The large-format journal of ideas spins off from its main backer, the Tikvah Fund. 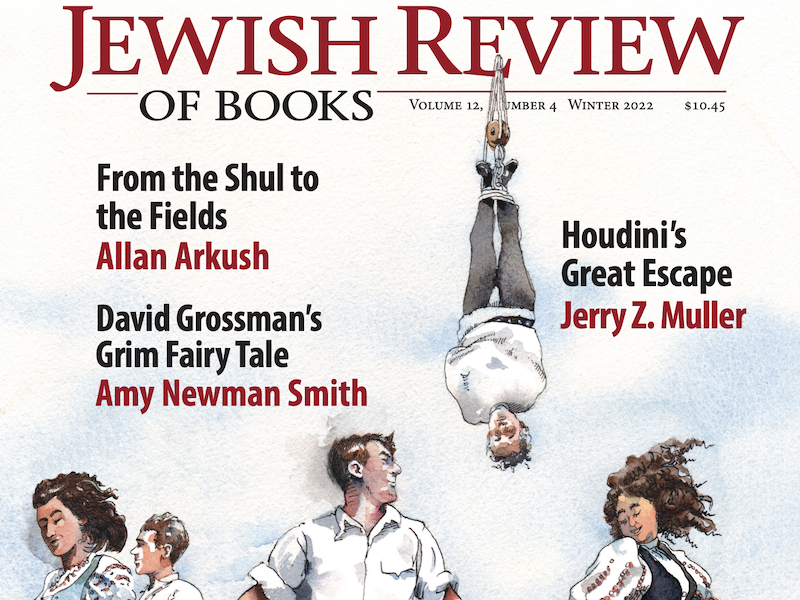 The cover of the latest issue of the Jewish Review of Books.

After 12 years under the umbrella of the Tikvah Fund, the Jewish Review of Books (JRB) has spun off into an independent publication with its own eponymous foundation.

The publication’s founding editor, Abe Socher, said the Jewish Review of Books Foundation will make sure that the quarterly magazine receives the attention it deserves while the Tikvah Fund focuses on other projects. The magazine features book reviews as well as other cultural criticism and coverage of the Jewish intellectual world.

Socher, a religion professor emeritus at Oberlin College, characterized the decision as mutual, and said Tikvah had been “enormously supportive” in the past. “I wanted to make sure that such a publication would continue to thrive and this seemed the best way forward to me,” Socher told eJewishPhilanthropy. “It wasn’t [Tikvah’s] number one priority. So the thing to do was to start a foundation where it was the number one priority.”

Socher said he expects continued donations from some Tikvah Fund donors as well, in addition to subscription revenue. The magazine has a sticker price of about $40 per year, and approximately 7,500 paid subscribers. It requires somewhere between $500,000 and $1 million in grants and donations per year above subscription and advertising revenue, Socher told eJP.

Hoffman told eJP that Mandel decided to fund the JRB Foundation because it admires both the magazine’s content and its print format, especially in an age when content of all kinds has gone increasingly digital. The magazine’s print content is accompanied by illustrations and published in a large-print edition that, Socher joked, makes it difficult to surreptitiously read in synagogue.

“We think this is a piece that needs to be able to [be] held in your hand, sit on your table for a little bit, come back to it. Online reading doesn’t allow that to happen as easily,” Hoffman said. He added that funding JRB hits Mandel’s “sweet spot” because the foundation focuses on both the humanities and Jewish life.

Tikvah, by contrast, is placing a greater focus on digital media, executive director Eric Cohen told eJP. In addition to the digital publication Mosaic, Cohen said Tikvah is funding a growing number of video courses and podcasts. He told eJP that JRB was “one of our greatest successes” at Tikvah, and added that the independent foundation would ensure “that JRB would continue to have the same full editorial independence and commitment to excellence, under Abe Socher’s ongoing leadership, that JRB always had at Tikvah.”

Ruth Wisse, who is a senior fellow at the Tikvah Fund and on the magazine’s editorial board, told eJP that the split was a natural step in the evolution of a magazine of ideas. “It wasn’t done out of a spirit of wanting to dissociate one from the other,” she said. “I think it’s basically a financial decision… It was time for JRB to establish its financial autonomy since it could find independent support the way magazines do.”

Socher did not attribute the spin-off to ideological differences with Tikvah, which leans to the right, though he did say that being independent would allow the magazine to embody “the conviction that the ideas and achievements of Jewish religion, literature and scholarship are interesting and valuable in and of themselves. They’re not reducible to any position or program, no matter how worthy.”

But Hoffman did say the magazine would continue to have certain ideological boundaries. While he hopes the magazine will publish more younger Jewish scholars, he said it’s unlikely that it will give space to those who say “Israel’s a colonial state,” though he said books expressing that view may still be reviewed. He does not think that policy will be an impediment to engaging younger voices.

“Jewish life is so much bigger than only Israel,” he said. “We’re not going to get hung up on that issue.”

Socher said he has no major plans to overhaul the magazine’s style and content, which are intellectually and aesthetically akin to similar publications like The New York Review of Books. The latest issue of JRB includes a feature on tensions surrounding spirituality within Modern Orthodoxy, as well as pieces on secular Zionist folk music, the Confederate Jewish politician Judah Benjamin and a new biography of Harry Houdini.

“Obviously, there are some pieces that we’re very proud to publish that could appear in Tablet, or The New Yorker or Commentary or The New York Review of Books,” Socher said. “But there are others that dive more deeply into Jewish history, thought, culture, that I think are distinctively ours. I’m always really excited to publish those.”