Where federation funding for Ukraine has gone 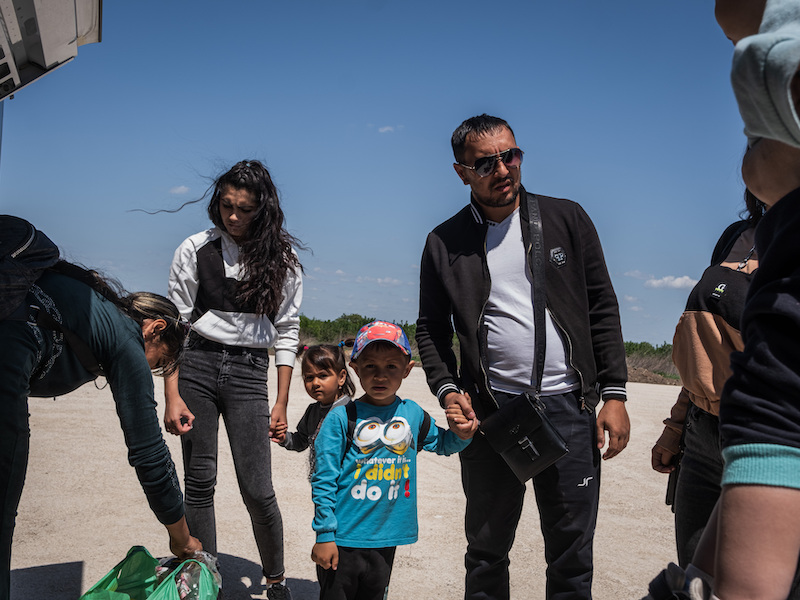 A family of Ukrainian refugees from Odessa prepares to board a bus to Romania from the refugee camp in Palanca, Moldova on May 16, 2022.

Jewish federations have allocated approximately $48 million in aid to Ukraine in the first three months of the war, according to a breakdown of federation funding obtained by eJewishPhilanthropy.

Funding for Ukraine, which was mobilized quickly following the Russian invasion in late February, has turned into a major, long-term priority for federations, which have sent money, volunteers and leadership missions to the region. Much of the money that has been allocated has gone to helping refugees move within and outside of Ukraine, but that’s changing as the initial surge of refugees has abated.

Collectively, federations have raised $60 million — around $25 million of which has been allocated via The Jewish Federations of North America (JFNA). The remaining $23 million has been allocated directly by local federations. The JFNA allocations largely track with the long-term plan JFNA laid out in March. The plan has four goals: refugee assistance, aiding immigration to Israel, helping Jews in Russia and Belarus and rebuilding Ukraine’s Jewish community.

Some $20 million 0f JFNA’s $25 million in allocations has gone to refugee aid — $13 million to housing, food, medicine, clothing and other humanitarian aid, and $7 million in total going to operations, security and transportation. Fifty thousand Jewish refugees have left Ukraine, according to the document, which also says Jewish organizations have provided shelter for more than 47,000 refugees and fed nearly 175,000.

Some $665,000 has gone to trauma relief, a much-touted Israeli area of expertise. The remaining $5 million went to facilitating aliyah, or Jewish immigration to Israel, for approximately 20,000 Ukrainians, Russians and Belarussians — including around $1 million for the absorption of those immigrants, more than 10,000 of whom have become Israeli citizens.

“This took the hands of many, so we’ve been proud to be able to help many organizations,” JFNA CEO Eric Fingerhut, who had previously said that federations will commit more than $100 million to Ukraine aid, told eJP on Monday. “This has been a massive effort and frankly this is going to go on for a while.”

JFNA also set up a volunteering operation in March that sends Russian and Ukrainian speakers to aid refugees on the border. Fingerhut said that JFNA hopes to expand that initiative to include non-native speakers who can help with refugee resettlement. He said that he’s seen significant demand for volunteer opportunities but added that “volunteerism has to be useful and meaningful.”

One type of travel Fingerhut stood by are solidarity missions to the border by rabbis and other American Jewish leaders, despite aid workers’ recommendations that only those with knowledge of the language and culture, or other specialized skills, travel to volunteer. Others have said the trips divert resources from refugees. But Fingerhut believes firsthand knowledge of the crisis motivates people to continue donating.

“We continue to believe that they are in fact useful and that they give our community leaders a real understanding of what’s happening so they can go back and assist the rest of their community in knowing how best they can respond,” he said. “We’ve seen no evidence that this gets in anybody’s way. Everybody is always prioritizing the work that’s on the ground.”

But as the outflow of refugees has slowed, Fingerhut expects JFNA to turn its attention to the third and fourth prongs of its plan — assisting Jews in Russia and Belarus, and rebuilding Ukraine. Nearly half of the 10,000 new Israeli citizens are Russian, which Fingerhut says indicates that that country’s Jews are in need. Federation grantees on the Ukrainian border, meanwhile, have found that most Ukrainians hope to return home.

“They have left behind family and housing and businesses and such, but more importantly, there’s a very strong sense of nationalist pride in terms of the Ukrainian response [to Russia’s invasion],” Fingerhut said. “So I hear a lot from Ukrainians who have left about the desire to go back. We do expect, at some point, that the rebuilding efforts are going to be pretty significant.”