NBN hopes the recent rise in numbers means that it’s turning a corner. The organization acknowledges, however, that in some places the arrival of masses of American immigrants has created tensions. 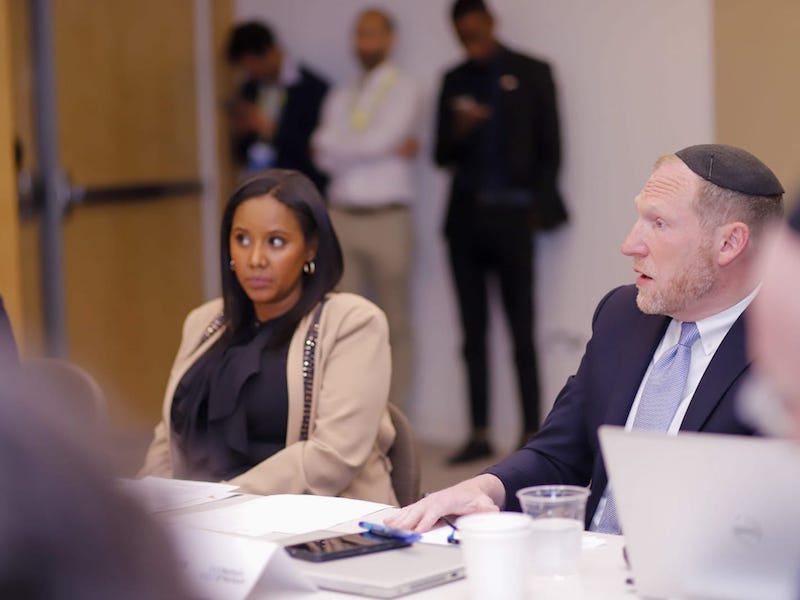 While would-be tourists to Israel faced a seemingly unending stream of obstacles over the pandemic’s first two years, one group of travelers to the Jewish state grew larger in 2021 — those who were coming to stay.

That was one of the takeaways from a briefing on Monday by Israeli Immigration and Absorption Minister Pnina Tamano-Shata and Nefesh B’Nefesh (NBN), which promotes and facilitates aliyah, or Jewish immigration to Israel, from North America. The group has existed for two decades and has long tried to meaningfully increase aliyah numbers from the U.S. and Canada, which have remained at the same level for at least a decade.

Now, NBN hopes the recent rise in numbers means that it’s turning a corner. The organization acknowledges, however, that in some places the arrival of masses of American immigrants has created tensions, leading some school principals, for example, to segregate American students into separate classes.

“There’s an issue of fast-tracking people who want to hit the ground running,” Rabbi Yehoshua Fass, NBN’s executive director, said at the briefing. “Because they’re coming out of choice, people feel that they want to contribute. They’re doing this ideologically, so how do we make sure they can contribute as fast as possible?”

For at least the past decade, North American aliyah has remained at a rate of roughly 3,200 per year — a much smaller percentage of American Jews than, say, French Jews who move to Israel. But after barely dipping in 2020, numbers spiked to more than 4,200 last year, an increase of nearly 33% over pre-pandemic numbers.

The difference between aliyah from the United States and from places like France or Ukraine is that Americans generally don’t move to Israel to seek refuge from danger or persecution. So while immigration from France spiked to more than 7,800 people in 2015 following a series of antisemitic attacks, and while more than 20,000 Ukrainians have come to Israel since the beginning of the Russian invasion, Fass said that more Americans have been drawn to Israel not because of fear but because the pandemic made them realize they can work remotely.

“People who feel that they can continue and sustain their employment, that that was their barrier — now they’re able to move and they can live anywhere,” he said, adding that adjusting to the pandemic also meant that “we all had to somehow be creative and find a visceral way of connecting to our families. And if that had been the barrier, now people feel that they can somehow maintain their relationship and use technology.”

For years, NBN has said that rising antisemitism and political polarization — while they may drive Shabbat table conversations about moving to Israel — are not factors cited by many of those who actually make the move. Asked whether he was surprised that antisemitism wasn’t driving more aliyah, Fass told eJewishPhilanthropy, “The power of inertia is very strong, and when you are set and fixed in your ways and in your lifestyle, your antennas are somewhat dulled and you don’t see certain messages.”

Increased American aliyah has come with its pitfalls. Fass cited a school in the central Israeli city of Beit Shemesh, a popular destination for Orthodox Americans, whose students are 80% native English speakers. When he mentioned that in a recent meeting with Israeli school principals, “They were bemoaning the fact that they have too many Americans in their schools,” and that some have begun segregating the Americans, Tamano-Shata cut in, in Hebrew, and said, “That’s against our policy.”

“Our policy is integration, integration, integration,” said Tamano-Shata, who is herself an immigrant from Ethiopia, recalling that similar tensions arose in the past surrounding Ethiopian-Israeli students. Switching to English, she said, “We believe that if we want to help the children acclimate quicker, we need to integrate with other children.”

One of the ways Fass hopes to perpetuate the upward trend in North American aliyah is by targeting specific professions, like tech workers who can fill a shortage of coders in Israel, or doctors who can address anticipated gaps in the medical system. The organization, along with Tamano-Shata’s ministry, is also trying to address new immigrants’ mental health challenges.

Fass acknowledged that, absent a crisis, American aliyah numbers won’t jump to the level of the recent Ukrainian aliyah. But he added that spikes in immigration that are driven by crises are temporary in nature, whereas he hopes to see a steadier increase of those who move to Israel by choice. The question now is, after more than 20 years, whether that’s about to happen.

“The people who are not running away from something — how do we sustain it?” he told eJP. “Right now, the network we have with employers and businesses that want Americans to come, that happens only after multiple years of them experiencing this influx.”