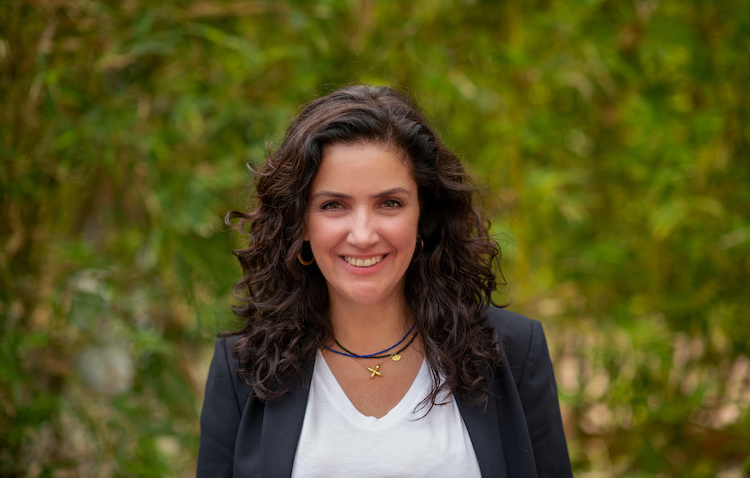 As charitable giving by individuals declines, the Gates Foundation is working to reverse the trend by supporting the creation of Philanthropy Together, a new organization that supports the creation of giving circles. An ancient form of philanthropy that’s become increasingly popular in the last few decades, giving circles could be even more popular if more people knew how to create their own, said Sara Lomelin, Philanthropy Together’s executive director, in an interview with eJewishPhilanthropy about the group’s connection to the Jewish community and its ambitious targets.

Helen Chernikoff: How did you first encounter giving circles?

Sara Lomelin: I’m from Mexico City, and my family and I were living in Dallas. With a group of Mexican and Latina friends, I started a giving circle without even knowing what a giving circle was. We pooled donations to support organizations working with Latino mothers. Then we moved to San Francisco, and a friend of mine was on the board of the Latino Community Foundation. She said I should apply for an open position in development, and when I said I had no experience doing that, she said, “That thing you started in Dallas is a giving circle. You know how to raise money.”

HC: When did you start creating giving circles professionally?

SL: I met with the women who were hiring [at the Latino Community Foundation], and I said to myself, I don’t care what they ask me to do — get the mail, clean the bathroom. I need to work here. I joined to lead corporate development and individual fundraising, and the foundation had very few individual donors. I started giving circles as a way to bring in more individual donors.

HC: Did you do that by drawing on your own experience creating your own?

SL: I did do some research. I found Asian Americans and Pacific Islanders in Philanthropy, and they had some information. And then I found Amplifier, now part of The Jewish Federations of North America. Then, they were independent, and offering so many resources. The information was so rich, even though it was totally focused on Jewish values. At the end of the day, Jewish values are human values. To repair the world, to care for each other, to support the community. I started connecting with people from all over the giving circle world. Some of us were in a collective giving program sponsored by the Kellogg Foundation, which has been funding collective giving for more than 20 years. But there wasn’t any formal infrastructure to support a movement of giving circles.

HC: Now there is. How did that change?

SL: The Gates Foundation gave $25,000 to an effort to gather giving circle leaders — and Amplifier actually spearheaded this — to brainstorm about how to grow the movement. That was in 2017. We were about 40 people, and for two days, we thought about it. We knew we needed something, but we didn’t know what. A website? A research project? An organization to support giving circles at the national level? We went back to the Gates Foundation and said we wanted to move forward, to figure out what we needed and create it. The Gates Foundation supported that for a year. We were coordinated by an amazing consultant, Isis Krause, who also helped create Amplifier.

HC: Can you describe the process of creating the organization?

SL: We met every couple of weeks for 90 minutes on Zoom — this was before the pandemic. We interviewed researchers, activists, funders, giving circle leaders and members of giving circles. We talked to people who don’t call themselves giving circles, but are. Then 100 people gathered at the Gates Foundation in April of 2019. We were in a room full of Post-it notes. We did this in the way that giving circles work – collaborative and transparent. And we came back to the Gates Foundation for the plan to create what Philanthropy Together is today, which is an infrastructure organization to scale the giving circle field. [We] launched in April 2020, in the middle of COVID.

HC: Why did you decide that infrastructure was needed?

SL: Giving circles are incredibly diverse. There are 1,600 of them in the United States. Half are supported by memberships in networks. Half are independent. There are people sitting around a table giving $20 a month. There are people giving six-figure gifts every year. We couldn’t just put out a set of resources. There needed to be a personal element to it. We need to bring new people in, and we need to support and strengthen the people we already have.

SL: We have a YouTube channel to get the word out. It profiles different circles and offers practical information. We have a giving circle incubator, called Launchpad. It’s a free five-week program; you get everything you need to start: how to get members, governance, grantmaking, marketing. After that, we offer group coaching and one-on-one coaching. We have trained so far a little over 300 people. We have the Global Giving Circle Directory, and there have been 242 new entries since we launched on April 1. We recently embedded it on Giving Compass’ website, and will do so on Charity Navigator’s website, too. We will also have an annual convening. It will be three days next year at the end of April or the beginning of May, online. To learn, to share, to be in community.

HC: The goals you’ve set for yourself are ambitious. Do you think you’ll achieve them?

SL: We are a five-year initiative. We were not conceived as an organization in perpetuity. Our baseline is [the] 1,600 giving circles counted in 2016, that had given $1.3 billion in 20 years. By 2025, we want to get to 3,000 giving circles, involving a total of 350,000 people, and give another billion. I feel confident that we will get there. COVID has been hard, I’m not going to lie. But we have seen a spike in virtual giving circles. There are about 2,300 giving circles in the directory now.

HC: Obviously, the Gates Foundation believes that giving circles will counteract the decline in individual donors. Can you spell out how that will work?

SL: We see a huge spotlight on the donations of billionaire philanthropists. But what’s unique about the giving circle movement is that we’re engaging with folks who are traditionally not considered philanthropists. These are the folks who are mobilizing and making a difference in their communities, by funding causes that have been traditionally overlooked and underfunded. As we like to say, “Communities know what communities need.” Everyone has multiple roles in movements for justice — it might start with writing a check, but by joining a giving circle, your role and impact can blossom into so much more.