Naomi Schaefer Riley on philanthropy’s strengths, and her new book about the child welfare system 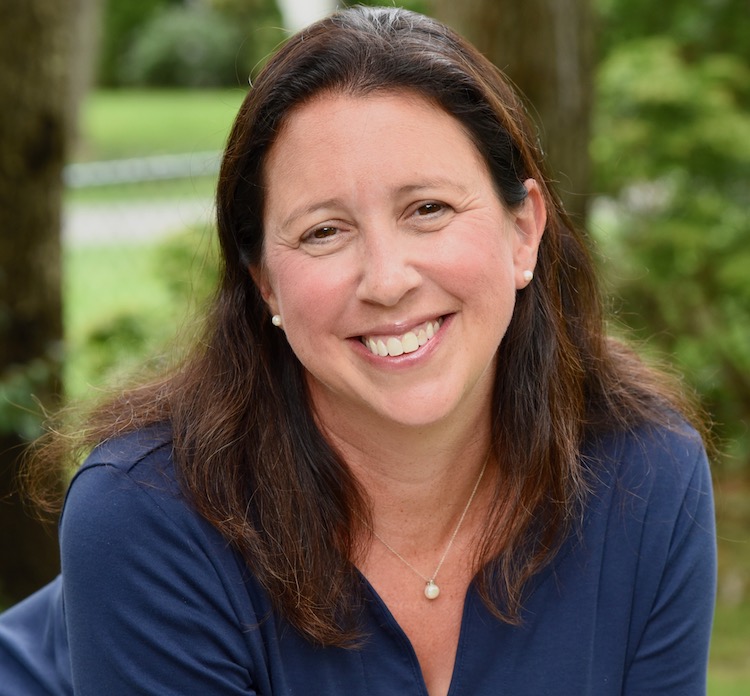 Naomi Schaefer Riley is a resident fellow at the American Enterprise Institute whose current work is focused on child welfare, although she also writes about philanthropy, higher education, religion, parenting and culture. The author of six books, including one about interfaith marriage, her seventh, No Way to Treat a Child: How the Foster Care System, Family Courts, and Racial Activists Are Wrecking Young Lives, will be published by Bombardier Books in October. Riley spoke with eJewishPhilanthropy about the child welfare system, why the percentage of donors is dropping and what she refers to as “trust-based philanthropy.”

This interview has been edited for clarity and length.

Helen Chernikoff: What motivated you to write No Way to Treat a Child?

Naomi Schaefer Riley: The reaction on both the left and the right to problems in the child welfare system were unsatisfactory to me. There are liberals who say the problem is money, and that this a problem that will be solved when we resolve the problem of poverty. And on the right, where I make my political home, a lot of people would say, “Well, this is what happens when you have a significant amount of family breakdown.” That is true, but completely insufficient. Family structure does have a lot to do with child abuse and neglect, but I think you can’t walk away from this problem after you say that.

HC: What did you find when you immersed yourself in the child welfare system?

NSR: It really revolves around the needs and the wants of adults. There’s a lot of sense that adults here are in some ways the victims. They’re victims of poverty; they’re victims of racism; they may have themselves gone through the foster care system. And so I think that there’s generally a sense that we should always be more understanding, even in cases where there’s clear evidence of abuse or severe neglect, and that we should always be giving the adults who are supposed to be caring for these kids another chance. There’s a reason that a lot of people are quite sympathetic to that. But we have to understand that in many of these cases, these people are either unwilling or unable to raise their kids.

HC: So what would some of your recommendations be?

NSR: First of all, some enforcement of the laws that are currently on the books. There was a law passed in the 1990s with bipartisan support called the “Adoption and Safe Families Act,” which said that if a child is in foster care for 15 of the last 22 months, the state is supposed to move to terminate parental rights. That law is regularly flouted. I talk to foster parents who’ve had kids in their care for three or four years, and then find that the state is now trying to move to reunify them with parents, many of whom they barely know. Getting courts and agencies to stick to those timelines is hugely important. Another law passed in the 1990s, called the “Multi-Ethnic Placement Act,” that says you’re not allowed to discriminate when you’re placing a child for foster or adoptive care. That law is also flouted. We see caseworkers and lawyers talking about whether a black child should be adopted by a white family. There are people who actually just want to erase the law from the books altogether, because they think race-matching is more important than finding a safe, loving and permanent home. The last thing that I’ll mention is a question for a lot of religious communities, including the Jewish community. I would like them to think harder about this issue. What can we do to recruit, train and better support foster families? I think there’s a role for philanthropy to play there.

HC: What would you say is philanthropy’s highest and best purpose in American society today, and has that changed recently?

NSR: I think the diversity of American philanthropy is one of its greatest strengths. Some will want to support research into a cure for a disease that someone they know died of. Other people obviously want to support the communities that are closest to them, whether it’s their synagogue or JCC or something like that. There’s so much creativity. Every time I talk to a philanthropist, I’m always amazed at what got them into it, and how passionate they are about it. And it feels like there’s even more of that now. The stereotype was that you make all your money and then when you reach a kind of ripe old age you start giving it away. There’s definitely a move among younger people to think about this much earlier.

HC: Yet the share of Americans who donate to nonprofits is at a 20-year low, even as the total dollar amounts being donated rise due to gifts from billionaires. What does that indicate to you?

NSR: The people who tend to be generous with their money, regardless of their level of income, tend to be very connected to a religious community. And those connections have started to wane. It’s not about cause and effect, but when you look at the factors that correlate with giving, those factors are becoming less salient in people’s lives. People did really just step up during the pandemic. And obviously, in some ways, it’s easier to give than ever. But if people are feeling disconnected from their community or society, they’re less likely to give.

HC: And then we go to the other end of the spectrum, the massive donations from the wealthiest people, like MacKenzie Scott and Bill Gates. There’s a lot of power in those gifts. There’s also a lot of efficiency.

NSR: A lot of the recent mega-gifts, although these don’t always make quite as many headlines, are in the field of medicine. People like [former New York City Mayor Michael] Bloomberg have given hundreds of millions of dollars. I don’t think people totally understand how much recently funded research helped us with vaccine development. Those kinds of mega-gifts do concentrate the minds of scientists.

I’m happy to criticize certain things that people give money to. But I’m not sure that the problem then is how much money is being given. I just think it’s the same thing as with free speech. I’m not trying to shut it down. The best thing is to have that competition. So yes, I think that there are some large foundations that have done pretty terrible things with their money, although a lot of the terribleness comes not from the gift itself, but from the way they have been able to co-opt public resources and government involvement in order to get what they want. There’s all the ways in which philanthropies are giving to the defund the police movement, for example.

NSR: The real underlying problem here is that everybody’s decided to put so many eggs in the political basket. I don’t know what the solution is to that. People are always trying to make these distinctions between 501(c)(3) [charitable] and 501(c)(4) [lobbying] organizations. It’s very hard to draw these fine distinctions. A reasonable person might, and I’m not saying I would do this, throw up their hands and just say that we’re not going to make these distinctions anymore, at least not in terms of taxes, and it’s too much for the federal government to try to monitor who’s doing that and who’s not. I don’t know if that’s the position I’d come down on. I do feel the frustration of people who feel like advocacy is taking over everything. I also feel for those people who say that they don’t know how we can police this fairly.

HC: And then there are groups who say that for them to really fulfill their mission, they have to do at least some advocacy.

NSR: You could probably make the argument either way. It all depends on what you want to use the money for. You could definitely make the argument that providing people with direct services is a better use of money than lobbying the government to give you more money. Because then you spend a lot of your time on that side of things, lobbying, and you also run the risk of getting co-opted a bit by what the government wants you to do. The extent to which nonprofits can maintain their independence is really important.

HC: Private funders also make demands of nonprofits as well. That’s something that has come up a lot in the context of MacKenzie Scott, and her way of giving unrestricted grants. It’s been called “trust-based” philanthropy. What do you think of that?

NSR: I think accountability is a good idea, which is to say, the funder doesn’t have to sit there going over every dollar and cent that they spend. But you might want to have some benchmarks for what you want. And then a year or two into a grant, or two years in, the funder might want to see what are the results. Building that into the grant doesn’t seem to me to be a sign that a funder doesn’t trust people; it’s just a sign that they’re a good steward of their money.

HC: What keeps you up at night?

NSR: When I open up the Chronicle of Philanthropy and everything I read is devoted to questions about racial disparity. I do despair, I feel like every conversation in this country is going to be about race forever and ever and ever. This is what we have to do all day long. My own children are mixed race, and when I think about the endless conversations they’re going to be forced to have… They’re at summer camp and it’s been decided that we have to do this over the summer, too. They’re already so skeptical. They’re almost cynical.