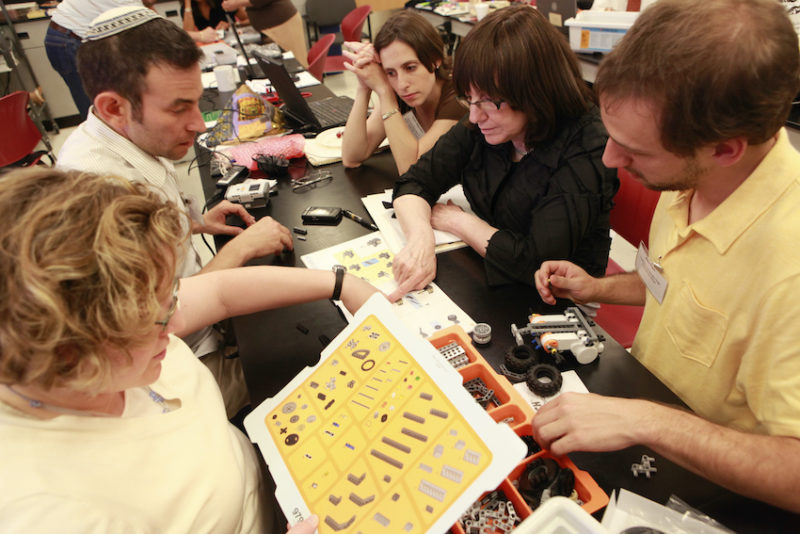 About 80% of the more than 1,000 Jewish educators recently surveyed by the Collaborative for Applied Studies in Jewish Education (CASJE) feel they are pleased with the people they work with, Arielle Levites, CASJE’s managing director, told eJewishPhilanthropy. “Workplace environments matter,” Levites said. “Feeling positively about one’s workplace helps retain talent in the field.”

These positive feelings about the workplace come from a shared sense of mission that contributes to a sense of satisfaction, self-efficacy and commitment, Levites said.

According to the survey, 76% of respondents said they were able to get help and support from their colleagues when they needed it, and the same percentage said cooperation and sharing of ideas was encouraged. Almost 80% said they were treated with respect on a day-to-day basis, and felt valued as a professional by their colleagues.

A day school educator quoted in the report described his school as “the most collaborative experience professionally I’ve ever seen … The only ego is, can we teach kids Torah better? The school is totally focused on the betterment of the children.”

These findings are a bright spot in a broader project, CASJE’s four-part “Career Trajectories of Jewish Educators Study,” that has also revealed “troubling” indications that Jewish education as a field needs to improve workplace conditions for educators “across the board,” said Wendy Rosov, whose Rosov Consulting firm participated in the CASJE project.

Rosov’s work showed that low pay, inadequate benefits and a lack of professional development act as deterrents to people who might otherwise enter the field, which also lags behind general education in understanding the importance of professional education, Levites said.

Fewer educators today report participating in professional development, being compensated for their time or receiving a stipend to cover the costs compared with colleagues surveyed by the 2006 “Educators in Jewish Schools” study, the most comparable study to the CASJE project.

The new study defines “educator” more broadly than the 2006 study, as one who educates or “engages” in a Jewish setting, regardless of the subject taught or whether the educator identifies as Jewish. That definition captures more and newer educator roles, such as those who work in camps, youth groups and adult education programs. The Jim Joseph Foundation and the William Davidson Foundation funded the CASJE study, which also conducted the field’s first-ever census. It found that there were 72,000 Jewish educators working in the United States in 2019.

Even seemingly good news about collegiality can have a downside, said Sharon Feiman-Nemser, the founder of the Jack, Joseph and Morton Mandel Center for Studies in Jewish Education at Brandeis University. However, research has shown that in similarly warm educational environments, colleagues feel constrained in their speech. “Collaborative” workplaces are more conducive to professional education than “collegial” ones, where “norms of politeness and the desire for harmony inhibit serious professional exchange,” she said.

Slightly fewer than half of the respondents in the new study felt comfortable sharing potentially unpopular opinions at their organization, while 45% said disagreements are voiced openly and discussed.