Researchers explored factors associated with both professional thriving and struggle 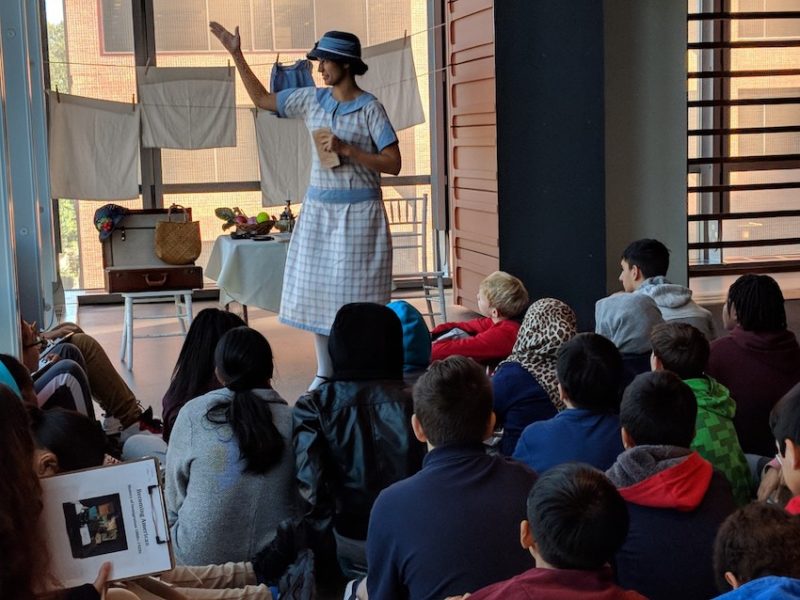 A new study from the Collaborative for Applied Studies in Jewish Education (CASJE) is aiming to improve the recruitment and training of Jewish educators by surveying not only those who work in the field — but also those who could have entered it, and chose not to. The study revealed “troubling data” that indicates that Jewish education as a profession needs to improve workplace conditions for educators “across the board,” as well as several other findings that form the basis of recommendations for funders and practitioners, Wendy Rosov, whose Rosov Consulting firm conducted the research, told eJewishPhilanthropy.

“We need great educators who are well-supported, who are working in positive workplace environments, who are compensated well, and whose personal and professional growth is being attended to,” Rosov said.

The paper, titled “Preparing for Entry,” is part of a broader project, the “Career Trajectories of Jewish Educators Study,” from CASJE and Rosov Consulting that explores Jewish educators’ motivations and career trajectories. In early June, the team released the results of the field’s first-ever census, which found that there were 72,000 Jewish educators working in the United States in 2019. Work on professional development, the labor market and a deeper dive into the census will follow.

Researchers have in the past studied Jewish day schools and yeshiva teachers, as in the 2006 “Educators in Jewish Schools” study by the Jewish Education Service of North America, said Arielle Levites, CASJE’s managing director. But the new study defines “educator” more broadly as one who educates or “engages” in a Jewish setting, regardless of the subject taught or whether the educator identifies as Jewish. That definition captures more and newer educator roles, such as those who work in camps, youth groups and adult education programs. The Jim Joseph Foundation and the William Davidson Foundation are funding the study.

To create “Preparing for Entry,” the researchers surveyed and interviewed individuals from three populations: those who are working as Jewish educators and intend to stay in the field; those who started to work in the field and left within five years; and those who participated in programs that tend to supply the field with educators but opted not to take that route.

This research yielded a new model by which the field might create smoother paths to lasting careers in Jewish education, said Alex Pomson, a managing director at Rosov Consulting. It’s a funnel-like process, which starts with participation in “seed sectors,” such as working as a Birthright Israel trip leader, or being a student leader at a campus Hillel. From there, a smaller number would proceed to “enabling opportunities,” like a training program at Yeshiva University’s Azrieli Graduate School of Jewish Education and Administration. The next phase would be the educator’s early job or jobs. Those who remain longer than five years tend to be committed to the field for the longer-term.

Of course, not all of those who serve as student leaders or staff Birthright Israel trips want to become Jewish educators, and their decision not to take that path shouldn’t be considered a failure, the report states.

However, by engaging with those who considered entering the field but didn’t, and those who left, the study is able to explore the “inhibitors” — those factors that thwart the desired career as an educator.

Researchers found that while experience in “seed sectors” is highly associated with long-term success as a Jewish educator, only a minority actually participated in those programs. The report recommends broadening access to them.

Low pay, inadequate benefits and a lack of professional development act as deterrents, according to the report, which quoted a former Jewish educator as saying, “I had taught in Jewish day schools, however, the pay is really low. Like, really low.”

“Education, and particularly teaching, is a complex field,” he said. “Approximately 45% of new teachers leave the profession within the first five years, often because they lack the comprehensive type of training and then support and mentorship to be successful.”

In day schools, the practice of systematically supporting new teachers has become more widespread, and other educational institutions should consider adopting it to overcome challenges that are specific to their place of work, the report states.

Assigning educators to a group of peers can also help nurture a helpful sense of being part of a larger, meaningful enterprise, Pomson said.

Other potential Jewish educators opted not to pursue the career because their notions of Jewish education were formed by their own early experiences, and not by the range of jobs, from museum educator to social justice leader, available to them today, Pomson said.

To reach these people, the report states, the field needs to undertake a more general information campaign that will challenge those preconceptions.

Despite this lack of support, the study reveals that the informal education sector enjoys a large supply of talented educators, Malkus said.

“Knowing this finding will allow us to better frame the work opportunities we do have to attract candidates who might have only been looking at newer, non-traditional education programs,” he said.