The goal is to introduce the Jewish social justice activists to their Israeli and Palestinian counterparts on the ground and familiarize them with progressive activism in the region. 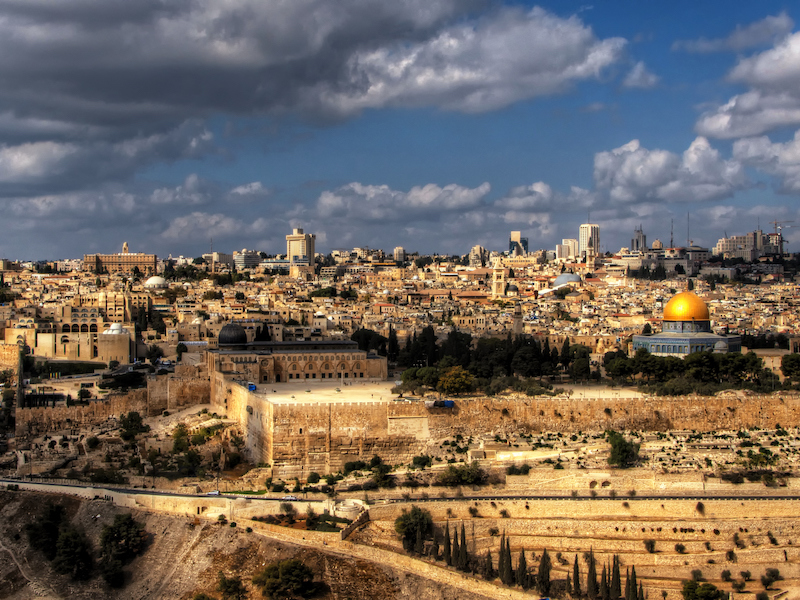 A view of Jerusalem, where much of the trip will take place.

For some progressive American Jewish groups that are focused on domestic issues, the go-to approach to Israel in recent years has been to say as little as possible. But as discussions about Israel in progressive circles have become increasingly fraught, discourse about the Jewish state has sometimes drawn in even those who sought to avoid it.

In June, the service group Avodah drew backlash when it hired, then fired, a social media staffer who posted harsh anti-Zionist tweets that were deemed by some to be antisemitic. Last year, hundreds of Avodah alumni called on it to boycott Israel, and dozens of non-Orthodox rabbinical students signed a letter accusing Israel of apartheid. And a year ago, the Sunrise Movement said it would boycott a rally for voting rights “due to the participation of a number of Zionist organizations” including the Religious Action Center of Reform Judaism, the National Council of Jewish Women and the Jewish Council on Public Affairs.

More broadly, accusations of anti-Zionism and antisemitism have surrounded large progressive movements from the Women’s March to Black Lives Matter.

Now, eJewishPhilanthropy has learned, the Jewish Social Justice Roundtable, a coalition of 80 U.S. Jewish groups, is leading its first-ever member delegation to Israel, beginning last night and lasting for eight days. The goal is to introduce the Jewish social justice activists to their Israeli and Palestinian counterparts on the ground and familiarize them with progressive activism in the region so that they’re better equipped to respond next time they become embroiled in a controversy about Israel.

“This trip is really about moving from avoidance to engagement,” Abby Levine, the roundtable’s CEO, told eJP. “The Jewish social justice field has for many years avoided the issues around Israel and the occupied Palestinian territories because it’s so divisive, and because there’s so much risk involved, and because it hasn’t been the primary focus of our Jewish social justice organizations [which] focus on a domestic justice agenda.”

The roundtable’s leadership would not reveal key details of the trip — including the organizations participating, the funders or the exact itinerary. But Levine did tell eJP that the trip has 28 participants representing 23 organizations — more than a quarter of the roundtable’s affiliates. The CEOs of a few organizations have said they’re on the trip, including Sheila Katz of the National Council of Jewish Women, Idit Klein of the Jewish LGBTQ organization Keshet and Rabbi Jill Jacobs of the liberal rabbinic human rights organization T’ruah.

Many participants have been to Israel before and engage regularly with the country, but for a handful, this is their first trip. The trip costs $260,000 in total and is funded by private donors. The roundtable’s total annual budget is roughly $1 million.

The New Israel Fund, which supports progressive activism in Israel, is helping organize the trip, and participants will be visiting Israeli and Palestinian groups in Israel and the West Bank. The group will meet with activists ranging from Haredi feminists in the Jerusalem neighborhood of Mea Shearim to Mizrahi activists to Palestinian businesspeople. The itinerary in Israel will be centered geographically around Jerusalem and Tel Aviv. Levine did not say which Palestinian areas the group would be visiting.

“We’re trying to kind of add that layer of understanding that there is a sector of justice seekers and justice leaders here in Israel and in Palestine who are pushing back against those harmful narratives,” Libby Lenkinski, NIF’s vice president for public engagement, who is taking part in the trip, told eJP. Part of the goal, she added, is to “just make those connections so that when these things happen, we can actually call up the person that we met that does labor organizing in Tel Aviv, or the Palestinian peace activist who started an organic farm.”

One thing the trip will not be doing, Levine said, is making proactive efforts to engage with supporters of the incoming Israeli government, which will almost certainly be headed by Benjamin Netanyahu and include Jewish Power, a far-right party. The trip was planned before the election took place.

“The purpose is for changemakers in the U.S. to meet with their peers… and [to hear] how social change activists here are thinking about making change for racial justice and economic justice and in terms of the conflict while also being citizens of this land,” she said. “Our folks who are coming on this trip live in a country where millions of people voted for Donald Trump as president and we don’t necessarily focus our energies in thinking about that whole world.”

Gidi Grinstein, the founder and president of Reut USA, which also focuses on fostering Israeli-Palestinian social entrepreneurship, said that a potential benefit of American Jewish social justice leaders meeting their Israeli counterparts could be seeing how efforts for social change in Israel often cut across demographics and political camps. Grinstein, who is not involved with the trip, said meeting with right-wingers as well as left-wingers is crucial to getting a complete picture of the sector.

“When people come out here, what they will see is, the politics have obviously veered very much to the right, but on the ground, the partnerships and the collaborations are crisscrossing Israeli society,” he said. ”All of them are working across the different demographic sectors.”

He later added, “If they’re not seeing anybody who supports Bibi Netanyahu, that would be a mistake… It will deny the social entrepreneurs who are coming from the United States the ability to see that there are social activists across the political spectrum… that societal ingenuity and entrepreneurship is not the domain of the left, not in Israel, not in America. It’s equally spread across society.”

Lenkinski said the trip is also not meant as a direct rebuttal to proponents of the Boycott, Divestment and Sanctions movement against Israel, known as BDS. But she hopes it will help participants feel more confident in understanding and engaging with Israeli politics, and figuring out what in that political discourse is acceptable to them.

“They’re also a real place where real people live,” she said regarding Israel and the West Bank. “Real social justice leaders and activists are breaking taboos, fighting for justice all the time.”