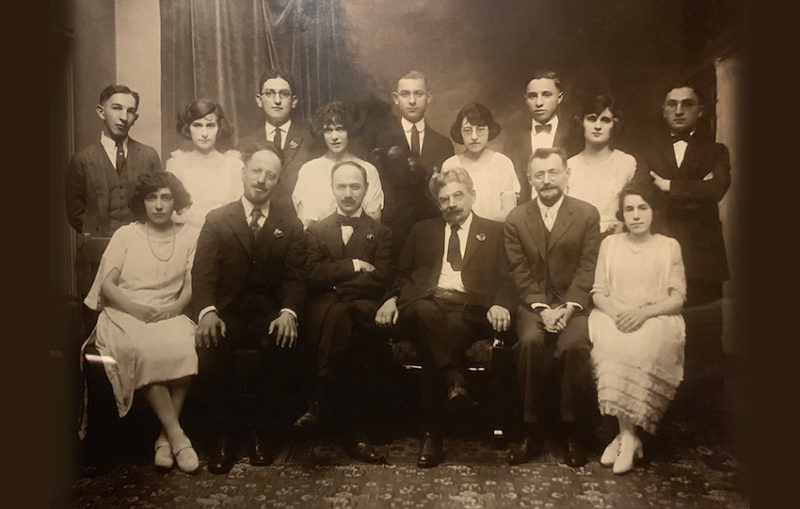 One of the Jewish community’s oldest institutions of higher education, Gratz College, sees an untraditional future for itself: one that melds traditional degree programs and also offers “stackable” courses, inspired by the tech industry’s coding camps, that can be pursued as single credentials and also combined into degrees, the college’s new president, Rabbi Zev Eleff, told eJewishPhilanthropy.

“That’s where higher education is moving. You do not need a master’s degree in order to be trained in something,” he said, comparing a master’s degree to an album of music and discrete credentials which teach specific skills to individual songs: “People are looking for the single and the B-side.”

Founded in 1895 as a teachers’ college of Jewish education from the estate of the Gratz family, which settled in the United States before the Revolutionary War, Gratz is the oldest Jewish institution of higher education that’s not affiliated with a religious denomination. The school, near Philadelphia, evolved to serve the needs of the local Jewish community, said Kathy Elias, an alumna of the college and its board chair. After World War II, Gratz gave European refugees — scholars and rabbis — pedagogical support.

Gratz trained congregational educators during the proliferation of suburban synagogues during the 1960s and ’70s. In the early 2000s, it started offering online education. Soon after, the school’s administrators began to notice a growing number of non-Jewish students who were pursuing their master’s in general education there, Elias said.

Today, at least half of the student population of more than 300 is not Jewish, Elias noted, adding that Gratz sees its future both in continuing to train Jewish educators, but also in offering secular courses to a population that appreciates its Jewish history and values.

“We are an academic institution that wants to be relevant to a broad spectrum of students, but has never abandoned the relevance of Judaism as a gift to the world,” Elias said.

In Eleff, the board found someone who understands the business of higher education, honors the role of education in the Jewish community historically and is also a scholar in his own right, she said.

Eleff is the author or editor of nine books, including most recently Authentically Orthodox, which was published in 2020 and explores the American context of contemporary Orthodoxy. Born in Philadelphia and raised in Baltimore, he was ordained at Yeshiva University’s Rabbi Isaac Elchanan Theological Seminary.

Wexner selected Eleff because the foundation believed he would be able to bridge the academy and the Jewish community, said Rabbi Elka Abrahamson, president of the Wexner Foundation.

“Zev is passionate about bringing ideas to the marketplace,” she said. “He takes Jews, all of us, seriously and has a playful side, a special kind of curiosity that brings about innovative thinking.”

It was also during that period that he served as research director of the Impact Genome Project, an effort to predict and measure the effectiveness of Jewish philanthropic investment. Funded by the Jim Joseph Foundation, the Marcus Foundation and the Charles and Lynn Schusterman Family Philanthropies, the project made Eleff a “data junkie,” he said.

On June 7, Gratz announced both Eleff’s appointment and the creation of a chancellor’s position for the former president, Paul Finkelman, who will also serve as a professor of history.

Under Finkelman, the college grew its student enrollment by more than 35%, started new master’s degree programs in interfaith leadership, camp management, and human rights and established a Center for Holocaust Studies and Human Rights.

Gratz’s combination masters-doctorate program in Holocaust and genocide studies has significant growth potential, Eleff said, while its biggest program is the master’s in education.

In 2018, Gratz earned $2.5 million in revenue from tuition and other program services, and about $770,000 in grants and contributions, according to its most recent tax filing. The school ended the year with $5.2 million in assets. Supporters include the Jewish Federation of Greater Philadelphia and the Samuel P. Mandell Foundation, which supports a fellowship in holocaust and genocide studies. In 2021, it was awarded its first grant from the Conference on Jewish Material Claims Against Germany. That three-year grant supports the cataloguing, indexing and annotation of the Gratz Holocaust Oral History Archive.

After Eleff orients himself to the job, he will begin working on a strategic plan that will consider the questions of how Gratz can grow by serving its mission, Elias said.

“We are not trying to be anything else except Gratz College,” she said.

In addition to pursuing the possibilities of “stackable” courses, also called “micro-credentials,” Eleff intends to expand on Gratz’s past partnerships with teachers unions and Jewish agencies such as the JCC Association of America and the Union for Reform Judaism (URJ), in which the college provided supplementary job training.

“As a credentialing institution with a deep understanding of the higher education marketplace, Gratz can create new programs and convene cohorts to support the training of Jewish professionals, as well as other professionals in fields that can be inspired by the vastness of Jewish wisdom,” he said.