Josef Zissels described an unvarnished vision of the future in which Ukraine and its Jewish community can both support themselves, even while under constant attack by Russian forces. 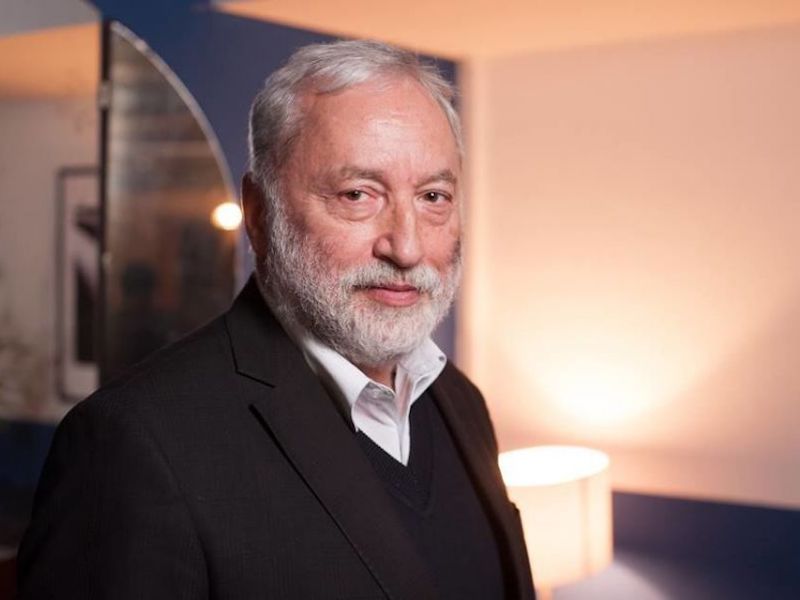 When Josef Zissels talks about how he’s fared during the war in Ukraine, he doesn’t begin with the Russian bombardment that started in late February. Instead, he starts by talking about 2014, when Russia annexed Crimea and began funding separatists in Ukraine’s east. That’s when Zissels began sounding the alarm about an invasion and, he says, not enough people listened.

Nor does Zissels, who has served for three decades as ??chairman of the Association of Jewish Organizations and Communities of Ukraine, anticipate that the war will be over soon. Rather, in a conversation lasting more than an hour with eJewishPhilanthropy, the former Soviet dissident and political prisoner described an unvarnished vision of the future in which he hopes Ukraine and its Jewish community can both support themselves, even while under constant attack by Russian forces.

Born in Tashkent, Uzbekistan, in 1946, Zissels became active in the Soviet refusenik movement in the 1970s and spent three years in a penal colony as punishment for his dissident activities. Since 1991, he has been at the head of Ukraine’s Jewish community and is also a vice president of the World Jewish Congress. He spoke out against Russian aggression in 2014 — “Its goal is to control Ukraine,” he told Tablet that year — and has remained in Kyiv during the past few months and kept working amid the bombing and fighting.

The rest of his immediate family has scattered, with some going to Moldova and others to Israel. He is not surprised that more than 10,000 Jews have left Ukraine; Jews, he said, “have this acute sense of history and danger and immigration issues that they faced for thousands of years… It’s our priority to see that the members of the Jewish community are safe.”

Ukraine’s Jewish community is no stranger to such dispersion: By his count, 17,000 of the 20,000 people with Jewish ancestry who once lived in the Donbas — the area attacked by Russian-backed separatists and then Russia — have since left that region. His priority for the Jews who remain in Ukraine, he said, is the same as his goal for the country: self-sufficiency. He understands the need for support from global Jewish organizations, but he’s hoping for a future where it’s unnecessary, and said the community “must rely on our own resources.”

“Of course our community will decrease largely in number. I understand that,” he said, adding that “even after the war, there will be a major Jewish community here, and I hope that we’ll eventually come to the stage when we’ll be 100% independent financially and when we’ll be able to provide financial help to Israel and to other communities.”

Money has been the primary way American Jewish groups have supported the war’s victims, sending tens of millions of dollars in aid that has gone to evacuation efforts, health care, resettlement, facilitating Jewish rituals and more. Israel has also sent humanitarian aid and set up a field hospital (which was shut down in recent days), in addition to sending defensive military aid.

But Zissels is hoping for more. He noted what he called Jewish institutions’ “neutrality,” and called on them to speak out more forcefully against Russian aggression, along with sending humanitarian aid.

“I understand the neutrality of the Jewish community, of their position, because they think about those 600,000 Jewish people living in Russia, and they think that if they say something against [Russian President Valdimir] Putin, there might be some oppression toward those Russian Jewish people,” he said.

Beyond aid, Zissels told eJP, “The Jewish community… has a lot of channels, and they could use them to tell the world more about this current threat… They have a lot of channels that could be used to pass this information to their governments.”

Complicity in the war, he said, extends to billionaires in Putin’s circle, and perhaps, he suggested, to Russian society at large. Zissels, however, feels that in the case of an autocratic country like Russia, the term “oligarch” is a misnomer because it attributes too much political influence to Putin’s allies. (“The only oligarch there is Mr. Putin,” he quipped. “The others are just rich businessmen.”).

Still, he supports the sanctions against Jewish billionaires close to Putin, regardless of how much they’ve donated to Jewish causes. In a few cases, he noted, like that of Alfa Bank, the sanctioned Russian financial giant, that money was made partly in Russia’s defense industry, producing the weapons and artillery that have been used to attack Ukraine for eight years. “I agree that if someone supports these policies [of Putin], these sanctions must be imposed,” he said.

He’s still in touch with friends in Russia, who he says do not support the war. But he’s worried about where that country is headed internally, and what it wants from its neighbors beyond Ukraine.

“For me, Russia currently looks like the Soviet Union,” he said. “Russia is moving from [being] an authoritarian power to a completely totalitarian state, with violence as a common practice. I want to be wrong about this, but I think that it’s not only Ukraine that Russia is interested in. Russia is interested in the whole world.”

In the face of that threat, Zissels said, he draws on his experience as a dissident, which he called “a very significant part of my personal identity.” While protesting the Soviet Union, he said, he learned that he needed to support himself, by himself. Now, he hopes Ukraine and its Jews can learn the same lesson.

“The most important thing is to rely on yourself. Not everyone can and wishes to help you,” he said. “Ukraine must count on its own resources while opposing Russia’s aggression, and if we do that courageously enough and effectively, the world will help us.”