JFNA General Assembly, in the shadow of elections, to focus on polarization, antisemitism and Ukraine 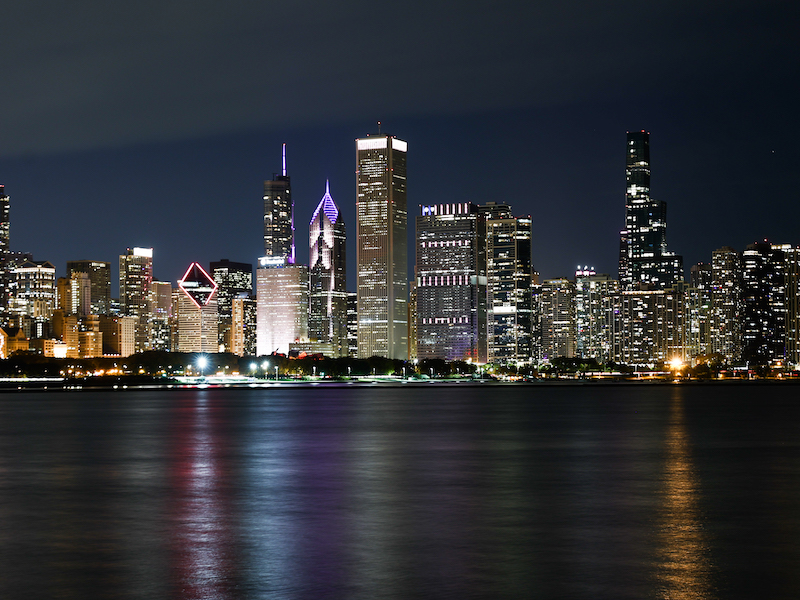 The GA will be held this year in Chicago.

When 1,200 Jews convene in person for the Jewish Federations of North America General Assembly on Sunday in Chicago, they’ll do so in the shadow of a number of major dates and pivotal global events.

The latest round of Israeli elections falls on Tuesday, the conference’s final day, with the Jewish state as politically divided as ever. The U.S. midterm elections fall one week later. Meanwhile, there’s the war in Ukraine, a nervous economy, challenges to democracy worldwide and antisemitism online and in real life. And while COVID-19 barely appears on the conference’s agenda, its legacy is present in a growing mental health crisis and changes to synagogue life.

Faced with that environment, the federations hope to do what they’ve always done — bring the Jewish community together across differences — though CEO Eric Fingerhut suggested that mission is particularly challenging now.

“The poles of the community are growing, the center is probably shrinking and that requires us to make sure we’re working hard to keep everyone working closely together,” Fingerhut told eJewishPhilanthropy. “We have to make sure we’re united across our values and our communal projects.”

One of the conference’s emphases will be viewpoint diversity: The opening session of the conference’s sole full day, on Monday, is dedicated to that topic. Fingerhut said rising polarization has made cooperating across the political divide an urgent challenge.

“We have to remind ourselves and perhaps relearn to some extent the skill of working with people who have differing points of view, respecting those differing points of view, but being clear that we can work together and must work together on the collective communal priorities,” Fingerhut told eJP. “We do live in a time where polarization has increased and we know that social media exacerbates it, our demographic changes — where we live — exacerbates it, so we have to make an effort.”

While Fingerhut stressed the importance of consolidating the Jewish political mainstream, he was reluctant to discuss what would lie outside of it, acknowledging only that supporters of the movement to boycott Israel — a group found predominantly on the left — as well as racists and antisemites, wouldn’t be welcome. “The point isn’t to set where the red lines are,” he said. “The point is to show people that there is so much we can work together on.”

Aside from that, confronting antisemitism — and ensuring the security of Jewish institutions — is a key theme of the conference. Three sessions are dedicated to that area, including one featuring French Jewish philosopher Bernard-Henri Levy and Ambassador Deborah Lipstadt, the Biden administration’s special envoy to monitor and combat antisemitism. Another features Steve Dettelbach, director of the federal Bureau of Alcohol, Tobacco, Firearms, and Explosives.

“We’re in a moment where security remains one of our top challenges… in continuing to build out our physical security efforts,” Fingerhut said, noting that the Pittsburgh synagogue shooting occurred four years ago this week. “We’ve made enormous progress since then in building the security infrastructure of our community but we have much more to go.”

He added, “At the same time, antisemitism and its threat of violence have created a level of concern that exceeds anything that just physical security could address. And so, we need to take the good work that people have been doing for years to build relationships outside of our Jewish community, to be updated, modernized and reinforced to address the challenges of today.”

The third challenge Fingerhut noted is the war in Ukraine and its accompanying humanitarian crisis, an area for which federations have collectively raised $78.5 million — toward a goal set in March of more than $100 million. In the wake of recent Russian bombing campaigns, JFNA is placing a focus on humanitarian aid within Ukraine.

A session on Monday previews the next day’s Israeli election, whose outcome remains uncertain, but Fingerhut isn’t worried that the vote — or the elections seven days later in the U.S. — will overshadow the conference. Noting that this is Israel’s fifth round of elections since 2019, he said, “I have no doubt that we’ll be able to work effectively with whatever government the people of Israel choose.” He declined to comment directly on whether that includes Itamar Ben-Gvir, a far-right politician whose party is predicted by polls to be the third-largest in Knesset, saying, “We’ll see what the government is going to look like.”

This is the first in-person GA since 2019, and while one panel deals with synagogue life in a post-pandemic world, Fingerhut said the focus is now on the changes caused or affected by the pandemic, not on COVID-19 itself.

“There was a lost couple of years there,” he said. “So we’re dealing with it, but certainly COVID itself is not at the level of urgency that it was when we met, unfortunately, virtually the last two years… We have a number of issues in our community, some of which are the result of COVID, and some of which are just the changing demographics of the community. Those trends were underway before COVID, and are ongoing.”