The pandemic proved the importance of federation and ‘everyday’ donors, Solomon says 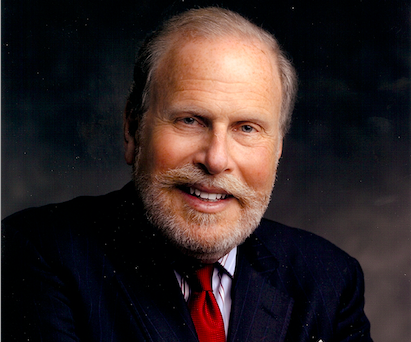 Jeffrey Solomon is one of the elders of Jewish philanthropy. The former president of the Andrea and Charles Bronfman Philanthropies, he also served as chief operating officer of UJA-Federation of New York and now sits on the boards of numerous organizations, including the Leichtag Foundation and the Jim Joseph Foundation. At this year’s Jewish Funder’s Network (JFN) conference, which began yesterday and runs through Wednesday, he’s promoting the rebranding and expansion of JFN’s youth philanthropy program, from the “Jewish Teen Funder’s Network” to “Honeycomb.” Founded in 2006, the teen network originally helped local organizations run philanthropy groups for young people. In 2017, with the hiring of Wayne Green as executive director, it created a new set of curriculum materials, in addition to training and consulting services for professionals who work with teens across Jewish settings, from federations to synagogues to camps. Solomon told eJewishPhilanthropy’s Helen Chernikoff that his years of work in the field has taught him that a person’s first donation is formative.

Helen Chernikoff: Why are you focusing on young people right now?

Jeffrey Solomon: Jewish teen philanthropy takes young people on a journey. It stays with them their whole lives, and it really represents the sweet spot of personal development, Jewish identity and American identity. What we learn in adolescent psychology is that identity is formed in the late teens and 20s. As a community, we invest a great deal in ensuring the continuity of Jewish life, and philanthropy is part of what holds us together as a community. So for me, the Honeycomb name is such a great metaphor. It’s the sweetness that you taste on Rosh Hashanah, and in the study of Torah. It’s work: Every bee has his or her responsibilities. It’s learning to be a community and not only an individual.

HC: Why was the rebrand necessary?

JR: Jewish Teen Funders Network is not exactly a sexy name, and in some ways, it’s a little intimidating. What does it mean to be a funder? It suggests a level of giving that is beyond most teens, and with all of the new curriculum material and Honeycomb’s partnerships with federations and camps and community centers and synagogues, the idea of reimagining Jewish teen philanthropy really speaks to another thing teens like. They like to reimagine, and to be at moments of change.

HC: This sounds like a pet project for you.

JR: It is a pet project, in part. I’ve had conversations with hundreds of philanthropists, and I often would ask them: “When did you make your first gift?” And it’s fascinating, people who are giving away millions of dollars will go back to the first time that they gave away their allowance, or they’ll go back to that UNICEF drive, and they talk about it as if it was yesterday even though it may have been 60 years ago. But one of the things I have seen is that their philanthropic lives were shaped when they were that young. They’ll talk about how the Friday-evening ritual in their homes was parents putting coins in a blue box, and this made them want to be philanthropists later in life.

HC: When did you make your first gift?

JR: I was 11 or 12 years old. Trick or treating. It was collecting for UNICEF, actually. You’re bringing back the memories. My parents were refugees from Germany who came in the late 1930s and being a child of survivors, you knew how bad things could get. That certainly had an impact on lots of aspects of my life, not the least of which was choosing to go into this field.

JR: I do think the pandemic has reminded people of how important philanthropy is. Look at the financial decline of federation. The pandemic has changed that. People see that federations are responding to community needs. My wife right now is at the federation building, and she’s stacking food into people’s cars. It reminds people of why we need this infrastructure — to meet human needs. Also, the foundations are working together. With JCRIF [the Jewish Community Response and Impact Fund], the foundations are working together around the pandemic. That’s a major game-changer.

HC: Philanthropic leaders like Bill and Melinda Gates are talking a lot about the need to reaffirm the importance of the “everyday donor.” What do you think?

JR: I do think we need to do that, and it’s one of the amazing fringe benefits of Honeycomb. We read about these extraordinary gifts, and someone who can afford to give $50 or $100 might say, “What difference does my money make?” We desperately need to revive that kind of giving. It is so important that we recognize that the $50 gift may be more of a sacrifice to someone than the $10 million is to the major donor. That giving represents not only the act of doing good, but also the feeling of being responsible for one’s fellow human being. We don’t spend enough time and effort helping people know that they are making a difference at every level of giving.

HC: How did we get to this point where we need to “revive that kind of giving” as you put it? Was there a time when the conventional wisdom said missions could be better served by focusing on big donors?

JR: This was part of the debate that I engaged in during my years at UJA-Federation. The debate would be along the lines of, “How much did that last gift cost us?” We should  focus on the larger gifts, but the error in that thinking is that the number of gifts is a referendum by the Jewish community. Here again, one of the beautiful things about Honeycomb’s work is with giving circles. Teens pool their money and meet with potential recipient organizations, and see how important that pool of money is to that recipient organization.

HC: Is there a kind of lost generation — older than the teens — that need to be re-taught about the importance of even small gifts? How do we reach those people?

JR: I do think so, yes. If you look at the federation system on an inflation-adjusted basis, its best year was 1948. It got gifts from one out of every two Jewish households. Now back then, we’d lived through Holocaust, and the creation of state of Israel. People gave from their heart. Now to get to people’s hearts, you have to go through their brains.