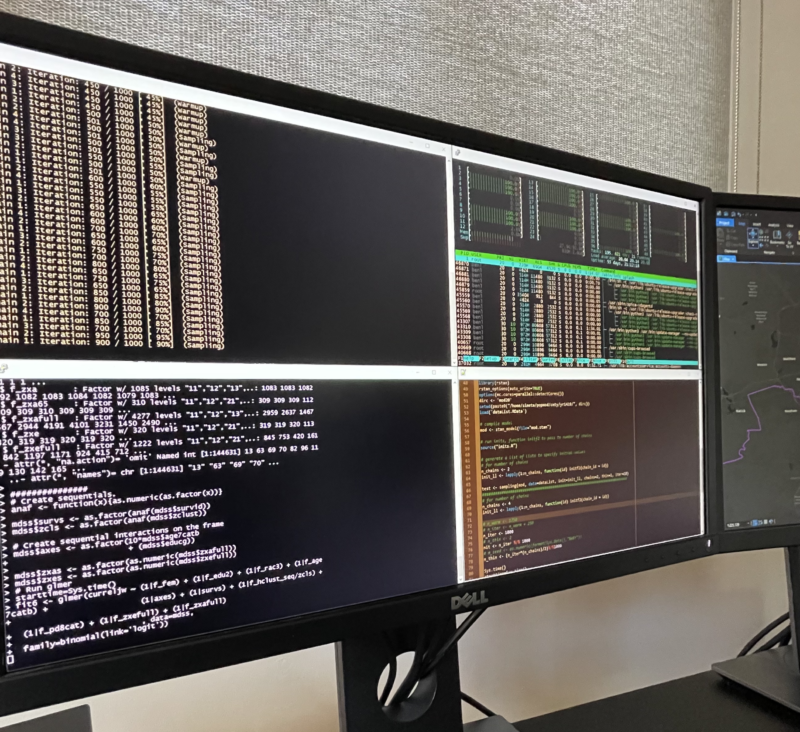 One would think that a small group would be easy to count. When it comes to the Jews, one would be wrong. Professor Leonard Saxe and his team at Brandeis University have been working on this problem since the Steinhardt Foundation for Jewish Life, with a gift of $12 million, endowed a research institute at the university about 15 years ago. Saxe says he has developed a methodology that results in a more accurate census, and that there are 7.6 million American Jews, according to his latest survey, compared with a 7 million estimate in the 2019 American Jewish Yearbook and a 5.7 million estimate by Sergia DellaPergola, also in 2019. Saxe spoke with eJewishPhilanthropy about the intellectual and spiritual challenges of counting people.

Helen Chernikoff: What was the mood in the field of Jewish demography when you started?

Leonard Saxe: If you go back to the National Jewish Population Survey (NJPS) of 2000-2001, the narrative of the “vanishing American Jew” had taken hold. That study suggested that even amid large-scale immigration from the former Soviet Union, the population was in decline due to assimilation and intermarriage. That was when I came into the field. I didn’t think that was correct. I didn’t think that was a reliable study. Turns out, coming up with an estimate of the American-Jewish population is an enormously complicated task, and I’ve spent the last 15 years trying to come up with a way to do it better. It has taken us all that time to compile sufficient data and publish in academic journals to validate our methodology.

HC: Why is it so hard to count the American-Jewish population?

LS: We are small, and what used to distinguish us — specific names, living in Jewish neighborhoods — no longer does. Because of the U.S. Constitution, and the traditional separation between church and state, the census doesn’t include a question of religion or ethnicity in a way that would enable us to measure the Jewish population.

So in most surveys, political polls, for example, we know there should be 50% men and 50% women, because that’s what the census tells us. And if in a survey we get 60% women and 40% men, we can do what’s called “weighting.” We adjust our figures to represent the population. We can do that with age, and income, and place of residence. But we don’t have that census information about who is a Jew, so we have no way of weighting these surveys.

HC: How do you deal with that problem?

LS: We synthesize data from multiple sources. A typical survey has 1,000 people in it, whether it’s Massachusetts, or the entire country. Sometimes there will be 2,000, or 3,000, but that’s usually because you want to look at subgroups. If there are 1,000 people in a survey, there are only going to be 25 Jews, so that’s not going to be enough to tell you anything about the entire group.

What we do is collect surveys done by the very best survey organizations — academic and government — and we put them all together. So in this latest study, we have a sample size of 1.4 million, not 1,000. The statistical problem is how do you account for the fact that they come from several hundred different surveys. We do very complicated modeling procedures. We have compiled sufficient data, and published to academic journals to validate our methodology. Now we have the hechsher [certification of kosher status] to make the claim that we know how many American Jews there are. Another way we validated our statistical approach was by doing a census in Canada, where they do collect that information in their census. We combined data from multiple sources and could predict the total Jewish population, and the population in centers as well, such as Toronto and Montreal.

HC: How do you explain the seeming growth in the population between the National Jewish Population Survey and the one you just published?

LS: Intermarriage has not been the end of Jewish community, and for two reasons: Acceptance of intermarriage means the Jewish partner still retains their Jewish identity. There has also been a dramatic shift in the identification of children of intermarried parents. If you were born before 1981, there was about a 30% chance you would identify as Jewish when you turned 18. After 1981, in the millennial generation, that figure climbed to 60%. Also, the United States continues to be a place to which Jews from around the world immigrate, from South America, the former Soviet Union, there’s a lot of traffic from Israel. There’s also just natural population growth, not in any specific region or among any particular group.

We think the estimate in the American Jewish Yearbook is low because it depends on outdated studies of Jewish communities. Sergio DellaPergola has a much lower estimate because he makes a distinction between what he calls the “core” Jewish population. That’s based on a question the Pew Research Center on Religion & Public Life used in “A Portrait of Jewish Americans,” its 2013 study, which asked people if they were “partially Jewish.” DellaPergola took those people out.  The new [2020] Pew report will be released in the next few months, and their result is going to be close to ours.

HC: Moses counts the Jewish people repeatedly in the desert. Does that lend extra meaning to your work?
Bamidbar [a chapter in the book of Numbers] starts with this elaborate census. For me, the most fascinating thing is that when we read Bamidbar, we also read Hosea [the accompanying prophetic reading], chapter 2. In Hosea, it says the children of Israel are so precious you should not count them. Rashi [a medieval commentator] says each soul is so precious, you don’t want to make the mistake of not counting someone. Yes, counting is important. You need 10 people to form a minyan [the quorum required to say certain prayers.] We need to know how many people to feed, to house, to clothe. So the one hand is, we need this, and on the other hand, we are afraid that we will miss people. For me, this dialectic is the essence of Judaism.