Conservative Judaism does not need a ‘new narrative’ about intermarriage

The proposed new narrative undervalues the principled religious culture of Conservative synagogues, one that welcomes intermarried Jews and their families but does not seek to normalize intermarriage.

A recent article in eJP announced the formulation of “Conservative Judaism’s New Narrative about Intermarriage.” To justify the new approach, the article offers anecdotes about a handful of people and some sweeping assertions of dubious accuracy. Deriding the notion that intermarriage is in any way a “threat” to Jewish life, the article dismisses the “old narrative” equating intermarriage “with loss to the Jewish people,” a faulty premise that “did not have the benefit of new research. Now, however, we know that it is how the Jewish community responds to interfaith couples and families that determines whether and to what extent they engage with Judaism….”

New research shows nothing of the sort. To begin with the notion that intermarriage is benign, numerous studies offer evidence of a vast chasm separating intermarried families from inmarried ones on all measures of Jewish identification and behavior. Intermarried families are far less likely to observe Jewish religious rituals, identify with the Jewish people and Jewish communities, have Jewish friends, give to Jewish causes, care about Israel and feel it important that their own descendants are Jewish. Moreover, according to the most recent national survey of American Jews — Pew’s “Jewish Americans in 2020” — some 2.8 million people of Jewish background, meaning of Jewish ancestry, no longer consider themselves Jewish and 900,000 children raised by a parent of Jewish background are not being raised as Jews in any way — overwhelmingly due to intermarriage. If these staggering numbers don’t represent a loss to the population of 6.5 to 7.5 million American Jews, what does? 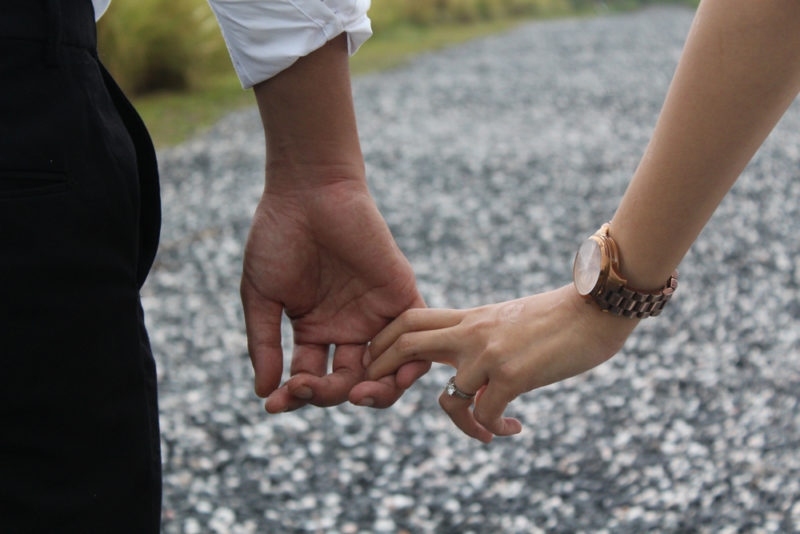 Nor is it true that the way the Jewish community responds to interfaith families determines their level of engagement with Judaism. The only substantiation offered for that claim is an anecdote about a non-Jewish man engaged to a Jewish woman who entered a Conservative synagogue (presumably bareheaded) and felt “alienated” when asked whether he was Jewish and offered a kippa and tallit, a gesture some might actually regard as welcoming. One can imagine that a non-Jew coming into a Conservative synagogue where the religious service is conducted almost entirely in Hebrew and accompanied by lots of unfamiliar rituals — such as people wearing prayer shawls and kippot, kissing a Torah as it is carried around the congregation, and otherwise experiencing an absence of the kind of decorum which is the norm during church services — may feel turned off because the proceedings are thoroughly alien. That sense of alienation won’t disappear unless Conservative synagogues adopt a lot more innovations than a new narrative about intermarriage.

Intermarried Jews who identify as Conservative and actively engage with religious rituals, involve themselves in Jewish communal life, and support Israel and Jewish causes already are members of synagogues. By contrast, those intermarried Conservative-identifying Jews who don’t join any synagogue generally evince little interest in Jewish living and community. It’s a fantasy to imagine that there is a large population of intermarried families otherwise engaged with Jewish life who are just waiting to join a Conservative synagogue if only congregations would be more hospitable.

But why, some ask, do so many intermarried Jews who were raised Conservative belong to Reform and Reconstructionist synagogues? The answer has little to do with “audacious hospitality” but with expectations and culture. Most congregations in movements to the religious left of Conservative Judaism employ far less Hebrew in the service, offer abbreviated religious services, eschew talk about conversion to Judaism and in other ways create a less demanding ambience for non-Jewish spouses.

The proposed new narrative undervalues the principled religious culture of Conservative synagogues, one that welcomes intermarried Jews and their families but does not seek to normalize intermarriage. Note what the new narrative seeks to change: it alludes to some rabbis discussing ways to officiate at wedding ceremonies for intermarrying couples, redefines the bima (the central prayer podium) as a place for everyone, regardless of religion, and extols the notion that non-Jews should have full membership status in synagogues. Nowhere does it acknowledge that there may be a price to be paid for taking such steps; it’s all presented as a win-win. Symptomatically, the article goes on to describe a rabbi’s offering Mazal Tov from the pulpit to an intermarried couple as “neither condoning nor condemning intermarriage.” But all these efforts at neutrality actually stack the deck toward totally normalizing intermarriage and reflect an unwillingness to articulate Conservative Judaism’s long-standing principles: Jews should marry Jews; and when they don’t, the best outcome is the conversion to Judaism of the non-Jewish spouse and those children who may not be Halakhically Jewish.

In fact, nowhere in the article about the new narrative are Jewish religious categories considered, beginning with the distinctions clearly expressed in the Torah and rabbinic discourse between the religious obligations of Jews and non-Jews. Nor does the article mention that even outside of Halakha different rules apply to citizens and non-citizens, or that most organizations distinguish between members and non-members. There is a tried-and-true way to join the Jewish people for those who want to do so.

No doubt, much of the motivation for seeking to create a more inclusive approach to the intermarried stems from warm-hearted compassion, the desire to treat people as they wish to be treated. But some practical realities also are spurring new thinking, most obviously the declining membership rolls in many Conservative synagogues.  Among synagogue members ages 65 and over, 36% are Conservative. For those 30-49, the Conservative market share drops to 20%. This represents a very significant loss, and it’s understandable that movement leaders would seek to devise ways to reverse these trends, including by convincing intermarried, Conservative identifying non-members to join.

To be sure, as we see from the foregoing, some intermarried families work hard to transmit strong Jewish commitments, and that effort pays off when their children are adults. But these families are the exceptions. Inmarried families, by contrast, are considerably more likely to raise Jewish children who as adults will participate actively in Jewish life, including joining Conservative congregations. Why not do everything to help the inmarried do their job, rather than make big changes to accommodate those whose outcomes are far less reliable?

Were the defections from Conservative synagogues solely due to intermarriage, perhaps it would make more sense to rethink policies toward the intermarried. But we know that many are leaving because they seek a more traditional ambience. Some of the best educated and knowledgeable younger Jews who were raised Conservative have founded and joined independent minyanim. And fully one-quarter of Jews who sometimes or more often attend Chabad activities identify as Conservative. Will these more tradition-minded Conservative Jews warm to the new narrative about intermarriage?

Jack Wertheimer is professor of American Jewish history at the Jewish Theological Seminary. He is the author of The New American Judaism: How Jews Practice Their Religion Today (Princeton University Press).