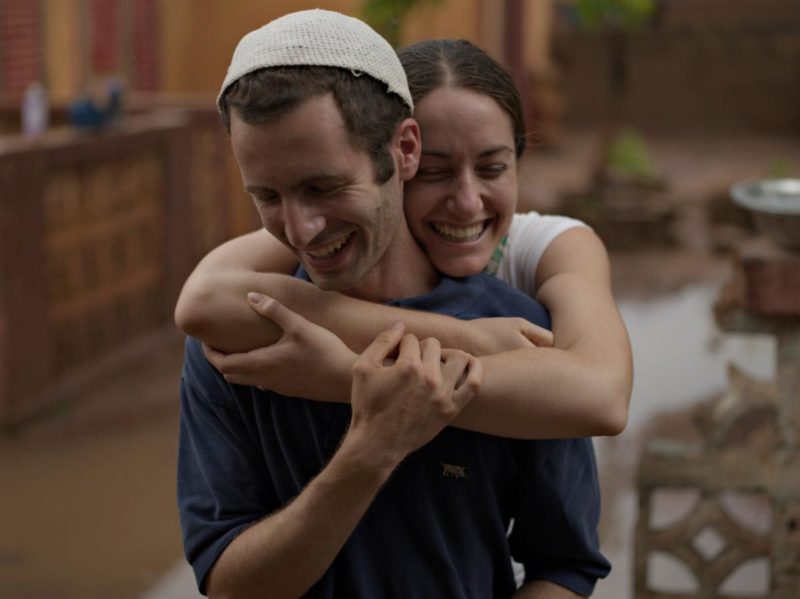 “No one should die waiting for health care” is the principle driving the efforts of Drs. Jessica Beckerman and Ari Johnson, the 2021 recipients of The Charles Bronfman Prize.

“Millions of people around the world die from curable diseases in settings of poverty, because they get care too late, or not at all,” Drs. Beckerman and Johnson, Berkeley, CA residents, point out. After witnessing this injustice in the West African country of Mali, they joined with a small group of Malians and Americans to establish Muso in 2005. Their organization, which has offices in San Francisco, CA and its headquarters in Bamako, Mali, where Drs. Beckerman and Johnson spend part of their time, provides community-based, proactive health care through door-to-door home visits, doorstep care, and quick and free access to public clinics.

“Delay in healthcare – in diagnosis, in care, in tracing – is a driver of the COVID-19 pandemic,” declares Dr. Johnson, who treats COVID-19 patients at San Francisco General Hospital, “and we at Muso design health systems to cure that delay that could be as applicable in the United States as they are in West Africa.”

The impact of Muso’s work is evidenced in Mali’s COVID-19 response. As it did during the Ebola outbreak in 2014, Muso is working with Mali’s government to create national systems for protecting patients and health care providers on the front lines, stopping COVID-19 transmission, and bringing oxygen treatment to hospitals across the country. “These initiatives are designed to stop the spread of COVID-19 in the short-term, and to foster access to quality health care for all in the long-term,” Dr. Beckerman explained.

Johnson and Beckerman respectively serve as CEO and Chief Medical Officer of Muso. Dr. Beckerman’s commitment to women’s health began in 2004 when she was a Brown University student assisting with an HIV study in Mali. Before Muso launched its first health care system, she returned to Mali on a Fulbright scholarship, working to understand what drives the preventable deaths of young women and infants. As a researcher in South Africa, Dr. Johnson, also a graduate of Brown where they met, studied youth access to HIV care, but found that his academic research was not preventing his neighbors from dying of AIDS. They moved to an impoverished neighborhood in Mali and set to work as healthcare organizers, learning from and listening to their neighbors about what might make a better system, leading to the founding of Muso. Seeing that additional change was needed, they trained as doctors to maximize their ability to serve.

Johnson is an Associate Professor at the University of California San Francisco where he completed his residency after graduating from Harvard Medical School. He has conducted research at the National Institutes of Health, the International Health Institute, Harvard University, and the Kuvin Center for the Study of Infectious and Tropical Diseases in Jerusalem.

Beckerman became an OB/GYN physician, with a degree in Medicine from the University of California, San Francisco, and completed her residency at Kaiser Permanente.

The Charles Bronfman Prize is an award of $100,000 presented annually to a humanitarian under fifty whose innovative work, informed by Jewish values, has significantly improved the world. It was founded by Ellen Bronfman Hauptman and Stephen Bronfman, together with their spouses, Andrew Hauptman and Claudine Blondin Bronfman, to honor their father on his 70th birthday.