Fundraising took a hit in early 2020, but recovered the next school year 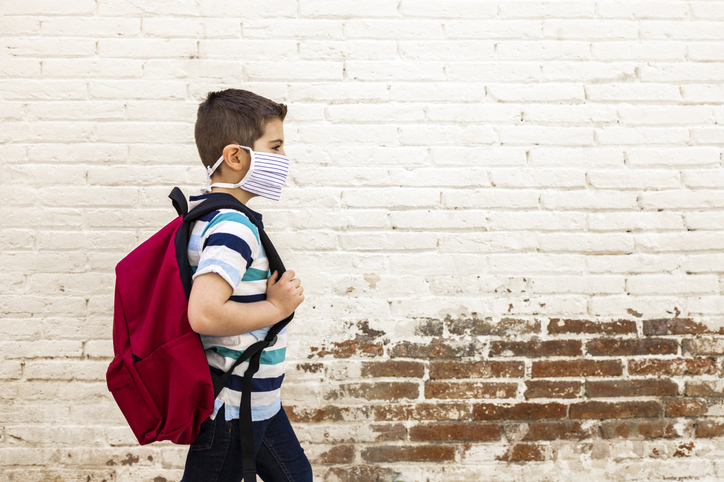 Three-quarters of Jewish day schools and yeshivas said they will be able to meet fundraising targets for fiscal year 2021, a dramatic reversal over the prior year when many failed to do so because of the pandemic, according to a new report being released today by Prizmah, a support organization for about 300 Jewish schools.

“Jewish schools are a communal priority,” Cheryl Rosenberg, Prizmah’s director of marketing and communications, told eJewishPhilanthropy, citing a 78% increase in federation support for schools related to the pandemic.

The report, “Year in Review 2021,” drew on several sources, including a group of more than 80 schools that collect data on finance, enrollment, fundraising and salaries for the purpose of creating averages against which individual schools can compare themselves.

Almost 80% of those respondents to the Prizmah survey received pandemic-related funding from their local federation or other Jewish organizations, including JCRIF, the Jewish Community Response and Impact Fund, an emergency fund launched in the early days of the pandemic, which also offered interest-free loans.

The average total annual campaign in fiscal year 2020 was about $1 million, yet almost half of the schools did not meet their 2020 fiscal year targets despite the surge of emergency relief, according to the report. The average shortfall was $160,000.

By August 2020, most schools knew they were facing financial challenges on several fronts: the need for tuition assistance increased by 16% over the prior year, an average of $145,000 per school, while COVID-related expenses averaged $173,000 per school.

Yet in fiscal year 2021, due largely to emergency campaigns and an increase or maintenance of gifts from major donors, 75% of schools reported that they will be able to meet or exceed their goals.

“Anecdotally, we know that most schools did not lower their targets,” Rosenberg said, indicating that this past year’s fundraising totals likely represent a recovery, rather than a lowering of expectations.

A number of schools indicated that they are considering tuition increases of 1%-2% in response to increased costs resulting from the pandemic.

The Prizmah report also included a section on students’ and educators’ mental health based on a survey  of school counselors, teachers and administrators conducted in February 2021.

“In the first year of COVID, everyone had to focus on the kids, but we learned that we also needed to focus on adults,” said Paul Bernstein, Prizmah’s CEO.

In the spring, Prizmah held a mental health summit to consider and begin addressing pandemic-related stresses on educators, Bernstein said.

In a similar vein, the network is planning to hold its first-ever retreat for heads of school in February, which will offer a moment for leaders to reflect and plan. It will also overlap with a summit for major donors.

“We are recreating these connections,” Bernstein said.

In the 2020-2021 school year, the non-Haredi Jewish school sector experienced an increase in enrollment for the first time in 20 years. Day school enrollment increased 1.8%; in non-Orthodox schools, it rose 4.2%.

Prizmah will soon launch a survey to ascertain whether the schools retained those students and should have the results in October.

Federation representatives in some of the largest day school markets report that retention among new day school families is expected to remain high, according to the report.

“The anecdotes seem to hold reason for optimism,” Bernstein said