The ReelAbilities Film Festival has become one of the premier venues for showcasing movies about disability, featuring actors and filmmakers with disabilities. 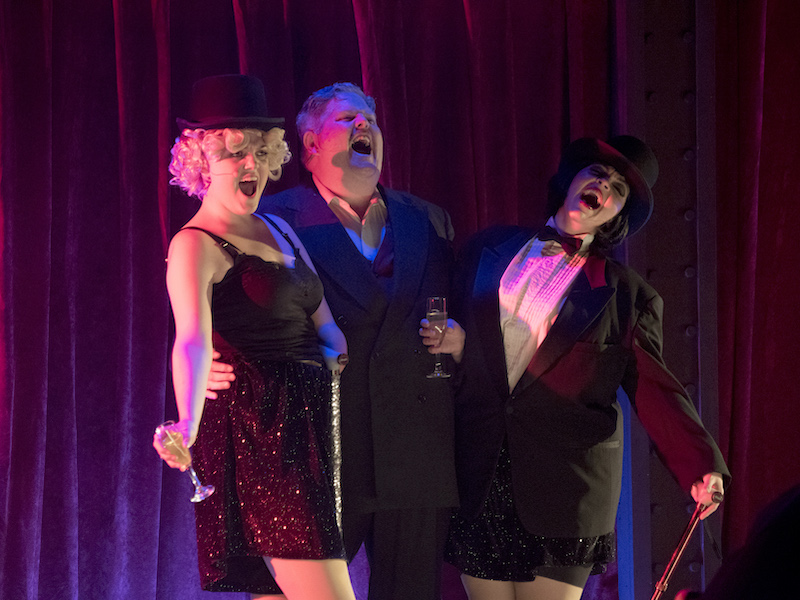 A still from the film "Imperfect," which is screening at the festival.

This coming Monday, at least 150 people — including representatives from the Sundance Film Festival, WarnerMedia and AMC Networks — will converge on what might seem like an unlikely location: Manhattan’s flagship JCC.

They won’t be there to learn Hebrew, prepare for Passover or use the gym. Instead, they’ll be attending a two-day conference on a topic not specifically related to Jewish life: How to make movies more accessible to people with disabilities.

The Film and Television Accessibility Summit is a new feature of the ReelAbilities Film Festival, which begins today at the Marlene Meyerson JCC on the Upper West Side of Manhattan and has become one of the premier venues for showcasing movies about disability, featuring actors and filmmakers with disabilities. It opens just weeks after “CODA,” a film about deafness, took home the Academy Award for Best Picture, and hopes to show that accurate movies about disability can be made — and can be made fully accessible to people with disabilities — without compromising the quality of the art.

The festival runs for a week and has taken place annually (and recently, virtually) since 2008. This year, Zablocki hopes to see 15,000 people attend screenings of 12 feature films and 30 short films both virtually and in-person. One of those attendees is slated to be Robert de Niro, who is expected on opening night. ReelAbilities has also inspired spinoff festivals in some 20 other cities, which screen many of the same films.

The festival didn’t grow directly out of the JCC’s core Jewish programming, and doesn’t carry Jewish themes beyond, as Zablocki says, the American Jewish community’s emphasis on “creating opportunity for all.” Zablocki created it after noticing that a movie he had screened, “Praying with Lior,” about a boy with Down syndrome preparing for his bar mitzvah, had piqued the audience’s interest in stories about disability.

Since then, ReelAbilities has emerged as an industry leader in screening films about disabilities ranging from deafness to cerebral palsy to autism. This year, for the first time, it’s screening a film by a filmmaker who is mute and not deaf. Many of the films feature other kinds of diversity as well.

“One of our partners gave us this list of criteria to reach as far as which films they would consider partnering on, and it had to be a film by a person with a disability, the actor needed to be a person with a disability, plus they needed to be members of other minority groups, people of color, specifically,” Zablocki said. “They had a list of six different criteria that we had to reach… We managed to find four films that actually fit their very progressive criteria.”

The festival aims to prioritize disability both on screen and in the audience: Every film is made as accessible as possible, whether that means providing captions, audio descriptions (which verbally describe events in a film for blind viewers) or — for the first time this year — a sensory friendly space that will provide a soft and calm atmosphere for those who are overwhelmed by the experience of watching a movie.

Such adjustments are what have drawn representatives from the film industry to the accessibility summit. They also aim to aid filmmakers with disabilities. Regan Linton — a co-director of “Imperfect,” a documentary being screened on the closing night of the festival about a theater group composed of people with disabilities who put on the musical “Chicago” — said that she faced obstacles addressing crowds at other festivals because she uses a wheelchair. Sometimes, she’d have to leave screenings of her own movie 15 minutes early to get in position.

“ReelAbilities is really setting the standard for what accessibility means, and helping film festivals achieve that is just extraordinary,” she told eJP. At other festivals, in order to reach the stage in a theater, she said, “We got some nice tours of the alleyways. That’s been my life for 20 years — where you see other sides of the world, where other people on two legs don’t go. You don’t have that audience-to-stage accessibility.”

Zablocki hopes the success of “CODA,” a film about a child of deaf adults (hence the title) that co-stars Jewish actor Marlee Matlin, who is deaf, will mark a “tipping point” in audiences’ reception of stories about people with disabilities — something he’s been working toward for 14 years.

“We’re seeing more and more representation,” he said. “We do that by reaching the mainstream, by crossing those boundaries. Our festival’s goal was not just to celebrate the disability community for the insiders… but actually use films to reach the outsiders, and what better way to change the culture than through movies?”