Hide Search
You are here: Home / Readers Forum / Israel and the Diaspora: Two Foci of a Single Ellipse 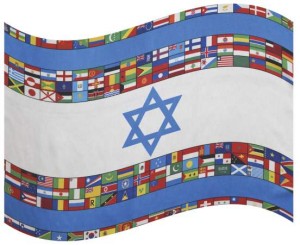 In 1949, Ben Gurion asked American Jewish parents to send their children to make aliyah. The request sparked a major kerfuffle among American Jewish leaders, based on their fear that American Jews would be accused of the serious charge of dual nationality. After much hand-wringing and back and forth, AJC president Jacob Blaustein went to Jerusalem in 1951 to discuss the crisis. At a carefully orchestrated luncheon at the King David Hotel, Ben Gurion and Blaustein created what became known as the ‘Blaustein – Ben Gurion’ agreement. Israel would not have a political claim on diaspora Jews, but could count on getting material support from them. This framework – that Jews in the diaspora, especially American Jews – show loyalty by supporting the state of Israel has dominated the relationship between Jews in Israel and Jews in the U.S. ever since.

We desperately need new frameworks for Israel/Diapora relations. To get there, diaspora Judaism needs to refresh its own identity.

Earlier this year, the Shalom Hartman Institute in Jerusalem organized a panel about what Jews in the diaspora and Jews in Israel can learn from each other, on the occasion of David Hartman’s yartzeit. Yossi Klein Halevi moderated the conversation with three rabbis: Daniel Landes, Tamar Elad-Applebaum, and Daniel Gordis. During the question and answer period, an audience member commented, “We’re both jealous of each other: Israelis are jealous of the comfortable life that American Jews have. Americans are jealous of the depth of history in Israel, the air of the people, the different kind of attitude.” However true that claim may be, successful relationships are built not on envy but on a healthy dose of self-awareness. When American Jews are seen – by ourselves and by Israeli Jews – primarily as lobbyists and bankers for the Jews of Israel, the Jewish people suffer.

It turns out that millennia ago, Jews also grappled with this relationship. Philo of Alexandria, in the first century, wrote in Flaccus that “no one country can contain the whole Jewish nation, by reason of its populousness.” He suggested that diaspora Jews have a motherland in the holy city of Jerusalem and a fatherland in their home country. Soon after Philo wrote those words, Shimon bar Yochai taught that the Jewish people is like a palace built on top of two ships floating in the ocean. In his metaphor, one ship is the land of Israel, the other is the diaspora, and the Jewish people are the palace floating on top of the two ships. Without both floatation devices – Israel and the diaspora – Shimon bar Yochai explained, the palace of the Jewish people would sink into the depth of history.

Luckily, Zionist thought appears to have moved past the days or shelilat hagolah, or negation of the diaspora. But will today’s Jewish thinkers be as creative and bold as Philo and Shimon bar Yochai? Can we articulate a compelling mission for diaspora Judaism that goes beyond instrumentalism in supporting the State of Israel?

The Torah was received in the diaspora. Most of Jewish history was lived out in the diaspora. Diaspora Judaism deserves a foundational, equal place in the self-identity of the Jewish people, right alongside the Jewish state. We should discover and practice what it means to live out God’s call to Abraham to be a blessing to all the families on the earth (Genesis 12).

Surely part of diaspora Judaism’s mission is to strengthen the State of Israel. But let not diaspora Jews be blinded by that mission. We are so privileged to live in a time when diaspora Judaism is big enough, strong enough, and diverse enough to do much more. And the more clearly we articulate a compelling understanding of why we choose to live our Jewish lives out in the larger world, the stronger the Jewish people will be. For me, a mission for diaspora Judaism would be inspired by the words of Isaiah 49: “It is too small a thing for you to be my servant, to raise up the tribes of Jacob, and restore the offspring of Israel. I will also make you a light unto the nations (ohr lagoyim), that my salvation may reach to the ends of the earth.” The Jewish task of being a light unto the nations takes on special immediacy for Jews living in Diaspora. We can strive to bring the wisdom and experience of Jewish tradition and history to the world’s most pressing challenges.