Philanthropy is the lifeblood of the British Jewish community

When this year’s Sunday Times “Rich List” was published in May, it showed that the combined fortunes of Britain’s billionaires was almost £600 billion. The list included a record 171 billionaires, with the top two places both going to Jewish tycoons: Leonard Blavatnik and the Reuben brothers. That they have both endowed significant buildings at Oxford University is a badge of honour for them but is also symptomatic of something deeper: Jewish philanthropy.

Walk around British universities, art galleries and museums, and take a look at the plaques and donor boards. You will see a disproportionate number of Jewish names. The philanthropy is reflected not only in showcase capital projects but also charitable projects, programmes and initiatives, and the list of top donors to many causes. 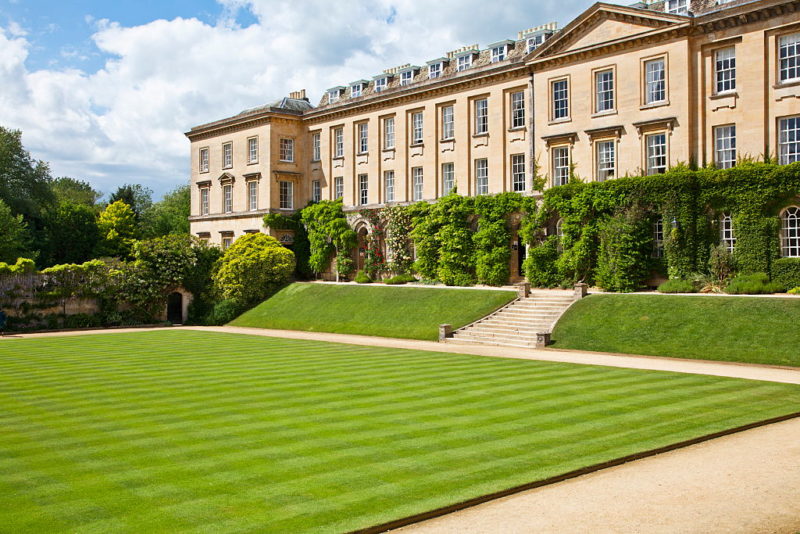 Jewish philanthropy has a distinguished history in Britain. The likes of the Rothschild family were very active in the 19th century (and have continued their charity in modern times, playing a significant role in funding iconic institutions in Israel such as the Knesset, and now the National Library), but it came into its own in the post-WWII period. Successful family businesses set up their own foundations, such as Wolfson (1955), Rayne (1962), Clore (1964), Wohl (1965) and, more recently, Pears (1991). Jewish donors contributed to hospitals, schools, art galleries and all manner of other institutions.

Furthermore, research shows that the Jewish community gives to charity at a higher rate than the general population (a JPR study in 2016 showed that the national figure was 57% but the Jewish community’s was 93%). There is also compelling evidence to suggest that Jewish “high net worth individuals” tend to be more charitable than their non-Jewish counterparts. For instance, analysis of the Giving List of 2014 showed that 12 per cent were Jewish. You would be hard pressed to find another religious or ethnic group with as many active philanthropists. After this year’s Giving List, an editorial in the Asian Voice lamented the paucity of Asian philanthropists.

Even projects that on the face of it would be unlikely to involve Jews attract Jewish donors. The building of the Queen’s Diamond Jubilee Gallery at Westminster Abbey included five Jewish families in the 30 donors who funded the £26 million project. One of those, Sir Lloyd Dorfman, tells the story of one of his fellow Jewish philanthropists saying to him: “I think this is a really special thing for us to support because it is a way of saying thank you to this country that opened its arms to our forefathers.” In a similar vein, more recently Dorfman was joined by Lord Sugar and John Ritblat in supporting a project to build a memorial for the victims of COVID-19 at St Paul’s Cathedral.

Many Jewish people give money, but are also ambitious to help charities fundraise. One seasoned Jewish banker tells of a non-Jewish charity raising £250,000 at a dinner attended by many well-heeled financiers, a few years ago. Most of those present were delighted. However, the banker thought it had punched below its weight. When he spoke to a colleague the next day, he asserted that had it been a Jewish dinner, it would have been a failure if it had raised less than £2 million.

The Jewish connection with charity and philanthropy runs deep. Of course, it is mentioned in the Torah and our daily prayers. A non-Jewish academic, herself Catholic, told me she was fascinated by Maimonides’ eight levels of giving. It was the great medieval rabbi and scholar who wrote: “We have never seen nor heard of a Jewish community that does not have a kupah [fund] for charity.” Modern-day Jewish philanthropists are more likely to be influenced by Jewish culture and the osmosis of giving than scripture. “It’s in our DNA” is an oft-repeated mantra. Donating to charity fulfils a sense of social responsibility. One Jewish philanthropist had a slightly different take when I asked him what motivates him to spend hours rehabilitating prisoners rather than sunning himself on a beach. His succinct response was “Jewish guilt”!

Philanthropy can even sometimes be a status symbol or a quest for virtue (the sociologist Robert Putnam has argued that religious communities stimulate charity through “competitive emulation”). In many cases of Jewish philanthropy, the donor’s parents or grandparents migrated to Britain, so “doing good” cements the bonds with Britain and accentuates an important sense of belonging.

COVID has been a game changer for charities. Some have really struggled and there are predictions of a £10 billion shortfall for U.K. charities. There is some hopeful evidence that the super-rich are stepping up. The aggregate of donations on the Giving List passed £4 billion for the first time. Familiar names on the list included Gerald Ronson, Lord Rothschild and Martin Lewis. Jewish donors continue to play a key role in charities in health, education, the arts and a range of other sectors. There are some donors who may have redirected their giving towards Jewish charities in the light of the COVID-19 pandemic. Recent JPR research shows that 70 per cent of those making donations would allocate half or more to Jewish charities, compared with 55 per cent in JPR’s 2013 community survey.

The spectacular success of digital fund-raisers for Jewish charities has attracted high net worth individuals to provide matched funding. Charities have found that they can raise large amounts of money without the expense and hassle of a gala dinner. They can also broaden their funding base — as a case in point, Chai’s fund-raiser last year raised over £3 million in 36 hours from almost 14,000 donors — as well as keeping the link with major philanthropists.

That said, the engagement by Jewish donors in charities from Mind and NSPCC to the Duke of Edinburgh Awards and the British Red Cross is staggering. One long-time Jewish philanthropist often tells me how important it is that we show that, “we don’t just look after our own.”

Jews have been and are significant philanthropists in Britain. So what does it all mean? Informal conversations with high net worth individuals and opinion-formers over the past few years highlight that it is a source of admiration and the ability to influence society for the better. Two non-Jewish philanthropists I have worked closely with have mentioned it repeatedly to me. One of them told a story about attending a charity dinner. The Jewish figure next to him noted that he had disagreements with his fellow community member speaking but then proceeded to write a large cheque. My client was mystified. His dinner companion explained: “I may not like him but I like his idea for the charity.” The ability to put charitable causes above petty politics stood out.

In his Rosh Hashanah message of 2019, Prime Minister Boris Johnson referred to the community’s contribution to the country, stating: “We see so many Jewish charities and organisations and philanthropists. Whether [they’re] helping others in the Jewish community or in wider society. From building bridges with other communities to helping out those with the greatest need.”

The novelist and peer, Jeffrey Archer, has written many bestselling books. But it was a pithy letter to The Times in the run-up to the last general election in 2019 which caught the eye. He mentioned a recent visit to the National Theatre and went on: “On the way to the theatre, I passed the Max Rayne Centre, the Clore Learning Centre, the Dorfman Theatre, and the Wolfson Gallery, before taking my seat to watch Sondheim’s masterpiece. How I wish Mr Corbyn had been my guest.”

We talk a lot about antisemitism but not enough about its better twin, philosemitism. One of the causes of the latter is Jewish philanthropy. It is seldom expressed, but often in people’s minds when they think of the Jewish community. It has helped to build Britain and now sustains it. It is a source of great pride.

Zaki Cooper is co-founder of Integra, advising clients on communications and philanthropy.