Overworked, underpaid and loving it: What this year’s Leading Edge survey shows about the Jewish nonprofit sector

The survey found that employees largely believe in the mission of their organization and understand how they contribute to it. 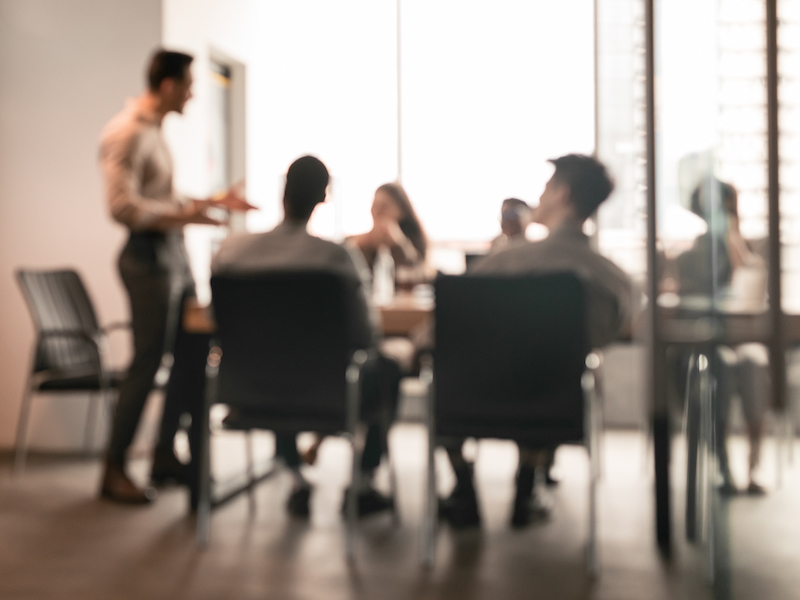 Jewish nonprofit employees feel they make too little money. They say their organizations need more people to do the needed work. And they believe in the work and want to keep doing it.

Those are a few of the key takeaways from Leading Edge’s annual survey of more than 12,000 employees at 257 Jewish nonprofits, which was published today. The survey found that employees largely believe in the missions of their organizations and understand how they contribute to those goals. Most of them want to keep working at Jewish nonprofits for at least two years. More than two-thirds — 69% — would call their organization a “great place to work.”

But at the same time, that number is 14 percentage points lower than the average across companies in the United States, and is five percentage points lower than last year. One-third of employees surveyed have been with their organization for less than two years, and nearly a third plan to leave their organizations within two years. Jews of color feel less of a sense of belonging than those who identify as white. For 80% of employees, this is their first time working at a Jewish nonprofit.

“We have people who are incredibly proud, incredibly committed to the Jewish people, making the world a better place; they’ve also made a decision like, ‘You know what? I want to work on something that’s meaningful, that has purpose, I’m not as profit-driven as a for-profit thing,’” Gali Cooks, the president and CEO of Leading Edge, told eJewishPhilanthropy. “Where we get mucked up is how we actually create the institutions and the different systems, practices, policies that enable people to actually do their work.”

Leading Edge has run the survey for six years, and aims to evaluate and improve the quality and culture of Jewish nonprofits. Cooks said that her biggest takeaway from the report this year is how much turnover there’s been since the start of the pandemic. And while only 16% of employees are fully working from home, less than half are in the office every day.

But Cooks said a high rate of turnover, especially for lower-level positions, isn’t necessarily a bad thing, and can provide organizations with a “fresh pitching arm.”

“There’s tremendous opportunity with having a good entry-level workforce,” Cooks said. “We want everyone to have their first job in the Jewish community be an incredibly positive one… There’s constant dynamism to this, and I don’t think success, honestly, is everybody staying at their organization for years and years and years and years.”

One area where there’s room for improvement, Cooks said, concerns having a diverse group of employees feel a sense of belonging at their workplace. While 77% of those surveyed overall said they felt like they belonged at their organization, the numbers are lower for Black Jews as well as Jews with disabilities and LGBTQ Jews.

While 85% of white Jews feel they belong, the same is true of 73% of Black Jews, the lowest result for any group of Jews as defined by race. Jews with disabilities also feel less supported and included, across several survey questions, than their peers without disabilities.

“What keeps people wanting to stay in and do their best work?” Cooks said. “Well, the question around belonging is a key driver of both. “The question of, ‘I feel I belong at my organization’ … it also connotes psychological safety.”

Some of the lowest scores on the survey related to salary. Only 42% of respondents believe their salary is fair relative to similar roles at their organization, identical to the 2021 figure and 17 percentage points below the U.S. average. And 58% believe their benefits meet their needs. Cooks said greater transparency and clarity around how salaries are determined could go a long way to making employees more satisfied with their pay. Only 39% of respondents understand how salaries and raises are determined at their organization.

In addition, only 38% of respondents said, “There are enough people to do the work we need to do.”

“Anything around capacity is always the lowest-scoring question,” Cooks said. “Two-way communication is something that’s standing in [organizations’] way of being a great place to work. That also is communication and transparency around salary. So I may not be able to give you the kind of salary that you want but I will be able to give you a sense of, this is how it was computed, this is how it compares to benchmarks.”

Given rising levels of antisemitism, the survey asked for the first time about physical safety. The survey found that 84% of employees who work outside the home have a physical safety plan at their workplace, and 72% feel prepared to act if faced with a physical security threat.

But the survey found that feelings of preparedness are lower at organizations with 10 employees or fewer. Among employees at social justice or advocacy organizations, a majority do not feel prepared to act when faced with an attack.

“Many Jewsih organizations do have a plan,” Cooks said. “Employees do feel like, ‘You know what? I know what to do, I know where to go, my leaders have thought through this, they’ve communicated that to me.’ That’s really, really good. At the same time, there is a sliver of employees who are in organizations that haven’t thought that through.”

One fundamental takeaway, Cooks said, is that nearly half of respondents want to stay in the Jewish nonprofit sector five or more years, while fewer than a quarter want to leave after two years or less. The fact that many are switching between organizations, she said, is proof that there’s a rich array of Jewish nonprofits offering employees meaningful work.

“There’s no more [career] ladder, there’s now a lattice,” she said. “What they’re saying is, also, I see an entire ecosystem of organizations. And that’s amazing… We actually have so many opportunities.”