“When something's in the news, it's sort of hard to escape from,” Silverman Raff said. 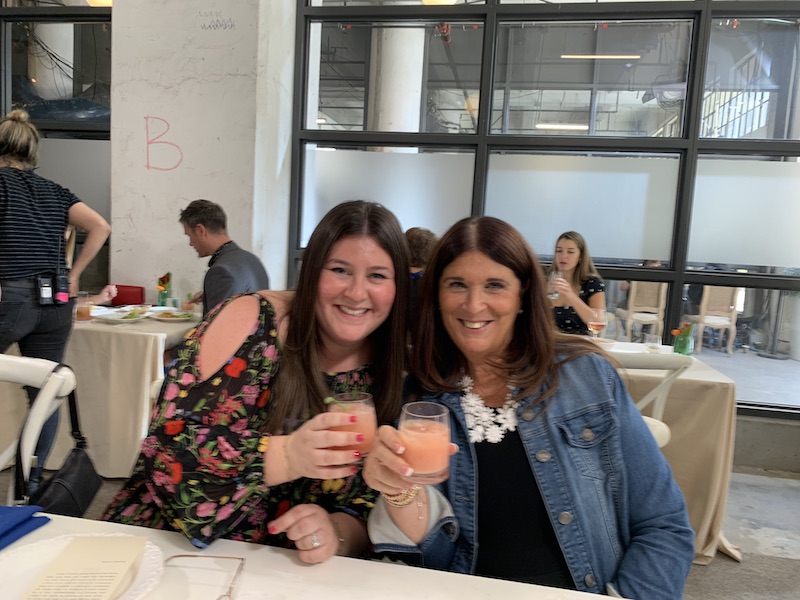 Her family had always discussed the importance of giving to various causes. But in the wake of recent world events that filled her with horror — from the war in Ukraine to potential restrictions on reproductive rights to the school shooting in Texas — she felt helpless. So Silverman Raff, 36, began creating micro-fundraisers on her Instagram account, mobilizing her social networks to raise money for various causes. Since she began the effort in early 2021, she has organized 11 micro-fundraisers on her Instagram profile, @queenjord, raising a total of $43,109.

“When something’s in the news, it’s sort of hard to escape,” Silverman Raff told eJewishPhilanthropy. “It’s on every website, or Twitter or Facebook, whatever I’m looking at. So it’s sort of inescapable. And I am just sitting there thinking, how can I help in this situation?”

In early 2021, when a series of attacks against Asian Americans drew national attention, Silverman Raff launched a micro-fundraiser on Instagram, asking her more than 1,600 followers to donate $2 each to a nonprofit called the Asian Mental Health Collective. She raised $613, which she appreciated, she said, because it is the number of Jewish commandments.

“And at the time, I thought that that was a huge amount of money, which, you know, it is,” she added. “My [personal] contributions to whatever fundraisers I’m putting forth would be completely tiny compared to what we raised.”

Encouraged by that response — and disturbed by the range of other crises in the news — she started additional campaigns for nonprofits. Following Russia’s invasion of Ukraine, she raised $2,300 for the American Jewish Joint Distribution Committee, which is providing aid on the Ukrainian border. After the Uvalde, Texas, school shooting, she raised almost 10 times that amount from 400 donors, directing some $22,000 to Everytown for Gun Safety, an anti-gun violence group. Her success suggests that  “micro” is no longer an apt description of her activism.

“Almost no one gives two [dollars] any more,” Silverman Raff said. “[But] if $2 is what feels meaningful to somebody, that is meaningful to me, because it helps us reach our end goal.” Most donors are giving $5 or $10, with many giving $2 per family member. And her campaigns appear to reach some Jews: She gets a lot of $18 and $36 donations, she told eJP.

Micro-fundraising has gone mainstream in recent years with the rise of crowdfunding sites like GoFundMe, which as of last year had raised $15 billion in total since 2010 for anything from medical bills to educational initiatives. As of late 2019, the average donation to GoFundMe was $75, and a report published late last year found that the platform was most popular with millennials and Gen Z.

“The social media boom that has consumed the past decade has created the demand for a closer relationship between a donor’s daily activities and the causes that they care about,” Dale Nirvani Pfeifer, founder of the fundraising software company Goodworld, wrote in NonProfitPRO in 2020. “[M]icro-donations act on the existing compassion of younger generations by engaging them in everyday giving.”

Silverman Raff said her friend Caroline Moss, a writer and podcaster who instituted “$2 Sundays,” a micro-fundraising drive asking for $2 donations, inspired her to get started. And her mother, Ellen Silverman, who has served in multiple lay leadership positions at major Los Angeles-area nonprofits, including as past Women’s Philanthropy Chair for The Jewish Federation of Greater Los Angeles, always prioritized giving as a value, Silverman Raff said. When she graduated college, her first real job was at the Los Angeles federation. Her work history also includes stints at Jewish Family Service of Los Angeles, Jewish Free Loan and American Jewish University.

“[My mother and I have] had many conversations about generational giving, and how people in my generation give and how that differs from people in her generation or the generation above her,” Silverman Raff said. “I don’t believe that people necessarily need events and dinners to coax them to give. I think that this is actually direct proof that, if you care, you will give. No one is getting any benefit, not even a tax benefit, from this type of giving. But if you care, and you set something up immediately, while your anger and your passion and your sadness is fresh, then the capacity to raise a lot of money is a lot more compelling.”

Silverman Raff said doing a fundraiser every week wouldn’t be as impactful.

When a cause seizes Silverman Raff’s attention, she crowdsources suggested beneficiary organizations from her followers and then does her homework — checking out their websites and Charity Navigator to make sure they are legitimate 501(c)(3) organizations. She puts a poll up on Instagram to help select the organization, and no matter how  many people participate, whichever group gets the majority vote wins. She launches the fundraiser by sharing everything on Instagram: announcing goals, celebrating progress and expressing gratitude for her community’s participation.

“Guys this is so cool,” one post reads. “I got a voicemail from someone on the development team from @outyouth thanking me for the donation I made last month. I called her right back so she got the full story – that it wasn’t a donation *I* made, but really a donation made by all of you!!!! She was blown away and so impressed and so appreciative. MICRO FUNDRAISING. It’s the future.”

“I don’t have the time, or the mental health to do [fundraisers for] all of the things that are terrible in this world,” said Silverman Raff, who is not currently working full-time and is a mother to two toddlers. “But when something really stands out to me, even if it’s not something that I have paid a lot of attention to or considered in the past, I have to imagine that it’s also sticking out to people who are in my social circles.”

Silverman Raff is an individual, not a nonprofit, so donations come to her personally via Venmo.  She then transfers the funds to her own account and donates to the nonprofit in question via credit card, Venmo or Paypal. She doesn’t take a tax deduction, and neither do her donors.

With some larger campaigns — like the $22,000 Everytown fundraiser — the sum she was giving exceeded the maximum possible online donation, so she gave it in several chunks. She takes screenshots of her donations being submitted to share with followers and contributors. That practice, combined with the fact that many campaign contributors know her or are friends of friends, means that she is considered trustworthy even by people whom she hasn’t yet met face-to-face.

“I have a lot of internet friends who I’ve never met in real life,” she said. “And they’re some of my biggest supporters. They’re the ones who are immediately sending the $50.”

If micro-fundraising continues to be successful, she added, she might have to create a special Venmo account or start a formal giving circle to manage the donations.

When the Supreme Court abortion opinion draft was leaked in May, Silverman Raff and her followers raised money for The Brigid Alliance, a relatively small abortion services organization, because she thought it would be more meaningful to support than Planned Parenthood, which was likely to get a lot of attention. People started donating in higher numbers than usual: $50 and $100 donations poured in, and a few donors gave $250. The largest amount she’s ever received from one donor was $540, during her fundraiser for Everytown.

“When you feel helpless about something, and your hands are tied about something, you make your donation,” she said. “And then you feel like, ‘OK, I’ve done what I can do, and I move on with my day.’ And I think that a lot of these fundraisers fill that role for people.”