If the pandemic has taught us anything, it is that buildings do not define Judaism or Jewish life.

Much of what Rabbi Sussman so powerfully states is absolutely correct. The challenges faced by the Reform movement—and Jewish life in general—are real, and the demands of the 21st century require serious, collaborative, and creative leadership. And he is correct that the challenges of Reform Judaism cannot be solved by a business plan. However, he is wrong to suggest that the proposed HUC-JIR strategic plan is intended to be the answer to these challenges. The future of the Cincinnati rabbinical program and the future of Reform Judaism are not one in the same. 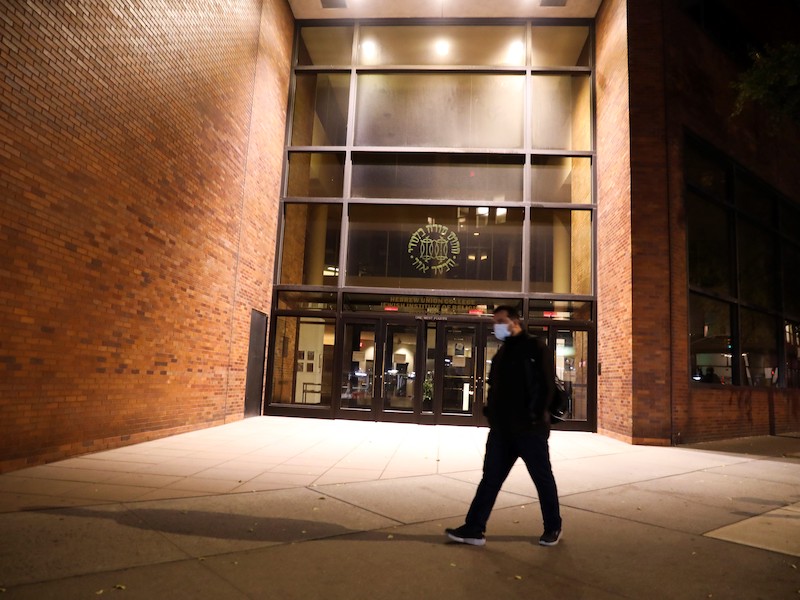 A pedestrian walks past the building of the Hebrew Union College in New York, the United States, Nov. 11, 2021.

If the pandemic has taught us anything, it is that buildings do not define Judaism or Jewish life, and that rich Jewish experiences and learning can take place outside of our hallowed halls. Despite our inability to be in-person during these past few years, Jewish scholarship and rabbinical education thrived. HUC-JIR students continued to prepare themselves for leadership. Professors continued to teach and nurture their students. Congregations and other Reform institutions continued to meet the needs of our constituents. We adapted as we always have when facing times of change. Our solutions were sometimes imperfect and unsatisfying, and sometimes heroic and uplifting. But our inability to worship, study, or celebrate together in our buildings did not define us.

So, too, the physical location in which a few dozen rabbinical students receive their education also will not define us. If they are properly trained and educated, they should be able to serve in any community they choose (or that chooses them), whether urban or suburban, large or small, Midwest or coastal. Rabbis trained in Los Angeles or New York are no less qualified to serve a community in Chicago or Denver than those who studied in Cincinnati, just as students trained in “fly-over country” have for generations been amply equipped to serve communities anywhere their professional journeys take them. It is not the location of their desks that will shape these future leaders, but rather the quality of their training, the integrity of our movement’s leadership, and the influence of inspiring mentors and role models.

While the specific issues being discussed are not insignificant, we need to restore some perspective. I am not in a position to judge the wisdom of the particular plan being debated by the leadership of HUC-JIR. I hope and trust that they have done the research needed to make the best decisions for the moment in which we are living. I do know that, as a community, we need to get our financial house in order, align our priorities with our mission, and look to the future. Change is inevitable, and we have a choice whether to proactively shape those changes or simply hope for the best.

Whatever decision is made by the HUC-JIR leadership as this debate “rages” will not determine the future of Jewish life in America. If, as Rabbi Sussman proclaims, we are at an inflection point in the history of the Reform movement, there will be much bigger decisions to be made than which programs take place on which campus of HUC-JIR. If we are going to shape the future of the Reform movement and ensure that progressive Jewish life continues to thrive, we need to think beyond our walls and, as Rabbi Sussman so eloquently states, look into the hearts and minds of the Jewish people.

Rabbi Marla J. Feldman (HUC-JIR, 1985) is the executive director of Women of Reform Judaism (WRJ). WRJ is the women’s affiliate of the Union for Reform Judaism (URJ) and has been a financial supporter of HUC-JIR since WRJ was founded in 1913.