The institute will include a program focused on democracy, citizenship and leadership. 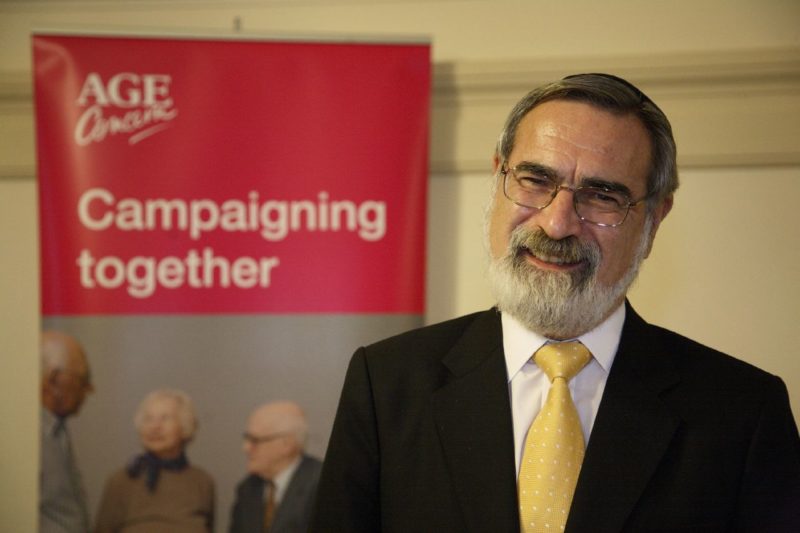 At a time of increasing polarization among Jews in Israel and around the world, Israel’s Bar-Ilan University is seeking to establish an educational and research institute aimed at studying the teachings of the former British chief rabbi, Rabbi Lord Jonathan Sacks.

“I think Rabbi Sacks was a unique religious leader, unique both as a rabbi and as a religious leader in general,” Jonathan Rynhold, head of the university’s political studies department, which has begun designing the institute’s infrastructure and study program, told eJewishPhilanthropy on Monday.

“Some 250,000 people still receive his Parshat Hashavua [weekly Torah portion] and millions of people still visit his website regularly,” said Rynhold, adding, “Sacks has the ability to reach the parts of the Jewish community that other rabbis cannot reach and, in a world where we are being forced into false dichotomies that are either woke or religious fundamentalism, he stands out as a powerful, passionate, articulate voice for bridging these differences – religion and science, individual and community, universal and particular, tradition and modernity. He shows how they can all work together.”

Sacks, who died in November 2020, served as the chief rabbi of the United Hebrew Congregations of the Commonwealth in the United Kingdom from 1991-2013. He received a knighthood from Queen Elizabeth II and was awarded a life peerage in the House of Lords.

The first member of his family to pursue higher education, Sacks was well-regarded in both the secular world and in Jewish circles, authoring some 40 books and developing a body of thought grounded in Jewish religious tradition that spoke to pressing contemporary social, political and moral issues for Jews and non-Jews alike, according to his website.

Rynhold, who shared with eJP a detailed proposal for the new institute, said that plans for the new center’s research and study programs would be formally announced this week at a two-day conference dedicated to Sacks’ legacy, which is being held at the university starting on Tuesday evening. A similar institute — the Rabbi Lord Jonathan Sacks-Herenstein Center for Values and Leadership — was founded at Yeshiva University in 2021.?

With one of the largest Jewish studies faculties in the world, Bar-Ilan University is a fitting venue for such an institute, Rynhold explained. “The center of the Jewish world is Israel and, as Rabbi Sacks himself wrote in his book Future Tense, Israel is the only place where you can fulfill a Jewish vision in full.”

Rynhold said the conference and the creation of such an institute are particularly essential today because “we are living in a very polarized world, politically and religiously, a world in which the loudest voices and the strongest accusations dominate discussion,” and, he said, Rabbi Sacks found a way to speak to everyone.

“Rabbi Sacks was probably the only person to be quoted by both [President] Joe Biden and [former Vice President] Mike Pence, to have his books read both by [former Israeli Prime Minister] Naftali Bennett and [former Israeli Prime Minister] Yair Lapid, to speak at the leading think tanks of the right in America, the American Enterprise Institute, and of the left, the Brookings Institute,” said Rynhold. “He provides us with the language, the inspiration, and the direction for people in the world who don’t want a massive confrontation, and who understand the need to blend different things together and to protect a free society, democracy.”

Rynhold, a British native who now lives in Israel, added, “I think that by injecting the elements that he spoke about – community, morality, family, the dignity of humanity from a religious perspective – these are things that can help heal those divides and provide, what he [Sachs] termed as a moral ecology that can help our free and democratic societies to sustain themselves.”

One of the central elements of the new institute will be the creation of the Jonathan Sacks B.A. Political Studies program in Democracy, Citizenship & Leadership. Of the 20 students to be selected for the program, four spaces will be reserved for Haredi students and four for Arab students, said Rynhold. The proposal also includes M.A. and Ph.D. graduate degree programs, an advanced interdisciplinary seminar, a visiting lectureship and an annual ‘public intellectual’ prize.

Rynhold explained that studying Sacks’ political, religious and philosophical ideas was essential at this juncture, especially in Israel as the country’s new government, which includes a coalition of far-right and religious parties, works to overhaul the judiciary despite claims that doing so will erode Israel’s democracy.

“I think that what Rabbi Sacks does is he finds a way within the Jewish religious tradition to see the dignity of every other human being,” Rynhold said, pointing out that in Sacks’ writings, one of the points he outlines is “how we can go about building a society in which different groups can work together to maintain a free and democratic society, a society that reflects the Jewish religious tradition, not in its state institutions, but in the quality of the way it looks after its citizens.”

One of the main goals of establishing the institute, said Rynhold, was to infuse such concepts into the political discourse in Israel and to create a diverse network of alumni spread across different fields of leadership who are inspired by Sacks’ vision.

“There will then be a group of people who will rise up to important positions in Israel, who will have a network and work together to find productive positive solutions to resolve differences in a peaceful way and create a better society in Israel,” Rynhold said.