A return to ordinary days

Every moment, season, or experience of rejuvenation is fleeting and will eventually settle into a mundane routine and an endless cycle of renewal and malaise. Yet if we can zoom out and view not just the moment of rejuvenation, but the cycle itself as part of something bigger, we can celebrate the routine moments of renewal as well as the renewal of routine.

This time of year, as summer turns to fall, I am filled with memories of this season in Israel. I am writing this from my backyard in Milwaukee, Wisc., where the earth is fully in bloom from the summer rains. Yet two years ago, I was living in Israel, where this time of year the earth is scorched from the hot Mediterranean summer. I recall that at this time of year, everyone was taking vacation, the morning traffic was much lighter, and any suggestion of a new project or undertaking was met with the response, “acharei ha’chagim” — after the holidays. It was as if both the land and the people were hibernating from a long hot summer, waiting for the fall rains to wake it up.

Then, after Simchat Torah and the end of the holidays of Tishrei, I remember driving to work and the highways would be crowded again. The first rains had fallen and the dry, brown earth was starting to come back to life. It felt as if the land and the people had woken up from their long end-of-summer nap, rejuvenated and ready to begin the new year. Everyone was returning to the daily routine of work and school after weeks of holidays and vacations. 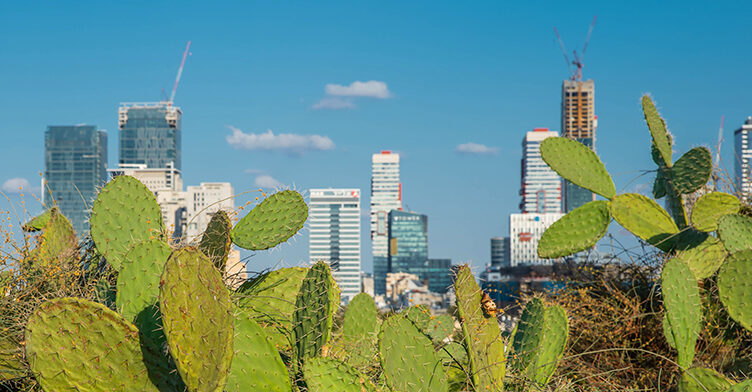 Naomi Shemer famously captured this feeling in her song, entitled Hitchadshut, which means “renewal” or “rejuvenation.” She writes in the chorus:

This song captures the feeling of rejuvenation at this time of year so beautifully. Yet I am struck by an irony in the song and in this rejuvenating feeling of returning to our routines. At other times of year, it seems to me that ordinary days, our normal routines, are the daily grinds from which we seek rejuvenation. Yet, in the song, “ordinary days” are renewed along with us, and their return is that which rejuvenates us. Are ordinariness and routine problems in need of rejuvenation, or are they the very agents of renewal? Do we need to be rejuvenated from routine, or does routine rejuvenate us?

The answer to this irony may live in the relationship between the old and the new. When a routine is old, we seek renewal and refreshment from it. When we lack a certain structure in our life, the creation of routine can be rejuvenating. For example, for those of us who ceased the grinding routine of a daily commute during the pandemic, stopping the commute may have been rejuvenating. However, after a lengthy period of working from home, a return to the commute may have felt rejuvenating as well.

Renewal is temporary, fleeting, and cyclical, for what is new will eventually become old. Perhaps this is what Kohelet meant when he wrote, “Only that shall happen which has happened, only that shall occur which has occurred; there is nothing new beneath the sun!” (1:9). While the cyclical nature of renewal and rejuvenation filled Kohelet with existential despair, it need not do so for us. Just as every new thing can grow old, any old thing can–with a change in season or a change in mindset–be renewed.

I have thought a lot about the relationship between routine and rejuvenation when reflecting on my experience making aliyah. At The iCenter, we often speak about the difference between an “Israel experience,” in which one meets Israel as an outsider, and an “Israeli experience,” in which we experience Israel authentically, as part of it. I realized that, as I sought to fit into Israeli society, I felt most rejuvenated by the Israel experiences that I had when I saw some extraordinary facet of life in Israel that was entirely new and different for me, like my first time partaking in community celebrations on Yom Ha’atzmaut or walking the empty city streets on Yom Kippur. Yet, I felt the most Israeli during more routine moments: commiserating with colleagues about the traffic on our morning commutes, or taking my infant daughter to her regular check-ups at the well-baby clinic, Tipat Chalav. During these moments, I found myself suddenly realizing: Here I am, I have made it. In these ordinary moments, I have the extraordinary experience of being Israeli. In the midst of the mundane, I was able to find something not only rejuvenating, but something fulfilling and even sacred.

This experience is described by Rabbi Abraham Isaac Kook, the first Ashkenazi chief rabbi of British Mandatory Palestine, who was often quoted as saying, “The old will be renewed and the new will be sanctified.” I noticed that I could take part of my new routine, even an unpleasant or mundane part like traffic or a doctor’s appointment, and sanctify it as part of the experience of becoming Israeli. In these moments, the mundane and routine became not only renewing and rejuvenating, but sacred and holy.

Every moment, season, or experience of rejuvenation is fleeting and will eventually settle into a mundane routine and an endless cycle of renewal and malaise. Yet if we can zoom out and view not just the moment of rejuvenation, but the cycle itself as part of something bigger, we can celebrate the routine moments of renewal as well as the renewal of routine.

As a new school year begins, teachers and students alike will be energized and rejuvenated by the start of a new term. These feelings will inevitably fade into the grinding routine of week after week, lesson after lesson, assignment after assignment, assessment after assessment. Yet if we can find a moment every so often to appreciate learning a new idea, gaining a new insight, or experiencing a new perspective, and realize that all these rejuvenating moments are part of a holy cycle of learning and growth, then we can find rejuvenation from our routine, and also rejuvenation in our routine. In this way, we not only make the old new again, but we sanctify the new as it brings us closer to wisdom, knowledge, and understanding of our world and of one another.

Rabbi Joshua Herman is a senior educator at The iCenter and also serves as the organization’s director of research and evaluation, seeking to optimize and improve The iCenter’s work in the field of Israel education.