A new Jewish Agency regional director shares her powerful story of seeking home, and finding it 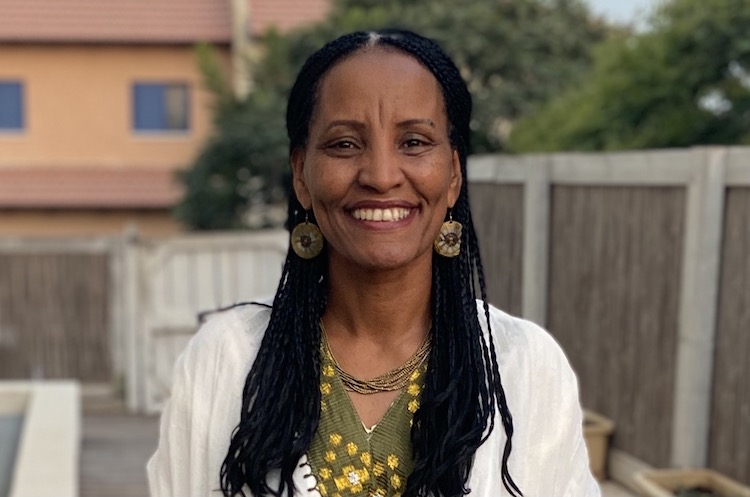 Sigal Kanotopsky has spent her life in two countries — her native Ethiopia, and Israel, to which she immigrated with her family as a child. Now, she has resettled with her husband and three of her four children in a Philadelphia suburb, where she has taken the post of director of the Jewish Agency for Israel in the Northeast U.S. — the first Ethiopian immigrant to ever hold a regional role.

Kanotopsky, 45, was born in the village of Merevah in Ethiopia’s rural, rocky northwest. Her father was a merchant and a farmer. She lived there with her family — one of tens of thousands of such followers of Jewish tradition in the country who nursed long-held dreams of coming to Israel — until the early 1980s when her parents got wind of a rumor: If they walked to Sudan, they might be able to get from there to Jerusalem. It was a mere rumor, she emphasized, but it was enough for her parents.

“Jerusalem wasn’t a place for them to travel to,” she said. “It was their destiny.”

Her family sacrificed to reach that destiny, Kanotopsky said. One of her five siblings died during the arduous trek to Sudan. After waiting six months in a refugee camp in Gedarif, Jewish Ethiopian agents and the Mossad brought them to Israel. They arrived on the first Shabbat of Hanukkah, in 1983. Kanotopsky’s father died about a year and a half after their arrival.

Despite the upheaval and hardships, at 7 years old, she experienced the move as a big adventure, picking up Hebrew quickly. Her now-single mother told her children repeatedly that their economic situation had nothing to do with their dreams. She had high expectations for them, and even as Kanotopsky grew up and started to understand the challenges she would face in Israeli society as a new immigrant, and as an Ethiopian woman, she was determined to beat them.

When deciding on her course of officer training in the IDF, she was told that no Ethiopian had ever become a communications officer, and that she shouldn’t try — advice that she ignored, ultimately becoming the first to reach that milestone. But life as an immigrant was disorienting. She felt Israeli, but was constantly reminded that she was Ethiopian.

“I was always asking myself, ‘Who am I?’” she told eJewishPhilanthropy in an interview about her family’s journey and her vision for her new job, in which she’ll lead the agency’s fundraising in the region and manage its 100 representatives.

That cognitive dissonance propelled her into a post-army “roots trip” to Ethiopia with her brother.

“It was the smartest decision I made in my life,” she said. “I knew I was a Jew, an Israeli who was born in Ethiopia, and it was nice to be back there, but I needed to go back to Israel.”

The trip fueled a career that focused on activism on behalf of immigrants and other struggling populations. For seven years, Kanotopsky served as CEO of Olim Be’yachad, or “Immigrants Together,” an NGO whose mission was the elimination of racism within Israeli society by using workforce development and media strategy. From there, she went to Maoz, another NGO, which supports a diverse network of Israeli leaders who are working to nurture socioeconomic resilience by focusing on reforms in local government, health care, education and employment. Kanotopsky served as vice president of resource development.

Kanotopsky is also well-known as a mentor, said Racheli Tadessa Malkai, founder of a group called Empowering Ethiopian Women. She invited Kanotopsky, who was CEO of Olim Be’yachad at the time, to serve as the keynote speaker at her organization’s first event, and Kanotopsky also advised Malkai on the process of becoming an official NGO and helped her refine the group’s objectives.

“Sigal has been with me the entire time,” Malkai said through a Jewish Agency translator. “She’s always available. Even when she’s abroad.”

Kanotopsky’s decision to work at the Jewish Agency, and undertake another journey, was inspired by a second roots trip — this time, with her daughter Shachar, who was celebrating her Bat Mitzvah in 2016. And this time, they traveled all the way back to her village, which was four hours by car from the closest town.

Her village was gorgeous, she said, and the trip delightful. It also triggered another surge of existential questions, which she posed to her mother on her first Shabbat back home in Israel. Life had been so beautiful, so natural, back in Ethiopia, she told her mother. Why hadn’t she and her father waited until they could travel more safely to Israel?

Her mother’s response helped her to understand her parents’ story, she said: “They felt this call every day. They lived every day as if it could be the day that they left for Jerusalem. They lived such a high, spiritual way of life.”

It was her parents, she realized, who were her role models, and their life story — not anything that she had learned in school — that shaped her.

Over the years, she has come to understand the ways in which the Jewish Agency and North American Jewry have helped bring Ethiopians to Israel over the years. “Working with the Jewish diaspora for me was always a dream,” she said.

She called her mother before the start of her first stateside Shabbat, and told her she had a better understanding of how hard it must have been as a parent to uproot her children.

The community in Philadelphia has warmly welcomed her, her husband and three of their four children. (Her daughter Shachar is doing her army service.)

She aims to increase both the number of Israelis who come to the United States as emissaries of the Jewish Agency and the number of Americans who go to Israel. She will ask North American Jews to support the Ethiopian Jews who still long to immigrate. On Nov. 3, she will cohost a virtual celebration of Sigd, the Ethiopian holiday that falls 50 days after Yom Kippur and dates from the time of the First Temple.

Kanotopsky is a tremendous asset, said Dan Elbaum, the Jewish Agency’s head of North America and CEO of Jewish Agency International Development. She’s charismatic and experienced, he noted, having founded a major organization and fundraised on its behalf.

“The best fundraisers are passionate about their work,” he said. “They’re good listeners. They’re people who live and breathe the mission of the organization.”

In these early days of her tenure, she has focused on understanding each Jewish federation in her region, to best understand how she can work with them to advocate for the Jewish Agency, for Israel and for its immigrants.

“This work is something of a closing of a circle for me,” she said. “I’m bringing everything I’ve done to the people here.”