Concerns about low salaries and lack of recognition in Jewish nonprofits extend beyond the D.C. area. 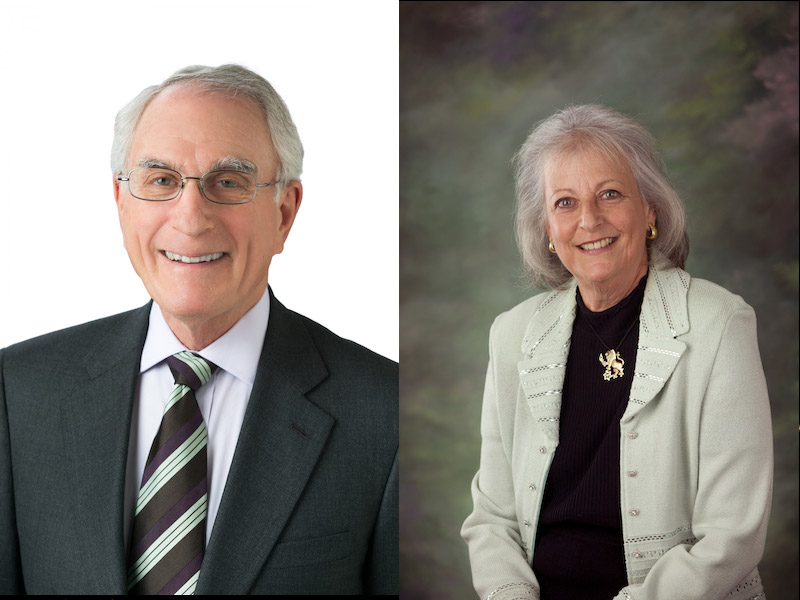 During her decades as a lay leader in the Washington, D.C., Jewish community, Phyllis Margolius chaired or helped guide a laundry list of major organizations — from the local Jewish Community Foundation to the local branch of the American Israel Public Affairs Committee to March of the Living.

Throughout all those roles, her husband Philip Margolius told eJewishPhilanthropy, “Her best friends over the years, and her confidantes, were not lay leaders but were the professionals” at those organizations. Now, Margolius is establishing an annual $18,000 prize in her memory, to be awarded to one innovative local Jewish nonprofit professional who commits to making their career in the field.

“She went out of her way to make sure that not only were the professionals getting what they needed, but that they were treated with respect,” Margolius said of his wife, who died in 2014. “She always felt that too many lay leaders treated the professionals, sort of, as hired help.”

Margolius hopes that the award, called the Phyllis G. Margolius Impossible Dream Award and given by the family foundation that also bears her name, will spur top talent in the local D.C. Jewish nonprofit sector to make their careers in the Jewish world, rather than leaving after several years for higher-paying jobs. A former senior partner at the law firm Margolius Mallios, he compared the situation of Jewish nonprofit professionals to first-year law associates who have a huge workload.

“What we’re finding is people are dropping out,” Margolius said, adding that one local Jewish organizational executive told him that “he has a terrible time maintaining people in the field. He gets smart people, and after four to five years, they leave and go to higher-paying jobs or more respected jobs. So he’s saying, anything we can do to keep people in the field” would be welcome.

Concerns about low salaries and lack of recognition in Jewish nonprofits extend beyond the D.C. area. A recent survey by Leading Edge, of employees in the Jewish nonprofit sector, found that most respondents believe they are paid too little, and that their organizations are overstretched.

“Any philanthropic investment that goes toward recognition and demonstrating the value of Jewish professionals is a net positive,” Gali Cooks, the president and CEO of Leading Edge, told eJP, adding that the Margolius award falls in the same category as the Covenant Foundation’s prizes for Jewish educators, or the Jewish Funders Network’s awards for nonprofit professionals. “When I was reading this, I was like, ‘This is really beautiful.’”

But Cooks added that money alone is not enough to keep talent in the Jewish nonprofit world. The survey found that the top factors in keeping employees engaged in their organizations are whether the organization shows care for employees and their well-being, and whether managers treat their employees with respect.

“If we’re talking about retention — wanting people to devote their life, their energy, their time, their career to the Jewish nonprofit sector — the money is going to be super important,” she said. “And yet, it is not the only thing, and not the most important.”

Margolius told eJP that he too recognizes that the financial award is not sufficient to keep people in the sector. The award mandates that applicants will have to commit to staying in the Jewish nonprofit sphere, though Margolius recognizes that there’s no way to enforce that provision. He hopes that the award will afford a measure of recognition and prestige to the rising stars of the Jewish nonprofit world — to show them that their work is noticed and appreciated.

The award will be presented at a ceremony in April, and the recipient will be selected by a committee made up of longtime Jewish leaders and a couple of boldface names: Ted Farber, former longtime CEO of the local Jewish federation; former Jewish Agency for Israel Chairman Sallai Meridor; Sara Hurwitz, former speechwriter for Michelle Obama; Simone Friedman, founder of the Partnership for Patient Advocacy; Robert Satloff, executive director of the Washington Institute for Near East Policy; and Susan Turnbull, former chair of Jewish Women International.

Professionals must have five years of experience in the Jewish communal world and live in the D.C. area. Margolius said the award is targeted not at the CEOs of large organizations, but rather at the heads of smaller groups, or at mid-level managers in larger agencies. While he said he knows many effective CEOs of large organizations, he believes there should be more pay parity across the sector.

“We need to seriously look as a community at the pay scale of our professionals,” he said. “I think some executives make too much money in the Jewish world and their staffs make too little money.”

While the award will go to one person per year, Margolius hopes candidates apply repeatedly, and would like to see the effort replicated by other foundations in other cities.

“I think there are a lot of very talented people,” he said. “We’re trying to incentivize people. If you don’t win this year, you’ll win next year.”