The leading Jewish federations, foundations and denominational organizations have a median of 5.54% of their investments placed in oil, gas and coal companies. 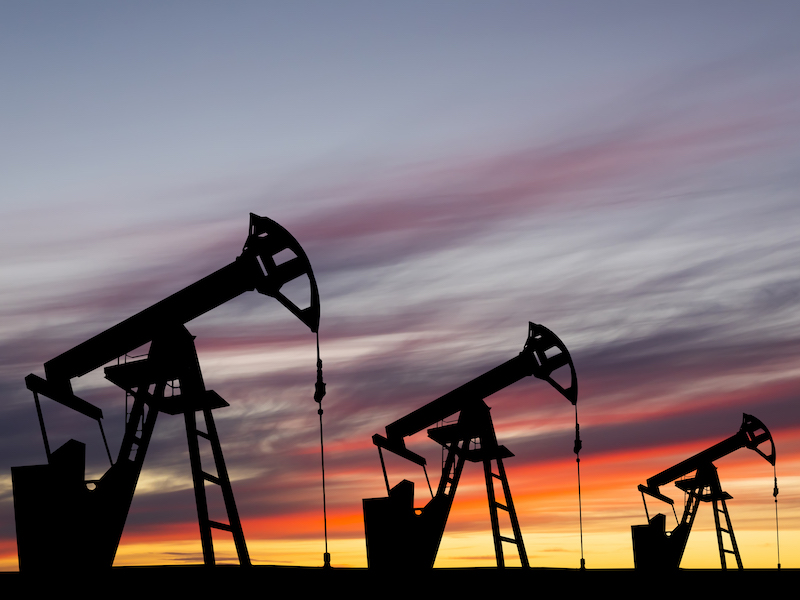 Oil pumps in the United States.

Two months ago, a broad coalition of Jewish organizations collectively committed to reducing their emissions and taking action to combat climate change. But a new report by Dayenu, a Jewish climate activism group, shows that some of those same Jewish organizations have investments tied up in fossil fuels.

The report, which is being published today, found that the leading Jewish federations, foundations and denominational organizations have a median of 5.54% of their investments placed in oil, gas and coal companies — close to the rate of fossil fuel investment across the market.

The organization argues that those groups can’t effectively keep their promises to combat climate change if they are also funding polluting organizations, and that even if oil and gas companies are posting robust profits now, they’re turning into increasingly risky bets for Jewish groups with long-term investment strategies.

“A key piece of keeping fossil fuels in the ground and unburned is to stop the money that is keeping the industry afloat,” Rabbi Jennie Rosenn, the CEO of Dayenu, told eJewishPhilanthropy. “Renewable energy is on the up, fossil fuels are on the down, but they’re being kept afloat by capital.”

Dayenu opted against singling out the investments of individual Jewish organizations, or explicitly listing which groups it surveyed. Instead, the organizations surveyed are categorized into three sets: the various bodies of the four major American Jewish denominations; the twenty largest federations by population size; and the twenty largest private foundations whose giving is based on Jewish values. The calculations are based on public tax documents or public financial statements.

Together, according to the study, the groups surveyed hold investments totaling some $34 billion. The report gives the total sum invested in fossil fuels in each of those three categories, and the median investment of the organizations surveyed, which hovers around 5.5% in all of the categories.

Rosenn said Dayenu decided not to name the organizations because the goal is not to shame individual groups, but rather to show how the Jewish organizational world as a whole is still invested in fossil fuels. Rosenn said she “can count on two hands” the number of Jewish groups that have committed to screening out fossil fuels from their investments. Some large Jewish foundations are funded by wealth made in the oil and gas industry.

Dayenu, which was founded in 2020 and has an annual budget of $2 million, isn’t the only Jewish group to take a stand against communal investment in fossil fuels. The Jewish impact investing group JLens does not include fossil fuel companies in its global investment index because, in the organization’s words, “their core business model fails to align with Jewish values.”

More than 1,500 institutions worldwide have divested from fossil fuels, according to a global database. Jewish organizations, which represent and serve a small share of the U.S. population, hold fewer collective assets than some of their peers in other religious groups. But Rosenn feels that the Jewish community can still make an impact through fossil fuel divestment, despite its small size.

“I think it’s not only about the raw numbers,” she said. “Part of this work is also about acting collectively and bringing our voices and our action together, and bringing that to the broader movement.”