Kids at the center: How two experts say Jewish day schools have been transformed

A new focus on social-emotional learning, a ‘nonstop treadmill’ of rising tuition costs and the ‘giant stress test’ of COVID-19 are some of the trends that characterize Jewish schools, say Alex Pomson and Jack Wertheimer. 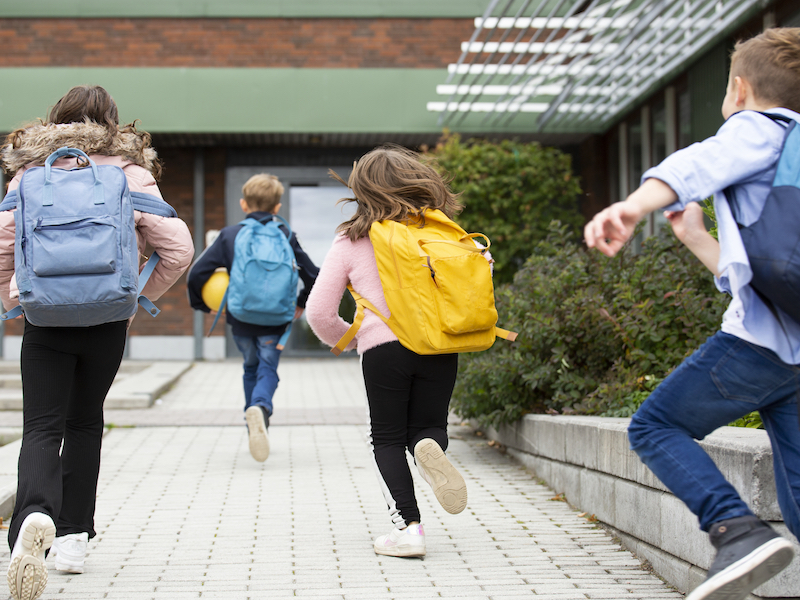 Those are the trends that have characterized the evolution of Jewish day schools as they’ve moved from the 20th century into the beginning decades of the 21st, according to Alex Pomson and Jack Wertheimer, authors of Inside Jewish Day Schools: Leadership, Learning and Community, which was published by Brandeis University Press last month. The book is an examination of how Jewish day schools have changed and where they stand now — explored through case studies of nine such schools across the Jewish religious and geographical spectrum.

Wertheimer, an American Jewish historian at the Jewish Theological Seminary, and Pomson, managing director of Rosov Consulting, which focuses on philanthropy, spent four years researching and writing the book. The biggest takeaway, they agree, is that the experience and well-being of students is now schools’ highest priority, as opposed to inculcating Jewish knowledge and culture into the kids.

The model of the teacher as the “sage on the stage,” Wertheimer told eJewishPhilanthropy, has been replaced by a “guide on the side.”

“The pedagogy is much more learner-centered, [such as] providing students with opportunities to work on projects alone or with other students and therefore arrive at some of their own answers,” Wertheimer said. “This is nothing new in the world of general education, but what’s dramatic is the extent to which it has been incorporated by Jewish day schools.”

And in addition to teaching students Torah, Talmud, Hebrew and Israeli culture (not to mention math, science, history and English), day schools are now teaching their kids social and emotional skills like building resilience. That’s especially true, Pomson said, when it comes to students with disabilities.

One Orthodox school the pair studied holds not just parent-teacher but student-teacher conferences. A Conservative school has a specialist on staff solely dedicated to helping parents assist kids with school.

“They have built up faculty who are qualified to address the learning needs of kids, their emotional needs,” Pomson told eJP. “They’ve also built up an infrastructure that enables parents to support their children in the ways that they develop… It’s less about the culture and the content.”

“COVID wasn’t forcing the schools to become something they weren’t previously,” he said. “It was enabling them to double down on the ways they were approaching their challenges previously. It was a giant stress test.”

Jewish day schools, Pomson said, now largely train their students to be Jewish “cultural virtuosos.” In other words, instead of going all in on one subject or skill — deciphering a page of Talmud, say, or speaking fluent Hebrew — the schools aim to give students a solid grounding in a broad menu of Jewish experiences and ideas so they can choose what to connect to.

“Because of the kinds of experiences they offer kids, they enable them to become adept in multiple dimensions of Jewish life,” Pomson said. “It’s kind of like an initiation into the major elements of Jewish culture and Jewish living, which involves being responsible to your community. It’s not just an academic exercise.”

The tension those expanding offerings create, Pomson said, is “the squeeze between improving the quality of the services and not passing all of the costs onto the parents to the degree that parents can no longer afford to access those services.”

And while he said there’s no obvious solution to the day school affordability crisis, he said schools tend to be handing it OK — through a mix of philanthropy, partnerships with other communal institutions and government aid in states, like Florida, that provide it.

“It’s a nonstop treadmill of trying to raise money from the families and the extended families of the kids who attend the school,” Pomson said. “It’s unending, and it’s absolutely integral to, and an inevitable consequence of, the improvement in services that schools have provided for kids today.”

He added, “The optimistic take on the situation is that it is manageable with tremendous effort. We didn’t see evidence of these schools struggling to be affordable to their families.”

High tuition, Wertheimer feels, is in part a product of parents’ rising expectations. The additional assistance that day schools provide, he said, has come to be seen as a necessity.

“It’s not as if parents are willing to forgo those things,” he said. “No, parents are asking for that. And if you ask for it, you’ve also got to pay for it.”