Kaufman's search for maximum impact took him from politics, to direct service, to consulting 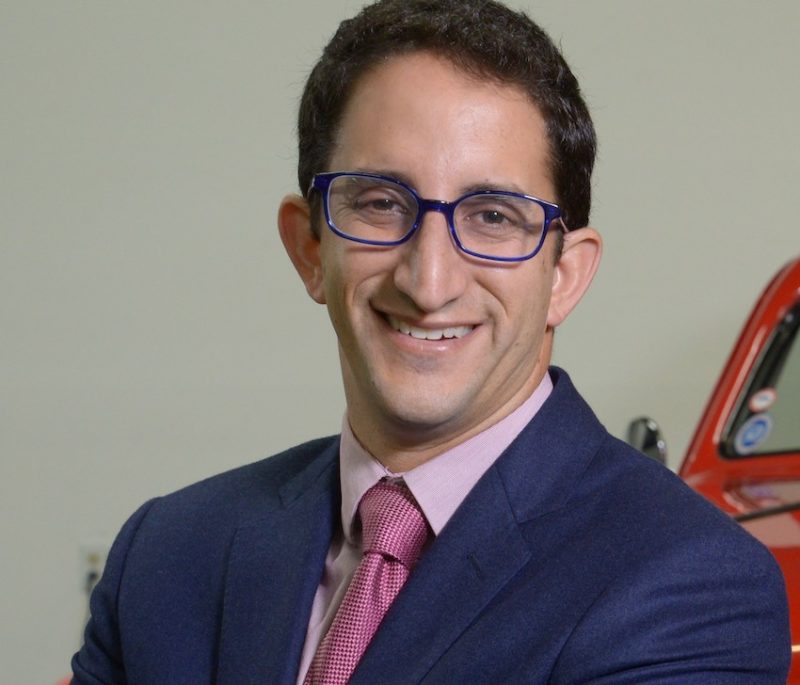 On a recent Friday afternoon, Jonathan Kaufman was looking forward to two things — Shabbat dinner with his family, and before that, a four-hour strategy session with his brother Daniel. The two co-founded a consulting firm, the Berkeley-Calif.-based Third Plateau, which serves such clients as the Pritzker Innovation Fund; Repair the World, the Jewish service corps; and the San Francisco Public Schools. It is named for a mountain near the Kaufmans’ Union for Reform Judaism (URJ) summer camp, Camp Swig, in Saratoga, Calif., near Santa Clara, and their mother, Jennifer Brodkey Kaufman, is the chair of the URJ’s North American Board of Trustees. Kaufman spoke with eJewishPhilanthropy’s Helen Chernikoff about the role of Jewish values in both his family and work life, and why he doesn’t see much difference between the two.

Helen Chernikoff: You’ve worked in several different fields. What brought you to consulting?

Jonathan Kaufman: Everything I’ve done in my career has been about one idea:How can I have the greatest social impact with the energy and time and money I can invest? I thought initially that would be politics, that if you want to have a broad impact, you shape policy and you get to do that by winning elections. But then I realized I didn’t like the gamble of elections.

Then I thought the answer would be nonprofit work. You work for eight hours or 12 hours or 16 hours and you go home and you know that you’ve helped people. That fueled me for a long time, working on the gritty front lines in the nonprofit space. Hunger relief. Refugee rights.

I thought I would run a nonprofit, and that was the career path I was on. I would be a program director and then an executive director. I wanted to learn how to do it really well so I went to get my MBA, and then I got exposed to consulting.

HC: And then you decided consulting was the way to maximize your impact?

JK: Do you go in-house on one issue, or bounce around to different firms and help them with their strategic plans, with fundraising development, with board strategy that bear on various issues? I tend to get bored quickly so consulting seemed like a good idea from that angle.

HC: Give us a high-level summary of how the firm works.

JK: We basically do two things. Someone hires us for a discrete project. That might be a business plan, or fundraising strategy, say. Also, for some clients we’re on retainer. For example, we do philanthropic management. We manage small family foundations. We basically are their staff. That work doesn’t end.

Now we’re thinking about how we can add value in a way that doesn’t require so much one-on-one work. That’s why I’m having this session with my brother later. For example: What if we did cohort-based efforts, brought 20 groups together and trained them? Our impact would be that much greater.

HC: What if the people who have the exciting ideas can’t afford your services?

JK: Sure, we’ve adjusted our rates if the potential is exciting. We’ll find ways to make that work. We also think about how we can be more equitable and inclusive in our work. We have regular clients who are pro bono or heavily discounted.

HC: Can you give me an example of a pro bono or discounted client?

JK: We just did a huge project in Cape Verde, off the coast of West Africa. It’s a very poor country. We’re working with an organization that’s looking to build up the human capital of the country; it’s a small island country. What they have is their people. So we’re trying to build up an economy that doesn’t have to be anchored in natural resources the way most African countries are. They’ve had very peaceful transitions of power in Cape Verde. So we’re thinking about how they can codify what they’ve learned around healthy democracy to help other countries that were once Portuguese colonies. What if Cape Verde becomes a source of expertise on democracy? That would be putting a country on a fundamentally different trajectory. That’s not incremental impact.

HC: It seems like you’re very focused on efficiency: not just about having impact, but about having a lot of impact as measured against inputs of time, energy, money. Has that always been a focus for you?

JK: It’s evolved over time. I’ve always been seeking where I can get greater good for the work I’m doing, but where I’ve found that value has evolved and changed. Right after I left politics, I got involved in a hunger relief organization. It wasn’t really systemic impact, it was more of a one-on-one relationship with the people being served. We got a handful of success stories, and some that weren’t success stories. That was meaningful to me at 24 years old, as wanting to do something that was good. Now fast forward 15 years. I still think incremental help is really critical. We need to make sure people’s immediate needs are met. But that’s not what inspires or fuels me anymore. I want to see an entirely different system. So what I care about much more now is not that every project that we take on is making things incrementally better. That’s the default. I want those moonshot ideas. What would it take to think about women’s empowerment and racial justice and other problems in wildly different ways?

HC: Is part of your drive for efficiency about quality of life, and not letting work take over?

JK: It’s more about Jewish values. Jewish values run very deep for us. We do a lot of the work in the Jewish space, but the vast majority of our work is not in the Jewish space. We grew up feeling obligated to do something good, so you might as well do the most you can with your time. The name of Third Plateau comes from a mountain near Santa Cruz and Camp Swig, which is where we went as kids. The best day of the summer was when you got woken up at 4 a.m. and you hiked out there to watch the sunrise. That’s what we wanted to see in the social sector. When you’re doing morning tefillah [prayer] and you’re watching the sun rise.

HC: How do you relax?

JK: The ability to step away from work and have relationships enables me to do more social good. Me getting time away with my family enables me to come back to work recharged. I’ve got two kids. If I can inspire them, that’s more impact. And that’s how we look at our employees, too. Every project is meaningful, but we’re also actually doing the work in developing our team.

I’m not a different person outside of work or inside work. We talk about issues at home with our kids. We’ve seen homeless encampments in Los Angeles. We talk about why they’re there. How can we help? Do we need to open up our door and let people sleep here? What are some of the things that hurt homeless people the most? It’s [people’s] lack of eye contact. They say, “Other people don’t treat us as humans. They’re scared of us. They think we’re going to ask them for money. They feel guilty.” So in our family, we decided we need to talk to them, so we can be even a small source of help in their life.

JK: We have a Zoom account for my extended family — my brother and my parents and my cousins and my aunts and uncles. Every Shabbat at 6:30 p.m. we do challah and blessings. We call it the “Oys and the Joys.” We talk about what happened in our week.

Our kids are almost 9 and 6 ½ . Sometimes at Shabbat dinner we just have to go with the flow. Saturday during the day, we try to find some joy in whatever we’re doing. And we eat some good food. My wife and I are big foodies.

HC: Did you ever think you would work with your brother?

JK: I never thought that far ahead. He’s older. His path was meeting the ridiculous expectations on him at every stage. He went to law school and got the law firm job. His life was very mapped out. When the economy collapsed in 2008, he learned that you can do everything right and still not get to where you thought you would get to. It shook him. It got him thinking far more creatively about what he wanted to do and what was possible.

I was always about the moment. I would never save money. The whole point of having money is to spend it. My wife and I had the idea that we would work wherever we were living, save up and then when we were ready to do something new, we would travel until we were out of money.

HC: What’s it like working so closely with him?

JK: We work really well together. We have always been incredibly competitive, and we use it to our advantage at Third Plateau. It forces us to constantly up our game. The most fun we have is when we are competitive but on the same team and it’s us against the world. Having Mike [Berkowitz, another co-founder] around has made that possible. Mike mutes the sibling rivalry piece a bit. All three of us approach our work differently. We share values but are in a wildly different place in terms of our comfort with risk. I always get asked, “What advice do you have for budding entrepreneurs?” And I tell people go find one or two people you trust with your lives and do it with them. It’s like a road trip: If it’s just me, the car doesn’t move when I’m sleeping or eating, but if I can go with them, and one of us is always driving, eating or sleeping, the car keeps moving. That’s how we work. Whoever’s got the energy, takes the ball and runs with it.

HC: So what’s it going to be like this afternoon when your brother comes over, what’s the brainstorming process like?

JK: We like spending time with each other. It’s Friday afternoon, so let’s enjoy it. We’ll have a beer and talk a bit. It will look like what we do with our clients. We’ll take turns formally and informally facilitating the conversation. We’ll figure out what we can [do] to achieve: Is it about social impact for clients? Is it about profitability for the company? Is it about the team dynamic and keeping the entrepreneurship spirit alive? Then we’ll work backwards. What’s holding us back? How do we clear those hurdles? It’s about getting the conversation to a meaty enough place where we can bring it back to Mike, and the rest of our leadership team will run with it. And we’ll constantly go back and forth. That iterative process should never stop.