The donation is part of a $10 million gift to the university, from which Trone graduated in 1977 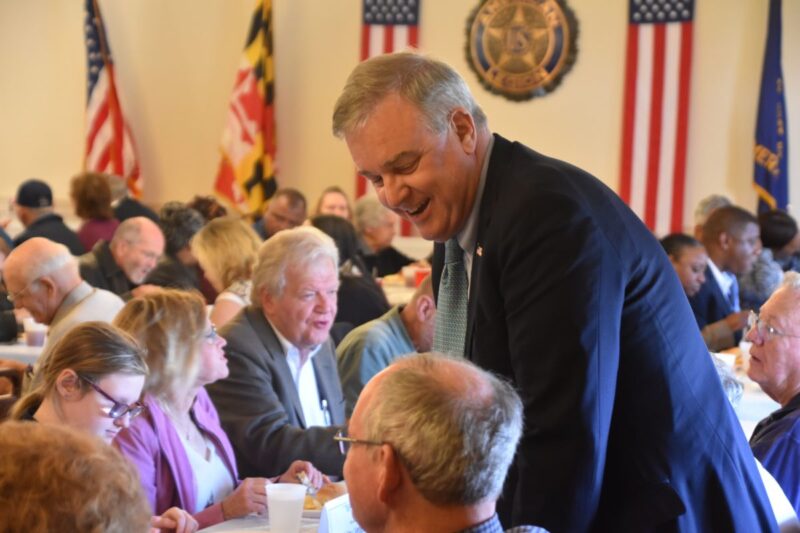 Rep. David Trone (D-MD) and his wife, June, have given Furman University, a liberal arts university in South Carolina, $1.5 million to create a Hillel Endowment Fund in support of the school’s Jewish Student Association, which is affiliated with Hillel International.

The Hillel gift is part of a larger $10 million donation from the Trone family to the university, with the rest of the money going to support student mental health services. The donation comes nine years after Trone, who is the owner of Total Wine & More, gave $3.5 million to the university to renovate and rename its student center.

“I’ve heard they’re going to try to help us out,” Alana Epstein, a rising senior at the university and student president of the JSA, told eJewishPhilanthropy. “They want to make sure that the current Jewish Students Association student body is helped, but also just to keep it going in the future. That’s all I really have heard so far, but I know they’re going to be telling us a lot more soon.”

Though Trone, an alumnus of the university who sits on its board of trustees, was raised Lutheran, his wife and children are Jewish. “I told him, I want to raise my family Jewish, so if that was something that he wasn’t interested in, we shouldn’t pursue this,” June Trone told Jewish Insider in 2020. “He said that was fine with him, and of course he’s been extremely supportive of my being Jewish, and the kids.”

“As an alumnus of Furman University and the father of four Jewish children, I am committed to ensuring tolerance and diversity in our nation’s higher education institutions,” Trone said in a statement to eJewishPhilanthropy. “Furman University has done an outstanding job to further these efforts on its campus, and I am confident that this funding will go a long way to support Jewish student life at my alma mater. I was also proud to donate funds to expand mental health care on campus. Over the course of the pandemic, our students have really suffered. We must equip our nation’s future leaders with the tools to succeed after graduation and I hope this donation from our foundation will do just that.”

Said June: “By creating The Hillel Endowment Fund, we are able to expand and enhance the Furman Hillel for a more robust Jewish life for all students and the broader community.”

The JSA-Hillel has no building, and serves roughly 20 students at the university. Epstein hopes that the Hillel can channel the Trones’ donation into providing more food and holiday materials to students, such as Seder plates, dreidels, and chanukiahs.

Despite there being few Jews, Epstein says the environment on campus is positive. “I haven’t really felt lonely at all, and a lot of the people here are willing to learn more, and want to learn more, about the Jewish community,” she said. “Whenever we have a holiday coming up, everyone is very eager to get together and make sure we find a night that everyone can do [gather] so that we can all celebrate together.”

Trone has a lengthy philanthropic history. He has been a “minyan” donor to AIPAC, which requires a minimum $100,000 annual gift, and has given millions of dollars to the American Civil Liberties Union, which established the Trone Center for Justice and Equality.

Total Wine, which Trone founded in 1991, is reportedly the largest retailer of Israeli wine in the U.S.

The article was updated to include comment from Rep. David Trone.