As rabbis, we believe a new intermarriage narrative can strengthen Conservative Judaism

For decades, our movement has shamed Jews who dated or married those of other faith or cultural backgrounds and created a stigma for the Jewish partners and their families. It has not worked.

Dr. Jack Wertheimer’s recent eJewishPhilanthropy article, “Conservative Judaism does not need a ‘new narrative’ about intermarriage,” warns against the Conservative movement normalizing intermarriage, offering a barrage of statistics purporting to demonstrate that intermarriage is detrimental to the Jewish future. Part of the problem is that his warning is obsolete by at least a generation.

For decades, our movement has shamed Jews who dated or married those of other faith or cultural backgrounds and created a stigma for the Jewish partners and their families. It has not worked. How many intermarried Jews have disconnected from Jewish life because they have been taught they did something wrong and would never be accepted? How many of those same Jews have distanced themselves from the Jewish community because they were shamed? If the Conservative movement had the ability to make intermarriage less likely, we would not be having this conversation. It is time for a different approach. 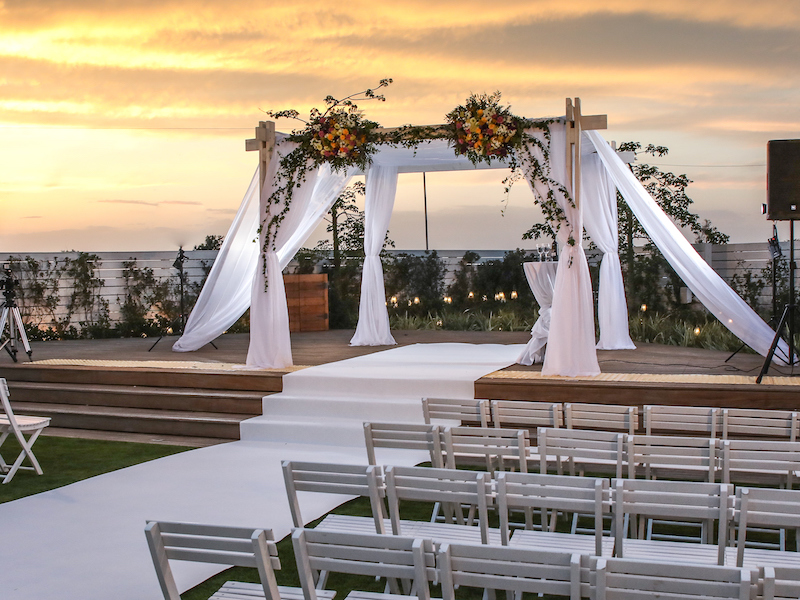 Rimonim for Rabbis, a new joint effort led by Dr. Keren McGinity of the United Synagogue of Conservative Judaism (USCJ) and Rabbi Ilana Garber of the Rabbinical Assembly (RA), provided rabbis a safe space to discuss inclusion of interfaith families in our communities. At our first meeting, when asked about any personal connections with intermarriage, 43 out of the 45 Conservative rabbis present reported some familial connection to interrmarriage: cousins, siblings, parents, and/or in-laws.

As both Jewish demographic statistics and our personal anecdotes make clear, intermarriage already has become normalized within American Jewish life today. What we wrestled with in our group – and what the authors of this response believe – is that we, as a movement, need to respond to this reality with integrity and compassion — not in order to fix the very real demographic challenges Conservative Judaism faces, but to maintain the spirit of tradition and change that has been the hallmark of Conservative Judaism.

Either/or thinking has often been at the core of the discussion about interfaith marriage. Either we accept or we do not, either we officiate or do not, either the Jewish-adjacent partner converts or does not, either we consider the children Jewish or do not, either we are welcoming or are not.  The ones who are hurt by this approach are not just the families themselves, but also the movement that takes these hardline positions.

Such binary thinking ignores the personal narratives of the families. Many Jewish-adjacent partners lead the charge in raising Jewish children by taking them to religious school, day school, and/or Jewish summer camp (and paying the associated tuitions); learning how to maintain a kosher kitchen, bake challah and fry latkes; learning Jewish history and practices to help their students with religious school homework. It ignores the consequences of decades of guilt and “bad Jew syndrome” we have instilled in those who marry out of the faith. Either/or thinking ignores the complexity of the issue and turns away from the humanity of it.

When we seek to make Judaism more inclusive, it helps every Jew along the way. When we teach and explain our tradition, it helps educate Jews who may not have learned those pieces of the tradition.  When we transliterate Hebrew in our communities, it helps those Jews who never learned Hebrew. Every innovation and change to make tradition more accessible helps both Jews and those who are Jewish-adjacent.

Our goal as Conservative rabbis in Dr. McGinity’s and Rabbi Garber’s cohort is not to promote rabbinic officiation at intermarriage ceremonies. Some of the rabbis in this group have already concluded that if the Rabbinical Assembly changes its policies we will officiate at marriages between Jews and those of other faiths and/or cultural backgrounds. Some of the rabbis would also recognize children with one Jewish parent of any gender as Jews. Others are not convinced that there is a way to make these changes and preserve our fidelity to halakhah, Jewish law.

Regardless, we are all convinced that creating an inclusive atmosphere for all Jews and their families is beneficial to the growth and thriving of our communities. We can only do this by removing the stigma around intermarriage. It’s not about “normalizing intermarriage,” it’s about acknowledging the sanctity of two people finding love.

Something as simple as wishing “mazal tov, congratulations” from the bimah also decreases the shame that both the couple and the Jewish parents may feel. By bringing the conversation into the open and hearing the stories, we can change the narrative from one of shame and rebuke to one of loving, celebratory acceptance of our fellow Jews’ (and their partners’) journeys.

We as Conservative rabbis are committed to maintaining the movement’s commitment to halakhah. At the same time, we also are committed to celebrating the diversity among our rabbis, our congregants, and our communities. We encourage the engagement of all those who seek a spiritual and communal home in an authentic and dynamic Jewish setting. As a Movement we need to admit that “fighting intermarriage” through shame does not work and contradicts our core values. As in the work of teshuvah, repentance, only by admitting there is something wrong with our process or approach can we hope to improve it. It is our hope that we Conservative rabbis can help lead that change.