For the ADL, this means entering directly into shareholder meetings and speaking with corporate social responsibility executives in order to impact company policies. 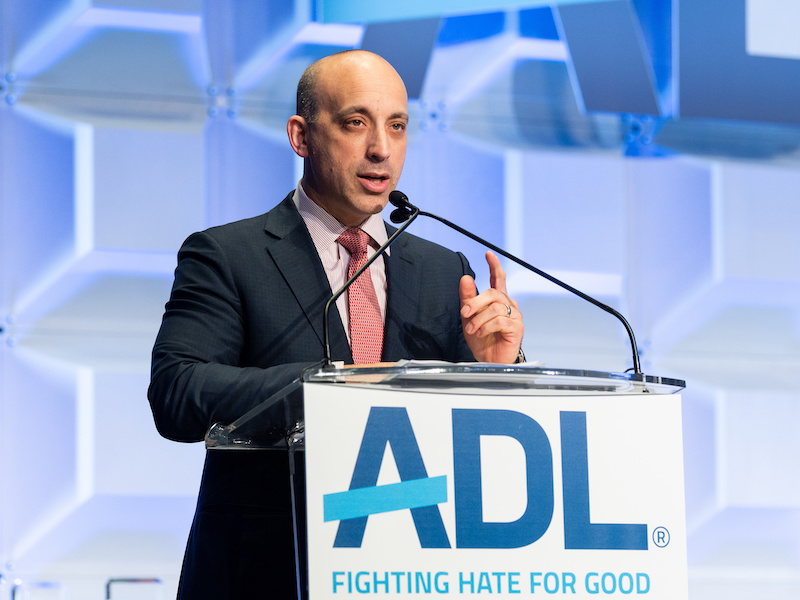 The Anti-Defamation League will acquire the Jewish impact investing organization JLens, a sign of the increased focus Jewish groups are placing on combating antisemitism and anti-Israel boycotts in the corporate world.

For the ADL — which has historically campaigned against antisemitism in the market through advocacy, coalitions, boycott campaigns and the media — this means entering directly into shareholder meetings and speaking with corporate social responsibility executives in order to impact company policies.

For JLens, which was founded in 2012, it means the group’s mission has gained the support and imprimatur of one of the largest and most prominent Jewish organizations. And it likely means a doubling down on pushing companies to disavow antisemitism and distance themselves from the Boycott, Divestment and Sanctions movement against Israel, known as BDS.

More immediately, in practical terms, it means JLens will “grow considerably” in terms of budget and staff, ADL CEO Jonathan Greenblatt told eJewishPhilanthropy. JLens has a staff of four that will now grow to six. It will add on a researcher focused on companies’ environmental, social and governance policies, known as ESG, and will also hire a day-to-day director so that JLens’ founder and current CEO, Julie Hammerman, can focus on growing the organization and gaining buy-in across a wider swath of the Jewish community.

The ADL has an annual budget of approximately $100 million. While JLens declined to share its annual budget, according to GuideStar, which tracks nonprofit finances, Jlens is required to file a Form 990-N, an abbreviated tax document for groups with gross receipts normally under $50,000.

“Brands mediate so much of our lives,” Greenblatt told eJP. “In our country, when consumers are so cynical about government, and are so cynical about organized religion, and so cynical about political candidates… consumers feel like their brands represent them and their values. This gives the ADL the opportunity, it gives us a seat at the table in a way that I think will allow us to be more effective advocates for our community and its core values.”

In recent years, the ADL has focused on pushing companies to disavow antisemitism or boycotts of Israel or its West Bank settlements. A campaign in 2020 aimed at getting Facebook to clamp down on hate speech saw the group and a coalition of other civil rights advocates recruit 1,200 companies and organizations to join a temporary ad boycott of the social network.

The ADL also urged Unilever, the parent company of Ben & Jerry’s, to halt the ice cream manufacturer’s boycott of what it termed “Occupied Palestinian Territory.” And it waged a public campaign in recent weeks to successfully urge sportswear giant Adidas to end its collaboration with the fashion label of Kanye West, following West’s antisemitic comments.

But this acquisition means a change in strategy. Both Greenblatt and Hammerman separately told eJP that, had this acquisition occurred before the Adidas ordeal happened, the ADL, via JLens, may have had an existing relationship with Adidas’ corporate leadership, potentially avoiding the controversy altogether or accelerating its conclusion. JLens manages a $200 million fund that it invests in 300 of the largest companies in the United States, including corporate giants like Amazon and Target, in order to have a say in their shareholder meetings. It also rates companies according to how their policies line up with a set of values.

“This values-based investment field is enormous — it’s trillions of dollars in investment capital, it affects the public behavior of hundreds of companies, the most powerful companies in the world,” Hammernman told eJP.  “And it’s space the Jewish community needs to have a strategic presence in, longer-term.”

Last week, JLens, the ADL and a range of other Jewish organizations reached an agreement with the financial firm Morningstar, which JLens accused of supporting BDS and displaying an anti-Israel bias in its ESG evaluations. The agreement saw Morningstar change its practices and commit to training to address those claims.

The ADL’s acquisition of JLens promises more activism of that kind. JLens evaluates companies based on their approach to antisemitism, hate speech and anti-Israel activism, but also looks at issues that historically have not been in the ADL’s purview — like environmental policies, how the companies affect access to health and nutrition, or how they pay their employees.

“I’ve reiterated… the link between anti-Zionism and antisemitism [and] we’ve seen that in companies moving away [from Israel] in ways that are troubling,” Greenblatt said. “This space is multidimensional. Yes, BDS is an issue. Yes, brand spokespeople who are not aligned with companies’ stated values are an issue… I think that the issues will iterate and change over time. It’s hard to say what will be this percent or that percent.”

Greenblatt is not worried about the possibility that having a subsidiary of the ADL invested in hundreds of companies could open his group up to being criticized for affiliations with unsavory companies, telling eJP that he’’s found that “people will find reasons to criticize ADL at any opportunity.”

By the same token, JLens isn’t worried that the affiliation will cut it off from partnerships with elements of the progressive activist world that shun the ADL.

“The nice thing about the ESG space is, that movement was started by faith groups,” Hammerman said. “And despite some of the differences that we might have, whether it’s about Israel or… antisemitism, there really is an interest in having the Jewish community at the table as a partner.”