The Community Assistance and Life Liaison program aims to transform the conversation around the role of police in public safety. 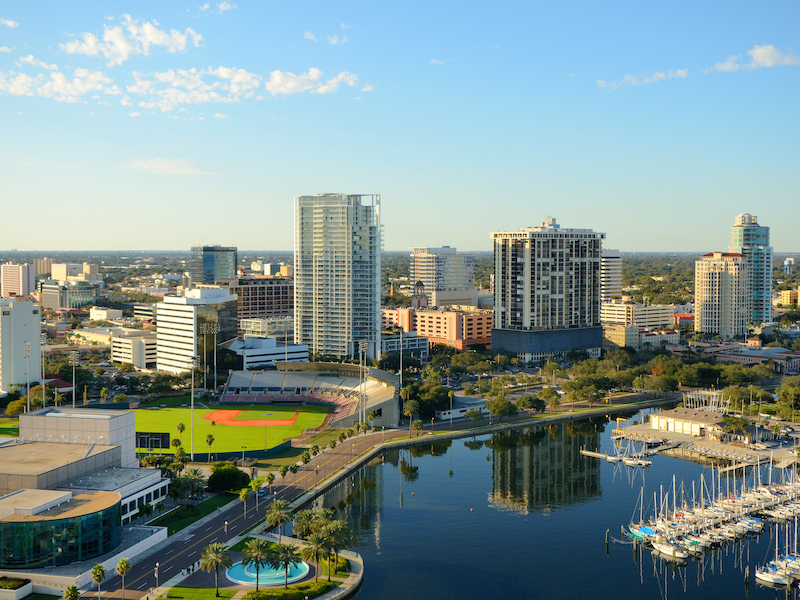 A view of St. Petersburg, Fla.

In the summer of 2020, amid the protests following the murder of George Floyd, police and city leaders in St. Petersburg, Fla., began looking for a way to respond. What emerged was a request for proposals from organizations providing social services to respond to certain 911 calls, in lieu of the police.

A little more than two years later, the winning organization, the Gulf Coast Jewish Family and Community Services, has earned national recognition and, last month, a $200,000 grant from a charitable arm of the National Football League for its work leading The Community Assistance and Life Liaison (CALL) program — which aims to transform the conversation around the role of police in public safety. The program’s overall annual budget is $1.27 million, a 12% increase over last year.

“We think that what they’re doing could be a model or could be a template for others to follow,” Anna Isaacson, SVP of social responsibility for the NFL, told eJewishPhilanthropy. “We see the impact… and hope that other local organizations, other law enforcement agencies see the success and look to replicate successful models.”

There are a number of programs around the country that pair social workers with police in response to certain 911 calls. By contrast, CALL does not work according to a co-responder model. Instead, 911 dispatchers screen and reroute calls to Gulf Coast JFCS mental health professionals called “navigators.”

“St. Petersburg made a very bold step to identify calls for service that not only received a different response, but — what if we completely diverted them from law enforcement?” Megan McGee, police special projects manager for the St. Petersburg Police Department, told eJP.

According to Gulf Coast JFCS’ executive director, Sandra Braham, CALL is the rare program in which “staff are responding without police. And it really truly does free the police to do policing.”

Since February 2021, CALL navigators have responded to a range of 911 calls that would previously have gone to the police. In the nearly two years since the program began, Gulf Coast JFCS has responded to more than 8,000 calls. According to the SPPD, the city has seen a 17% reduction in suicide deaths since the CALL program’s launch despite a 60% increase in calls to the police department related to suicide.

“People would call having mental health episodes, or someone who’s experiencing homelessness or sleeping in their car,” Braham said. Now, 911 dispatchers are able to determine whether a call may carry a risk of violence. If not, they patch the call to Gulf Coast JFCS’ team. The organization’s navigators respond in pairs.

“We are able to deescalate the situation to find out what’s going on and what’s causing the crisis,” Braham said. “Sometimes it’s as simple as you know, ‘My grandmother is on oxygen and we can’t pay our electric bill.’”

According to both the St. Petersburg Police Department and Gulf Coast JFCS, the CALL program has had a transformative impact on the community. When SPPD was designing CALL, police officials felt firmly that it should not be a co-responder model, and also that it should be led by an outside organization.

“If we tried to develop this program in-house, not only would that take a very long time [but it would] be very difficult to do,” McGee said. “Also, it would be viewed as an extension of the police department.”.

The goal, said McGee and Braham, was to provide a response to common mental health episodes and other crises that would not result in people getting arrested, jailed or committed involuntarily to mental hospitals. The process for involuntary commitment in Florida is outlined in a 1971 state law called the Baker Act. CALL allows responders “to assess the situation to determine if they’re off their meds, to get them to the doctor and to follow up with them,” Braham said.

“Officers are limited in what they can do with mental health crises,” McGee added, as opposed to “somebody like a clinician who has the flexibility to sit and really spend time, devote time working with a client and also be able to come back and have follow-up. I mean, that’s a huge piece that our officers don’t really have the ability to do.”

When the SPPD put out the call for proposals for the CALL program, Braham felt like it was a natural fit for Gulf Coast JFCS because of the array of services her organization provides. Gulf Coast JFCS began providing counseling and family services to the Jewish community in Pinellas County, Fla. in 1960. In 1974, the social work and social services agency expanded its services and began offering them to the broader community. Today, Gulf Coast JFCS plays a variety of roles, from connecting people to affordable housing to welcoming and supporting refugees, job training and job search support, in addition to connecting Jewish families to Jewish life.

“We work with elders, we work with behavioral health, we work with drug addiction, we work with survivors, we work with children who are in school and troubled,” Braham said. “This was a way to really do something that was innovative and spoke to our values as a Jewish organization in this respect, treating people with dignity, and of course, repairing the world.”

Gulf Coast JFCS was ultimately chosen based on “their commitment in the community,” McGee said. “They really took the time to understand what we were trying to do, a different type of response for a different type of call and how they would staff each call.”

CALL’s budget is less than 1% of the SPPD’s annual budget of $133 million. With the grant from the NFL, the JFCS hopes to expand its hours by hiring more social workers. It is also planning to pilot providing short-term housing for homeless families. According to Braham, “Now they call and say, ‘Can you send someone on the CALL program? We don’t want the police.’”