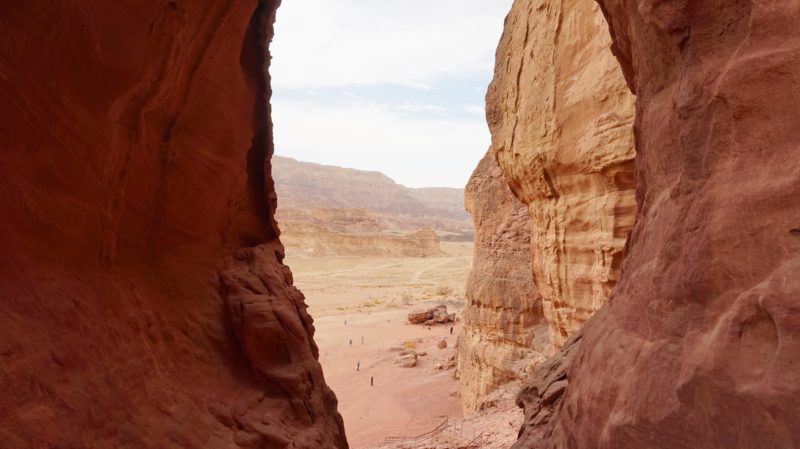 A year ago it didn’t exist, but today the Israel Travel Alliance hosts about 40 trip providers and up to 10 foundations on regular Zoom calls. The virtual meetings used to focus on how to sustain connections with Israel during the pandemic. Now they focus on if, when and how the country will begin admitting tourists and students again.

Nobody knows the answers to those questions, but it’s helpful to think together about all the variables and scenarios, said alliance co-founder Mike Wise, CEO of Honeymoon Israel, and Rina Goldberg, an associate vice-president in the Jewish Federations of North America’s (JFNA) Jerusalem office. They will likely have to wait until after the Israeli elections, called for March 23, which will reshape the government and determine its policies, Wise said.

The first iteration of the alliance emerged out of a flurry of WhatsApp messages  last March between Israeli leaders  and travel providers, all of whom were perplexed by the pandemic, said Wise. They started talking once a week on Zoom to discuss the possibility that they might have to cancel their trips. As they were talking, Goldberg, who is overseeing the alliance, was inviting a second group of trip providers to discuss contingencies and share ideas; they included the staff at Birthright, whose 45,000 annual trips account for about half of all Israel travel, and Masa Israel Journey, which offers internships. The alliance has fostered “deep cooperation,” said Elizabeth Sokolsky, Birthright’s executive director in North America.

The two groups of providers combined their efforts and their contact lists, which included a range of trip operators collectively responsible for about 90,000 trips a year, Goldberg said. Some of the groups are small, and bring only a few dozen people to Israel each year; some are Christian, like Passages. Another member, iTrek, serves college students and graduate students, many of whom are not Jewish. Christians United for Israel is also part of the alliance. The alliance’s leaders wanted to include funders, as well, Wise said. The Jim Joseph, Marcus, One8 and Klarman Family foundations are members, along with the Charles and Lynn Schusterman Family Philanthropies. “They’re investing a tremendous amount of resources,” Wise said of the foundations. “We were making monumental decisions about trips these folks have funded. We were talking about some organizations potentially going out of business, or merging.” Birthright and Onward Israel announced last month that they would likely merge.

The alliance has met 12 times, with about 40 people and at least eight of the foundations on the calls, Goldberg and Wise said. At first, they learned and talked more about how to sustain themselves while the world waited for vaccines. Subjects included how to keep in touch with alumni; how to keep Americans feeling connected to Israel; and how to support people who had been ready to go, and then couldn’t, Wise said. One session focused on Masa, because it had secured permission from the Israeli government to bring 7,500 people into the country for internships by promising they would all quarantine for two weeks. Now, Goldberg said, Masa has 1,000 more trip participants waiting to get on a plane, but Israel’s Ben-Gurion Airport has been closed since Jan. 25 due to the pandemic. On Sunday the government announced plans to partially reopen.

Israel’s strikingly successful vaccination program and the rollout of vaccines around the world gave the alliance members hope that travel could resume in 2021, Goldberg said. They know it will be different, but they don’t know in what ways. Variables could include everything from whether Israel requires vaccination or testing for entry; whether each trip will need to reduce its capacity; whether foreigners will be able to interact with Israelis; and the timing of when Israel makes these decisions and announces them. “How many people can be on a bus?” Wise said, giving the example of a trip provider who is only allowed to put 20 people on a bus instead of 40, which will force the provider to raise costs. “How many people can be in a pod? Will we have to mask? Will we have to quarantine?”

The alliance is focused on staying in touch with the Ministry of Tourism, Goldberg and Wise said. Their strategy is to emphasize the fact that trips like these — compared with travel by individuals — are easier to control. “It’s coordinated; it’s organized,” Goldberg said. “They arrive together, they travel together, the staff is trained. You can maintain the pod.” After the March 23 elections, the alliance will know much more. Meanwhile, it is already planning to invest in the alliance and to keep it going, post-pandemic. Funders have said they are interested in supporting its growth, said Wise. The alliance has made him realize that Israel travel operators should have been working in this way long before the pandemic made it necessary. “We’re confident that even after the pandemic, we’ll continue to call on one another,” Sokolsky of Birthright said.