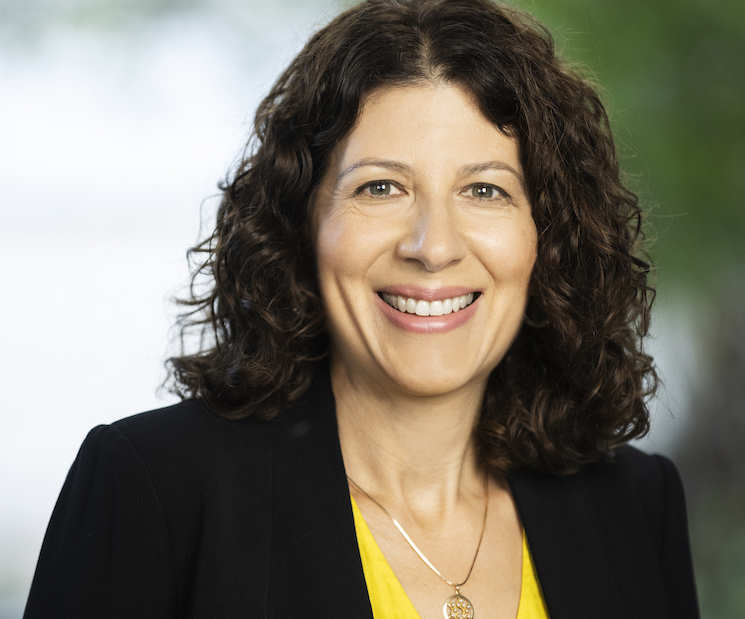 Some of Renee Wizig-Barrios’s earliest memories involve her attending Hadassah fundraising luncheons with her grandmother, a leader in Houston’s Jewish community when Wizig-Barrios was growing up in the 1970s and ’80s. Now, Wizig-Barrios has become the CEO of the Jewish Federation of Greater Houston, where one of the items at the top of her to-do list is a plan to expand the fundraising operation by adding programs that focus on families and high-net-worth individuals, she told eJewishPhilanthropy.

“We have a loyal donor base that has been with us for a long time, but we have a lot of people we aren’t reaching,” she said.

Starting with those long-ago luncheons, Wizig-Barrios has accumulated a range of professional and personal experiences that equip her for the CEO post, she said. She was active as a teen in BBYO, the pluralistic youth movement, where she had her first experiences of mentorship by adults who saw potential in her.

After earning a bachelor’s degree at Washington University in St. Louis, she worked for eight years as a community organizer at the Metropolitan Organization of Houston, a nonpartisan social justice group that counts many synagogues and other houses of worship among its membership. In 2010, she took a job at the Greater Houston Community Foundation (GHCF), where she served as chief philanthropy officer before accepting the CEO position at the federation.

“I’m an institution-builder,” Wizig-Barrios said. “Wherever I go, I don’t stay a short time. So I’m excited to invest my time and energy here.” Her  predecessors, Kari Dunn Saratovsky and Avital Ingber, each held the job for about two years.

Ingber started as CEO just two months after Hurricane Harvey — a very challenging time, said Debra G. Cohen, a federation board member. Saratovsky left Houston because her husband was offered a professional opportunity in Washington, D.C., but Wizig-Barrios will build on her vision, Cohen said.

Wizig-Barrios helped transform GHCF from a collection of donor-advised funds serving individuals to an organization that became a leader in the Houston community, said Nancy McGregor, a GHCF board member. Wizig-Barrios did this by offering various donor services, such as advisors and family philanthropy departments, which help multiple generations engage in giving together. These, in turn, facilitated cooperation among individual donors who were focused on certain causes, from domestic trafficking to COVID relief, McGregor said.

“Renee was either the outright catalyst and leader or central to whatever we did,” McGregor said, noting that when Hurricane Harvey hit in 2017, GHCF raised more than $100 million under Wizig-Barrios’s leadership.

Now Wizig-Barrios will create those same mechanisms at the federation in what she calls “a model of total philanthropy.”

At the federation, family philanthropy services will help ensure that Jewish wealth, in a generational sense, continues to help the community, she said.

“There are some major trends in philanthropy that are just non-negotiable. One of them is a big transfer of wealth. We have to engage the next generation,” she said.

The concept of “total philanthropy,” is increasingly popular in philanthropy broadly, as well as in the federation world, said Dirk Bird, the vice president of planned giving and endowment at The Jewish Federations of North America (JFNA), which helps its member federations with training and updates on best practices and tax legislation. It’s a more “donor-centered” approach than that of the classic federation campaign, in which contributors would donate money to the federation, which would decide how best to use it.

Family philanthropy programs and counseling tailored to wealthy individuals are ways to have those conversations, and federations are increasingly interested in creating them.

In the past, federations used to resist the idea of donors designating the recipients of their gifts, said Andres Spokoiny, CEO of the Jewish Funders Network, a support organization for family philanthropies and federations. “They didn’t want to cannibalize the campaign.”

In the Houston federation’s 2021 campaign, a staff of three raised $12.8 million.

Wizig-Barrios plans to hire more fundraisers, but said she doesn’t yet know how many or in what roles. She also isn’t ready to announce fundraising targets.

Across the organization, she intends to implement a new performance management strategy and is being advised by David Kaplan, who served as a vice president for finance and strategic initiatives at Jewish Columbus [in Ohio], before founding Panoramic Strategy, a consulting firm, in 2017.

Even as Wizig-Barrios gets settled, she knows that she will soon be moving offices. The federation’s current building will be torn down in about a month, and they will settle in a new building in March.

“That will be a huge opportunity to improve our culture,” she said. The federation will also start a listening campaign in 2022 to ask the community what it needs and how it wants to be connected Jewishly.

Throughout that process, Wizig-Barrios will be elevating the concept of hakhel — the Biblical commandment of assembling every Israelite, in addition to the “strangers” among them, to hear the reading of the Torah. She defines the principle as “inclusivity,” and said she and the federation’s board chair, Ben Samuels, agree on its importance due to the Houston Jewish community’s diversity.

“We have a growing Orthodox community and an aging community. There’s more of an even split between Republicans and Democrats here. We have a Sephardic community. A Russian community. Look at me — I’m Jewish-plus,” she said, noting that her husband is from Nicaragua.

He has not converted, but as a family they are members of Wizig-Barrios’s childhood synagogue, the historic Congregation Beth Israel, a Reform synagogue. Their two children attend the pluralistic Jewish Emery/Weiner School.

“It’s amazing to have the opportunity to be part of the community that I’m helping to grow and change,” she said. “It’s a very collaborative culture. All the past federation CEOs deserve a lot of credit for that.”