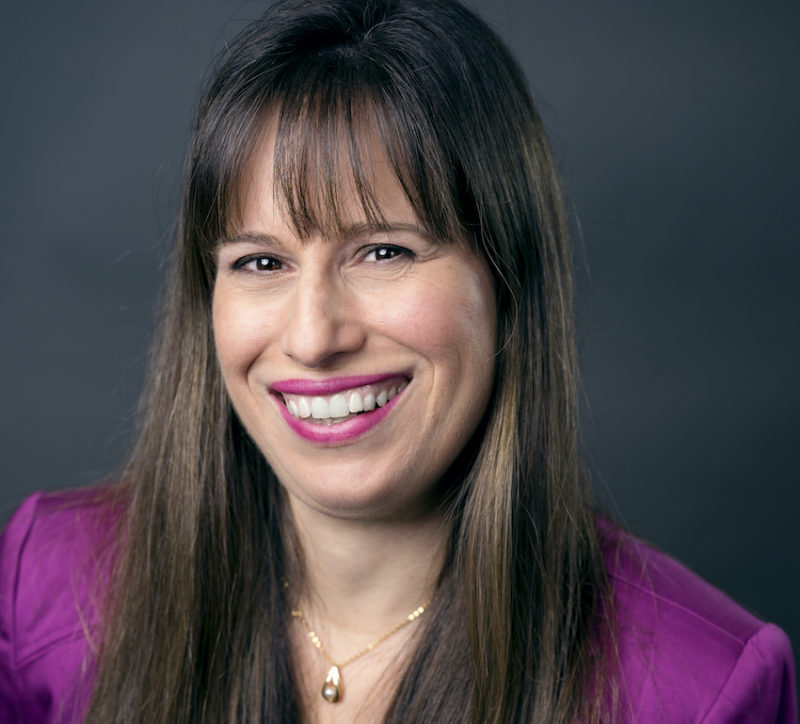 Rabbi Rebecca Sirbu has worked in Jewish Community Centers, large nonprofits and small startups. She has run drumming circles, rabbinic networks and websites. The connective tissue is her passion for drawing on Jewish wisdom to heal others, and that’s what she’s determined to bring to her new job as executive vice president at the Jewish Funders Network (JFN), Sirbu told eJewishPhilanthropy.

“Foundations need help in the work of healing others,” she said. “We’re helping bring together foundations, so that they can help heal the world.”

JFN is a service organization for families, federations, foundations and individual donors; it provides information about funding issue areas and skills training, in addition to conferences, meetings and networks. Sirbu described the central task of her position as facilitating donor collaboration by listening to member interests and bringing together those whose concerns overlap.

“When funders come together to map the needs of a population and brainstorm as to how to serve the needs of that population, they can make a real difference,” Sirbu said.

Sirbu, who was raised in Austin, Texas, by parents who worked as professors at the University of Texas, didn’t know as a child that women could be rabbis. Her family belonged to a traditional Conservative synagogue, and she had never seen a female rabbi.

However, she cherished an interest in spirituality that was only sharpened by the fact that she attended high school at St. Stephen’s Episcopal School, where her parents sent both her and her brother because they felt it was the best college preparatory school in the city.

Her parents had been worried that the experience might dilute their childrens’ Jewish identities, but it had the opposite effect on both of them, Sirbu said.

“That’s where I learned that religion could play a positive role in life,” she said. “There were these great priests, and we sat through chapel with them. My mother blames St. Stephen’s for me becoming a rabbi.”

Before Sirbu could actually chart that course, she had to be exposed to the world of Jewish feminism, which happened during her undergraduate years at Vassar College in Poughkeepsie, N.Y.

At her first Shabbat meal at Vassar, she told a female classmate who was offering her a kippah that women didn’t wear them. Today, that woman, Erin Hirsh, is also a rabbi, ordained at the Reconstructionist Rabbinical College. “I was always internally deeply spiritual, and had a close relationship with God, and then I was reading in the mid-1990s about the creativity of Jewish feminism, like feminist Seders, and rituals around menstruation and menopause. I thought, ‘This is so cool, and I want to be a part of this,’” Sirbu said.

Her parents were taken aback by her decision; her father because he thought that if either of his children became a rabbi, it would be his son, and her mother because she came from a secular background and never thought her daughter would be so engaged with her faith.

Sirbu was ordained by the Conservative movement at the Jewish Theological Seminary, where she realized that she didn’t want to be a pulpit rabbi. Instead, she took a job launching the Health & Healing Center of JCC MetroWest in West Orange, N.J., where she said she “found her place in the Jewish nonprofit world.”

She credits two mentors — Eric Robins, now CEO of the Jewish Federation of Greater Atlanta, and Michael Hopkins, now CEO of Jewish Family Service of San Diego — with lessons in how to be a manager and how to run a nonprofit, and with “making her the professional that she is today.”

It was there that Sirbu experienced the drum circles, in addition to meditation offerings and “spiritual support groups” that she led with a social worker on topics like bereavement, chronic illness and breast cancer.

“Not only was she eminently qualified from her prior experiences of pastoral counseling, she could easily see something bigger,” Hopkins said. “She wasn’t ever limited by the here-and-now.”

“[Eric and Michael] supported my creativity, my desire to make Jewish life exciting and relevant and meaningful to people today,” she said.

Sirbu took that emphasis on healing to CLAL: The National Jewish Center for Learning and Leadership, where she created a network of rabbis to support each other spiritually and professionally. She also founded and runs a website, rabbicareers.com, that helps rabbis find paid work.

The #MeToo movement against sexual harassment and abuse inspired her move to Hadassah, where she helped to introduce the legacy women’s organization to a new generation.

“The women’s movement needed healing and support, and that was part of what I saw myself bringing to that community,” she said.

In 2018 alongside Sara Shapiro-Plevan, Sirbu co-founded the Gender Equity in Hiring Project, a nonprofit that advocates for salary transparency in the Jewish communal world. While she will no longer fundraise for the group, she will sit on its board.

At JFN, Sirbu has found her rabbinate in the world of work — in the office, not the pulpit.

“I’m not the kind of rabbi that is going to start spewing quotes or texts or things like that,” she said. “It’s the essence [I’m interested in]. My first role is to be present to the person in front of me.”

Her pastoral counseling and training in active listening will be helpful in her first task of meeting JFN’s membership.

“The most creative solutions,” Sirbu said, “come when you get different perspectives around the table.”