A new project urges Jewish groups to open up about salary

Hillel is leading the way toward more transparency around pay 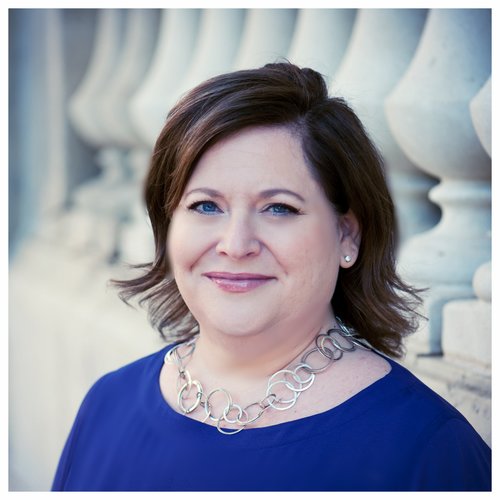 The baristas were the inspiration.

Two Jewish professionals, who had long thought they and their colleagues would benefit from more information about compensation in their field, noticed that important conversations about salaries were already happening – among the staff of independent coffee shops.

Rabbi Rebecca Sirbu and consultant Sara Shapiro-Plevan were inspired by the workers’ efforts to crowd-source salary data online to help them negotiate their wages. The women decided to try a similar effort under the name of the Gender Equity in Hiring Project, which they had created in 2018.

“We thought, ‘What is the risk involved in throwing up a spreadsheet?’” said Shapiro-Plevan. Nearly 700 people employed in various Jewish organizations anonymously entered their salary, job title and experience level and geographic area. Later this week, Shapiro-Plevan and Sirbu will host a Zoom event for the project’s supporters to discuss the findings and what they want to do next.

“We need to be taking care of folks who occupy the middle and lower tiers of organizational hierarchies,” Shapiro-Plevan said. “They’re the pipeline to leadership, and unless we take care of them they will exit the Jewish community.”

The Gender Equity in Hiring Project has raised awareness of a practice – including salary ranges in job listings – that is already widely recommended among management experts, said Gali Cooks, CEO of Leading Edge, a provider of consulting and training services to Jewish nonprofits. The organization published a report in 2018 documenting gender disparities in pay across the Jewish world. It found that men are 30% of the communal workforce but 70% of its leaders, and male-led organizations have an average budget size three times that of organizations led by women.

“There’s an ethics argument, certainly, and that’s not to be pooh-poohed, but this is also really good business,” said Cooks, adding that the salary ranges usually have a spread of between $15,000 and $25,000. “You don’t have to be paying six figures, you just have to explain to them, here’s how we set the salary.” Employees care more about fairness in pay than their actual salary number, according to research cited in a Leading Edge Guide published in October, about how and why to implement salary bands. Transparency about salary can also help employers hold employees responsible for the duties listed in their job descriptions, Cooks said.

The campus organization Hillel International, for example, started working in 2017 to analyze its salary data with the goal of creating and disseminating those bands, which they thought would make Hillel a more attractive place to work, said Mimi Kravetz, who leads the group’s human resources department. Prior to joining Hillel, which employs about 1,200 people, she had worked as a talent manager and recruiter at Google.

With the exception of Hillel, Sirbu cannot name another national Jewish organization that has yet made this change. The spreadsheet has, however, spurred some organizations to start putting salary ranges in their job descriptions, said Shapiro-Plevan. The project isn’t yet tracking how many Jewish organizations have made the switch, but several have been posted in the past three to six months on the “Year of the Jewish Woman and Allies” Facebook group frequented by many of the project’s supporters, Sirbu said. In the past month, the synagogues Ikar in Los Angeles and Beth Israel Ner Tamid in Milwaukee have both used the group to post a job that included salary information, one for a development assistant and the other for an educator.

“Organizations are starting to feel the collective pressure to post salary,” Sirbu said.

There are good reasons for hesitation on the part of some groups, said Kravetz, adding that Hillel also makes other efforts to increase employee satisfaction, like professional development. A 2018 Harvard Business Review article about the effect of salary transparency stated that employees became more motivated to work hard when they learned the salary of upper-level jobs they had a realistic chance of getting. However, learning the salary of a peer could be discouraging if the organizational culture was excessively focused on pay.

When Hillel started working on salary, Kravetz said, it moved carefully. The data was first made available to campus Hillel directors, then to the boards of those Hillel houses and then to the rest of the staff.

“If you go around the people who are the leaders in the organization to get the information out there to everyone, the leaders can feel a loss of control over their organizational communication and culture,” Kravetz said. Hillel also publishes guides to help employees talk about pay. If those conversations, and the process of disseminating information, aren’t handled well, a salary transparency effort can backfire .

Most Jewish organizations don’t have a human resources executive like Kravetz who can plan and lead these efforts, said Cooks, simply because most of them are much smaller. That’s another challenge for both employers and employees, who in general want to do the right thing by each other, and their organization, she said.

The Gender Equity in Hiring Project is trying to help fill that gap. In addition to continuing the research efforts – albeit with the help of people trained to gather and analyze data – the project is also offering bias training and consulting. Kravetz has brought members of the project as trainers to meet with Hillel staff.

“When we started doing this, people were surprised and delighted, but it was clear that it wasn’t common, or best practice,” said Kravetz. “Leading Edge has significantly changed attitudes when it comes to salary transparency and hiring.”