Larry Summers: Donate to community college over the Ivy League

Summers argued that inflation was rising because there are more jobs than available workers. 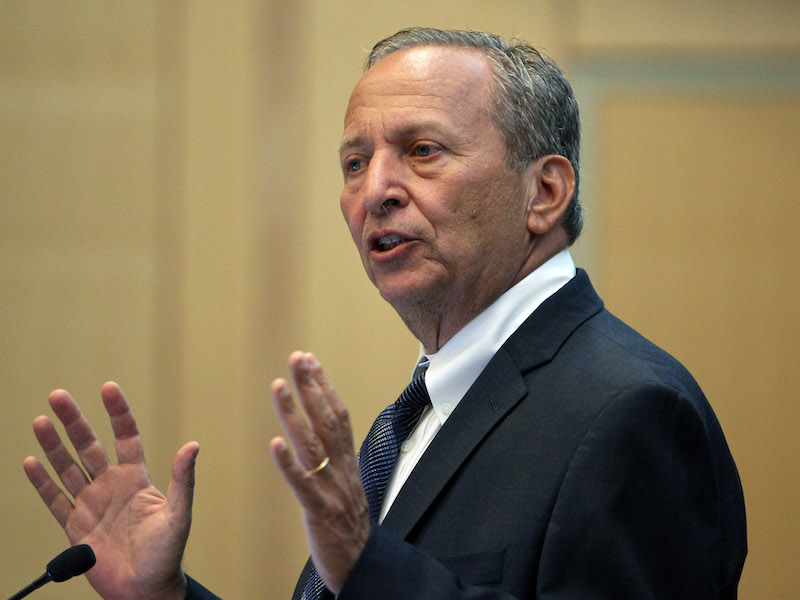 Wealthy donors who give to “relatively elite four-year institutions” should also donate to, and get involved with, community colleges in order to grow the U.S. workforce, said Larry Summers, an economist who has served as president of Harvard University and secretary of the treasury.

“Find a local community college and give 10% as much money and 10% as much time to helping them,” said Summers, who is Jewish. “It would be transformative.”

Summers made the comments at the end of a panel titled “Global Economy: Recovery or Recession Bound?” at the Aspen Security Forum on Thursday in Aspen, Colo. Though the forum is largely focused on national security and foreign policy issues, concern about rising inflation and supply chain disruptions has been featured in several sessions.

“Economics is to geopolitics what economics is to politics: critically important,” said panel moderator Edward Luce, the U.S. national editor for the Financial Times.

Summers argued that inflation was rising because there are more jobs than available workers. There are roughly 11.3 million job openings while unemployment has remained at a record low of 3.6% for several months, according to the Bureau of Labor Statistics. There are roughly 5.9 million unemployed people in the U.S.

“The battle for America’s future is going to be won or lost in the ways we train and prepare the two thirds of Americans who are not going to get the kind of college degrees that the people in this room are getting,” Summers said. “We need to get out of our fixation with… what happens in the elite institutions.”

Helping community colleges train workers in relevant science, technology, engineering and math, or STEM skills will help fill those job gaps and stimulate the economy, said Zoë Baird, CEO of the Markle Foundation, which runs programs to help workers without a college degree advance their careers.

“Fifty-nine percent of STEM jobs are held by people without a four year college degree,” Baird said. “So we’ve already seen the beginning of a new labor market, and where I feel we ought to focus.”

Summers appealed to the influential Aspen crowd to make a difference. “One lesson I’ve learned: a naming opportunity at a community college goes for about one fifteenth the price that it does at an Ivy League school,” he said. “So if you want a building named after you or a professorship named after you, there are bargains on offer, and you’ll actually do much more for the world.”