How Jewish funders and organizations are approaching Israel’s new government

Funders and organizational leaders in the U.S. and Israel, speaking to eJP, said they’re largely taking a “wait-and-see” approach to the government. 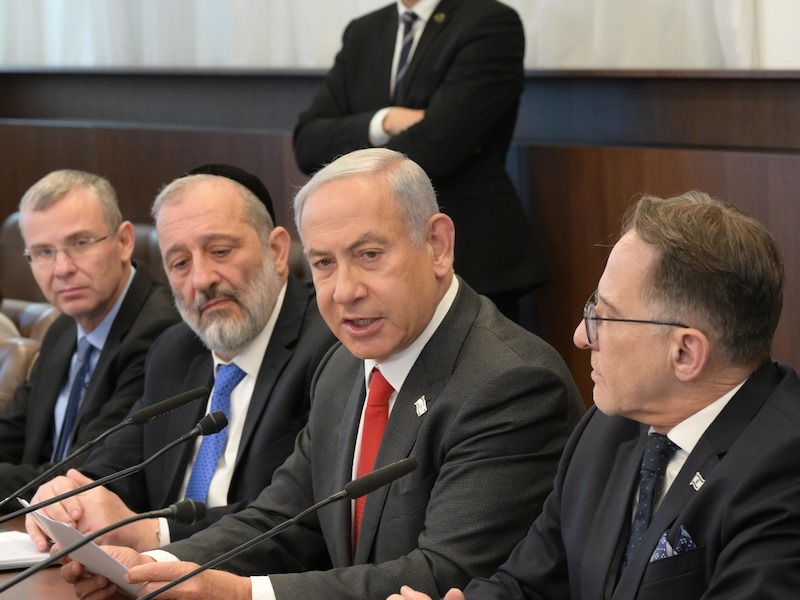 When he looks at Israel’s new government, Honeymoon Israel co-CEO Avi Rubel isn’t afraid that its proposed policies on religion, minority rights or other issues will alienate the core funders of his organization, which brings young Jewish or intermarried couples on group trips to the Jewish state. And when it comes to participant recruitment, the program has a waiting list.

But he does worry that the policies of the new right-wing government may dissuade people who could be new donors, but who instead decline to engage with Israel.

“We have funders who are concerned about whether Israel and North American communities are drifting too far apart, but mostly that points to the need to put even more emphasis on doing the work that we’re doing,” he told eJewishPhilanthropy. “The people who are already committed to Israel, they’ve been dealing with this for years. There might be some people at the margins who say, ‘I’m done with this place,’ but there are new people who we might want to bring in, which becomes even harder.”

Funders and organizational leaders in the U.S. and Israel, speaking to eJP, said they’re largely taking a “wait-and-see” approach to the government, which is led by Prime Minister Benjamin Netanyahu and was sworn in on Dec. 29. They said they are keeping their eyes on which proposals from the coalition partners become enacted into law, and which promises do not come to fruition.

“A lot of our partner organizations on the ground, and all of us, are not yet clear exactly what [elected officials] are going to be doing, and where some of their promises are going to be delivered or are going to fall short,” Sheila Katz, the CEO of the National Council of Jewish Women, told eJP. “When new governments and coalitions come into place, it’s always this in-between period of knowing what the campaign promises are, if you will, versus seeing what policies are in place… It makes it a little harder to organize until you know exactly where things land.”

She added that some of her organization’s partners are taking part in anti-government protests, and said, “When elected officials say they want to take away our rights, we have to take that very seriously and we have to organize.”

The government has begun to advance some of its proposed reforms. Justice Minister Yariv Levin unveiled a far-reaching plan last week that would limit the power of the Supreme Court, changing the way its judges are appointed and allowing the Knesset to override most of its decisions to strike down laws. Public Security Minister Itamar Ben-Gvir, of the far-right Otzma Yehudit Party, issued orders this week to stop protesters from blocking roads and asked police to take down Palestinian flags.

NCJW and other organizations that fund and partner with Israeli groups say they have no plans to change their allocations. Lonnie Nasatir, president of the Jewish United Fund, Chicago’s Jewish federation, told eJP that much of its funding in Israel is focused on aiding immigrants from Russia, Ukraine and Ethiopia, as well as supporting nonprofits serving the southern coastal city of Kiryat Gat, and that those remain priorities for the organization.

He added that JUF’s annual Israel trip for eighth graders next month will have approximately 500 participants. (Separately, a source at Birthright told eJP that that organization is seeing record registration for its trips, and that the change in government has had no effect on fundraising at the moment.)

Jewish Funders Network CEO Andrés Spokoiny told eJP that that view is echoed among many of the members of his organization. He said that if funders oppose this government’s policies, that could be “a driver of more engagement.”

“There is a minority, I would say, that opted for despair, but I think that the majority are, thankfully, doubling down on engaging,” Spokoiny told eJP. “And engaging doesn’t mean supporting all the government does. It means being true to your values and funding the areas that you care about.”

That also appears to be the approach of Hadassah, the Women’s Zionist Organization of America. Its president, Rhoda Smolow, and CEO Naomi Adler told eJP that when they meet with representatives of the government, they will focus on “reminding them of our pivotal role as the owner of Hadassah Medical Organization and youth villages in Israel and… advocating for health, the U.S.-Israel relationship and women’s empowerment.”

Nasatir said he may speak out if the government takes action on issues of religion and state, such as restricting either who is eligible for Israeli citizenship or Israeli conversion policy. In 2017, Nasatir’s father and predecessor, Steve Nasatir, said JUF “will not be hosting any member of Knesset that votes for” a bill that would have increased the power of Israel’s Chief Rabbinate over Jewish conversion. The bill was shelved.

Lonnie Nasatir told eJP he endorsed a letter, signed by the leadership of the Jewish Agency for Israel, the Jewish Federations of North America and other groups that expressed “deep concern regarding voices in the government on issues that could undermine the longstanding status quo on religious affairs that could affect the Diaspora.”

“If there are going to be some issues that come down the pike that we think are going to inflame or potentially set back relationships between Israel and the Diaspora community, we will exert our voice when appropriate,” he said, adding that such protest doesn’t indicate a lack of support for Israel. “I don’t think we’ll be shy as a collective to voice our concerns… There are certain things that you can be certain are going to be hot buttons for us, and we want to make sure you talk to us and we’re at the table.”

Supporters of the government have taken a different view, including Rabbi Pesach Lerner, a member of the Jewish Agency for Israel board of governors and the executive vice president emeritus of the National Council of Young Israel. Together with another member of the board of governors, Steve Rosedale, Lerner wrote a letter to Netanyahu disavowing the Jewish Agency letter and declaring their “unreserved support for the policy of the government you lead.”

“Many of the members of the Jewish communities in Israel and across the world share the joy regarding the establishment of a strong nationalist government,” wrote Lerner and Rosedale. “They, like us, support your coalition and are praying for the government’s success.”

Spokoiny said that even funders who support the government recognize that it may make Israel’s “case more difficult to explain or advocate for with certain constituencies.” But he said that across many of JFN’s members, there’s a recognition that connection to Israel goes beyond its government’s policies.