One year ago, amidst a national swell of energy spurred by the urgent need for racial justice, numerous Jewish organizations around the country including Jewish day schools, JCC’s, and Jewish foundations pledged to work toward a more racially just society. As an alumna of Jewish day schools, I was moved by these efforts, and I wondered if my background in theater might guide me toward productive work in the same arena. As a journalist, I have interviewed many exceptional and diverse artists, and I believe that stories hold a unique power in illuminating the lives of individuals and communities.

With this mindset, I began to envision a program for students to expand their study of Black playwrights and to interview talented actors and directors who have brought such plays to life onstage. Conversations with artists open a window into the creative process and facilitate a deeper understanding of the stories they depict. As a corollary, interview preparation encourages students to be curious, thoughtful, and well-prepared. The result is a 360 degree experience around a narrative work, enhancing students’ perceptive reading, historical analysis, and nuanced perspectives of the world around them. 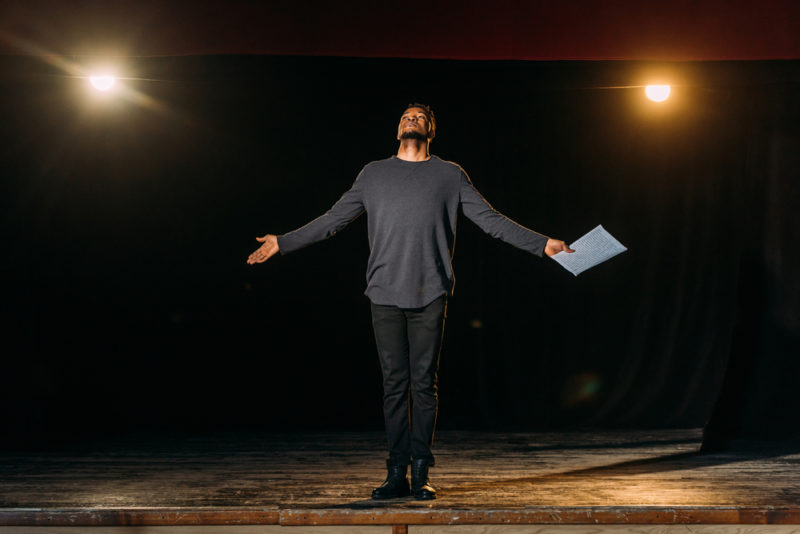 I developed the idea with my co-director Kendell Pinkney, a Black Jewish theater artist and JTS rabbinical student. Our program, now titled, Exploring Black Narratives, involves script reading, performance viewing, scene study, historical discussion and workshops with professional actors and directors. Together, we select plays and create programming. Working closely with administrators, we weave these elements into a school’s curriculum and teach them in tandem with an English faculty member.

This past year, we brought our program to three Jewish day schools across the US, and in March we were awarded a grant from UJA Federation of New York. In our second year, we will expand to 7+ Jewish day schools as well as workshops for adults and at the university level.

You may wonder, why is this program right for Jewish schools? The following four reasons guide us in our work:

As our program reaches its first year mark, we feel ever more certain of the importance of this work. Enhanced understanding of the world around us is essential to being an engaged citizen, and storytelling offers the most direct, impactful, eye-opening, and enriching portal to it.

As one teacher, Na’amit Nagel, remarked after completing our program in her 11th grade classroom, “The heart of what we’re doing in education is trying to teach teenagers to be moral, kind human beings. This can give them a much-needed window into a different reality that’s also, importantly, not so different from themselves.”

Lonnie Firestone is a writer, interviewer, educator, and Co-Director of Exploring Black Narratives. Her writing has appeared in The Wall Street Journal, Vanity Fair, Tablet, and The NY Jewish Week. She hosts the podcast Places Everyone.