Congress is currently considering a massive investment in early childhood education, as part of the $3.5 trillion soft infrastructure plan being proposed via budget reconciliation.

The time for change is now. We can (and must) do it.

Being a teacher, a woman, and an early childhood educator is financially hazardous, according to CASJE’s recent report, “Compensation: The Salaries and Benefits of Jewish Educators.” 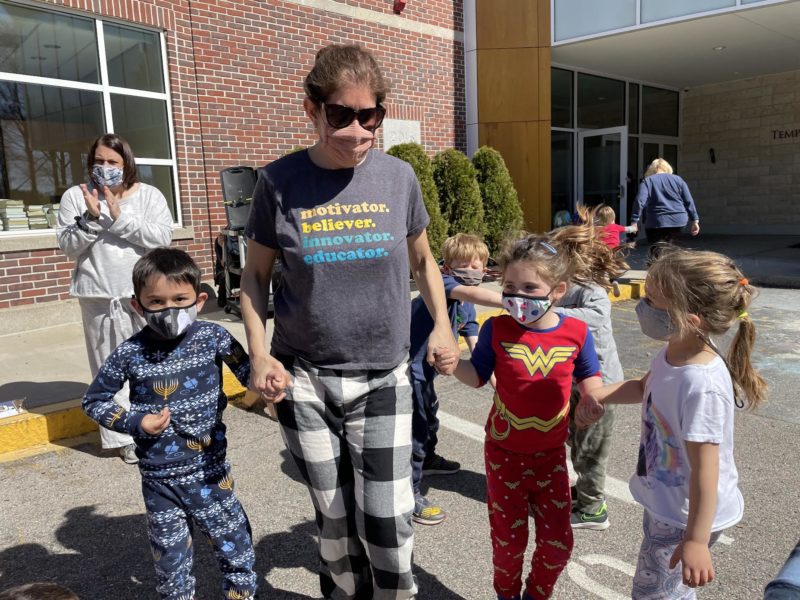 This information is not new, and it is not unique to early childhood Jewish education. What is new is that we have a once-in-a-generation opportunity to change this.

Congress is currently considering a massive investment in early childhood education, as part of the $3.5 trillion soft infrastructure plan being proposed via budget reconciliation. If this legislation passes, then all three- and four-year old Americans would have the right to a free, high-quality education. With a mixed delivery system (in which Jewish and other early childhood centers could access federal funds to run their programs) and pay parity with local K-12 schools, federal funding would enable centers to properly compensate educators. It is critical that Senate Majority Leader Chuck Schumer (D-NY) leads the charge by ensuring that this investment centers around a mixed delivery system and pay parity.

New York City already offers universal 3- and 4-year old education. As Emily Hausman, an early childhood director in Riverdale emailed her network of JCC directors around the country earlier this month, “We are making it happen and still being us. We have been able to utilize public funding to offer free high quality Jewish early childhood education and salaries that honor our educators.”

Schools like Emily’s have already seen a substantial boost in teacher pay and enrollment. Accepting public dollars has meant removing the religious aspects of the curriculum while keeping the ethical, values-based curriculum and honoring the cultures of the children. Religious aspects of the program exist after school or before school, either as enrichment classes or family engagement opportunities. This change was hard for some of these educators and yet those same individuals now report how well it is going and how pleased they are.

Surely many Jewish preschools will opt not to take this funding. It makes sense for each school to do what is right for them, including the continued operation of private programs. And still, from a Jewish perspective, I believe that we are morally required to advocate for the rights of all of the children in our country, ensuring that they have access to high-quality care and education. (Keep in mind that without federal funding, a year in our centers can cost as much as college tuition and there is still not enough money left over to pay teachers a living wage.) The research is clear that an investment in children and families such as what is being proposed in Congress will benefit our country tremendously.

Bold change like this is what is needed in order to solve a pressing challenge in early childhood centers across the country, including our Jewish programs. According to the CASJE report, only 36% of early childhood educators in Jewish centers are somewhat or very satisfied with their compensation. What’s more, the report explains that the low level of compensation is “hurt[ing]” educators, raising a concern for the educators that they will not be able to eke out a living. Indeed, half of America’s early childhood educators live in households in which at least one person receives public assistance. In a July study of American early childhood centers conducted by the National Association for the Education of Young Children, 78% of respondents reported low wages as the main obstacle to recruitment of educators, and 81% percent said it’s the reason teachers leave.

If the Jewish community’s own interests are not enough to motivate action, there are other reasons to support this policy. From a values perspective, fairly compensating our workforce and investing in our children’s education are at the heart of our laws and traditions. From an economic perspective, we have to intervene immediately in order for America’s parents to get back to work and restore their mental health.

Change to compensation in Jewish education is both necessary and possible. As we enter the shmitah (sabbatical) year, we have the opportunity and responsibility to heed our tradition’s call for economic adjustment and reset. Early childhood education remains one of the most powerful and positive forces in the life of a child and a society. For their part, Jewish early childhood centers stimulate the Jewish engagement of families in multiple domains, including behaviors, attitudes and values, institutional attachment, home practice, connection and interaction with friends and community, Jewish educational choices, and meaning making. This work is essential, highly valuable, and teachers love doing it.

Today, more than ever before in my lifetime, it is possible to imagine an America in which there is not a tax on being female and doing the vital work of working with children. Let’s show our children that our generation has made investments that count. Reach out to your legislators today to let them know that you support a significant and sustained investment in our early education system, which includes a mixed delivery system to scale up the existing childcare infrastructure, and teacher pay and benefits that are commensurate with the value of their work.