Universal preschool: What could this mean for the Jewish community?

What if Jewish early childhood centers embraced universal preschool by partnering with their states to open public pre-Ks?

The Biden administration is calling for universal, high quality preschool for all three- and four- year-olds. How and why should the Jewish community support this, and what might this development mean for our schools?

We authors do not take a stand on whether or not a particular Jewish early childhood center should offer a universal preschool program. We do, however, believe that our values—grounded in Judaism, racial justice, progressive education, and feminism—call us to vocalize support for a major national investment in early childhood education. Key to any such policy is compensation equity for educators, educational practices that are good for children, care that will meet the needs of all families, and a commitment to the development of a robust infrastructure for infant and toddler care. 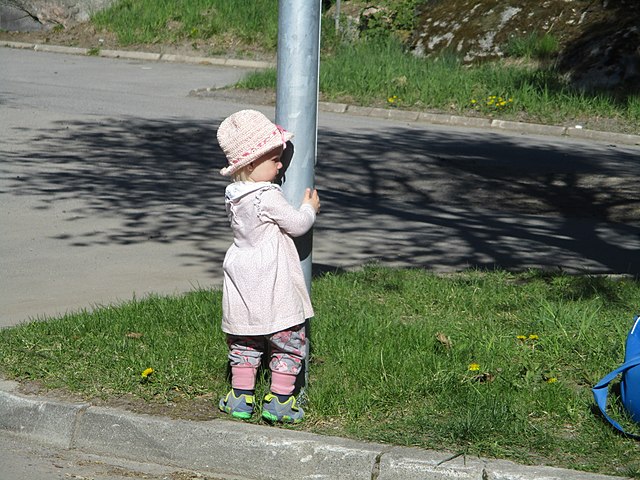 As we learn more about a potential policy shift, we want the Jewish community to feel prepared.

A month ago, President Biden shared with the country his vision for an American Families Plan. Like the American Rescue Plan that passed in March, this new plan is revolutionary in the ways it will support families (free tuition for three- and four-year olds, wraparound care, and tax cuts) and invest in early childhood education (teacher preparation programs and wages increases). In the months ahead, the actual text of a bill will be drafted and proposed in the Congress. This bill text will be the result of behind-the-scenes negotiations by the Biden administration, various congressional offices, and assorted advocates. We expect that the text of the plan will mirror what the White House has already proposed and that it may, as well, include select details from other ECE and families plans that have been proposed, such as the Childcare for Working Families Act, the Childcare as Infrastructure Act, and the Universal Child Care and Early Learning Act.

Portraits of Universal Preschool from 3 States

Although legislation will come from Washington, implementation will take place state by state. Several states already have some version of universal preschool and the variation is both staggering and revealing.

In Georgia, universal pre-K is widespread, and no Jewish early childhood centers have opted to participate. Georgia was an early adopter of universal preschool, and Jewish leaders struggled to imagine how they could say yes to stripping their programs of Shabbat celebrations, blessings before and after meals, and prayer. As a result, the 4-year old year, which is the most profitable for centers due to requirements for class size and teacher-student ratio, has declined dramatically at centers in communities where children matriculate into public schools for the elementary years.

The JCC in Milwaukee, WIsconsin, where universal pre-K is only 2.25 hours per day, has managed to welcome children and families for wraparound care, bringing children from public school to the JCC for private-pay morning and afternoon care. The JCC has developed close partnerships with the local public schools and is able to support the community while still offering its own private pre-K that offers a full day of care. Full-day early childhood centers even have the option to accept state funding and continue charging tuition to families. This means that in the case of one prominent school in Madison, the annual budget includes a surplus that the school can redistribute for need-based financial aid or program improvements.

New York is a new story, where some Jewish early childhood centers run public pre-Ks (and later this year public three-year old programs) for the mandated 6.3 hours of care, and then facilitate robust family engagement opportunities, in which the whole family can arrive before school to do havdalah together on Mondays and then stay at school after hours for a family Shabbat celebration on Fridays. One director reports that her center had 40 children in pre-K before universal preschool, and that the number dropped to 4 when public options became available in the neighborhood. With public funding, the school now has 84 children in the pre-K. State monies are pouring in at a level that exceeds past tuition revenue to raise salaries for teachers to the highest they have ever been ($70,000). The requirements for teacher credentials are high, and by investing in these teachers at the proper level, more children have access a higher quality education.

What we see in New York is attention to the fact that the goal of affordability for families is vital and that it is still eclipsed by need to address the poverty-level wages that face early childhood educators. Public funding, if and when it is executed well, offers benefits to families (affordable tuition), teachers (competitive wages and benefits), and children (high-quality teachers) that are unmatched by any other solutions.

In the event that universal preschool for three- and four-year olds is implemented nationally, which Jewish early childhood programs can survive? Perhaps only those in certain Jewish day schools (where mission-driven faculty can live with low salaries because of the tuition benefits their children may receive) or those whose families can afford and are accustomed to private school education.

At its best, the proposed federal funding has the potential to bring in the kind of revenue that would make wages sustainable for teachers. This would be instrumental in solving the current national shortage of qualified early childhood teachers. We need to begin talking about this notion with our communities and advocating to our elected officials—local and federal—for a universal preschool system that prioritizes educator compensation, developmentally appropriate practice, access, and infants and toddlers (not just three- and four-year olds). Think about what this would mean for your families—and all families. Contact your representatives today.

Shma Koleinu is a collective of individuals dedicated to listening to and advocating for children, families, and early childhood education. It is hosted by the Paradigm Project and the Sheva Center at JCC Association of North America. Get involved here.

Shma Koleinu (Hebrew for Hear Our Voices) was founded in summer 2020, as Jewish early childhood educators exchanged emails to try to understand the various bills being considered by Congress that were aimed at supporting the childcare sector. Today Shma Koleinu advocates include field leaders and center directors (current and retired) from a variety of locations, denominations, and institutions.