Let’s celebrate the thinkers, philosophers and theologians among us

Don’t feel bad if you can’t name any Roman philosophers. There aren’t any.

Okay, I exaggerate. Roman philosophers existed: Marcus Aurelius, Seneca, Epictetus, and more, but, in truth, they didn’t create new philosophy as much as re-package earlier philosophy developed by the Greeks. The three philosophers named above, for example, were basically “self-help versions” of the earlier Stoics. Cicero was more jurist and orator than thinker. What little Roman philosophical development there was took place in Greek areas of the Empire, like Alexandria. Almost no original philosophical thinking developed in Rome. 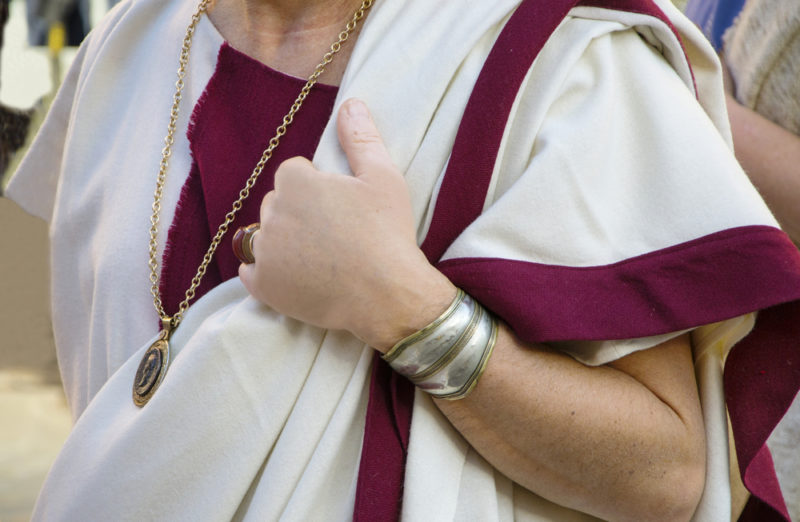 In fact, both the basic sciences and basic philosophy were developed by the Greeks. The Romans applied these ideas to engineering, law, and military organization; they excelled at all of these, building them on the solid foundations of Greek thought. While the Greeks specialized in ideas, the Romans specialized in using these ideas.

Looking at North American society today, I can’t help but see a parallel. Most of our creativity and energy seems to be dedicated to form rather than content, to technology rather than ideas. As a society, the people we lionize are not thinkers or philosophers, but entrepreneurs; our main achievements are technical, not ideological. Technology and “applied research” attract more funding and attention than basic sciences and humanities. We praise ourselves for being practical and efficient, for creating systems and organizations. We pay more attention to distribution platforms than to the content that lives on them.

The Jewish community is no different. We launch innovative frameworks for Jewish life that are as creative in form as they are thin in substance. Much of our communal energy over the last three decades has been aimed at creating platforms, leaving the content pretty much up for grabs. Furthermore, the basic ideas that form the spiritual, religious and ideological scaffolding of Jewish life are products of 19th-century Central Europe. If Germany was the Jewish Greece, America is the Jewish Rome.

To be more precise: The movements, religious and secular, that animate Jewish life are products of the clash of traditional Judaism and Central European modernity in the 19th and early 20th centuries. As Jews were emancipated and started to live in the modern world, they produced a flurry of innovative ideas that helped them deal with their new situations. All the ideologies of today’s Judaism stem from that momentous encounter, from that moment of transition and upheaval. The Reform Movement and Chabad were created in the 1810s, the Conservative Movement in the 1830s, Modern Orthodoxy around the same time, Political Zionism in the 1880s. Even ultra-Orthodoxy is a reformist movement, created as a response to modernity. The only major Jewish denomination created in America is Reconstructionism, but its creator, Rabbi Mordechai Kaplan was born in Lithuania and learned from a generation of European thinkers. The eminent Rabbi Abraham Joshua Heschel studied in Berlin.

Like every generalization, this one is a little unfair. There have been some attempts to create novel Jewish ideologies in America (such as the Renewal Movement and the Neo-Hasidism of Art Green), but by and large, we live in an ideological landscape that is 100 or 200 years old, an ideological landscape built as a response to historical circumstances that were radically different from the ones we confront today.

For decades, we masked the dearth of ideas with a flurry of engagement and “identity building” programs. We responded to the perceived (and real) threats of assimilation by creating “gateways” to Jewish life, but we ended up treating those gateways as goals unto themselves—doors to nowhere—rather than first steps towards more demanding content and richer meaning. The new spiritual communities that are emerging in many parts of North America (think of the “emergent network”) have failed, so far, to produce a new comprehensive set of ideas about what is Judaism, what is God, what is the Jewish people and so forth.

Let’s be honest: We also avoided the deep discussion of ideas for the simple reason that our leadership class—both lay and professional—wasn’t equipped, for the most part, to engage in serious conversations about Jewish texts, culture, and philosophies. The result is an intellectually impoverished communal life that avoids deep engagement with the biggest questions of our time.

Even before the pandemic, American Judaism was due for new thinking. The world of the 21st century is radically different to that of the 19th. It’s not only that technologies have changed the world, but our self-conception as humans has changed. We see societies, peoples and nations is a very different light than we did 200 years ago. Advances in genetic engineering, artificial intelligence, and a keener understanding of our impact on the planet challenge the very way in which we understand life and humanity. To these deep questions, we can only offer outdated ideological frameworks. We are also unprepared to respond Jewishly to new political and social movements.

The pandemic, however, made our ideological obsolescence even more troublesome.

Nobody goes through a brush with death without asking themselves a few existential questions. That’s why pandemics are always harbingers of spiritual, religious, and ideological changes. The Black Death unleashed a flurry of spiritual movements that would ultimately result in the Renaissance and Reformation. The expansion of Buddhism in East Asia is attributed to the smallpox epidemics of the seventh century; radical secular ideologies and entire art movements solidified after the Spanish flu.

After COVID-19 too, we will be wrestling with existential questions and a deep sense of anguish. If people were in a spiritual quest pre-pandemic, the post-pandemic years will see us more perplexed and more desperate for ideological mooring.

Because our disinvestment from the world of ideas, as a community, we are woefully unprepared to conduct the deep ideological conversations we need to have, let alone coming up with entire new ideological systems and religious constructs.

In this barrenness of ideas, there is nonetheless good news. One particular movement, incipient as it may be, gives me special hope: The re-emergence of Jewish journals of ideas. In the last few months, a number of journals have come out; in them, people can discuss ideas in long format, without the tyranny of the 800-word limits (or, worse yet, 280 characters!). Notable among them are the new journal of the Shalom Hartman Institute and Sapir, the journal of ideas published by the Maimonides Foundation. Other organizations, like Hadar, are also producing insightful and deep materials. Moment Magazine’s symposia are also remarkable.

Because in Jewish life no good deed goes unpunished, some find fault in these initiatives. The selection of issues or writers is not to their liking, they are not ideologically aligned with their own views, they challenge dogmas they believe in, etc. But those critics miss the point. The question, when it comes to a journal, is not whether or not one agrees with the content, but whether there’s rigor, depth, and ideological innovation in its pages. The idea of these journals is to elevate the conversation, to raise the intellectual tide so as to “lift all boats” of Jewish content. In fact, if one disagrees and produces content of similar quality but with a different ideological bent, that’s success.

Given the desperate need for deep ideas, for innovative thought and spiritual and ideological renewal, any encouragement to write, think and discuss should be welcomed.

I’m encouraged that, finally, funders see the importance of funding ideas. Many who thought that dealing with philosophical question was idle intellectualism are realizing that without ideas, without new systems of thought and without new conceptual frameworks, the Jewish world will not have a compelling message for the 21st century.

As we leave this long pandemic night, let’s seize the moment to think big thoughts, let’s celebrate the thinkers, philosophers and theologians among us and those who support them.