We need a paradigm shift in American Hebrew education

For American Jews, Hebrew can offer a set of resources that strengthen aspects of Jewish identity, engagement, and practice.

When I visited Revital at her house in Los Angeles last August, she was thrilled for me to meet her two young daughters. They had just come back from their first summer in Israel in two years. The trip was jam-packed, she says as she plates different flavors of halva for us to taste. But between visits with loved ones, Revital was fixated on her daughters’ Hebrew skills. “Their Hebrew is perfect now,” she tells me. “You’ve gotta hear it before it gets ruined.”

Her statement was striking. After a year at a small, affordable learning pod run by an Israeli expat, Revital’s eldest was about to start public kindergarten. This pandemic set-up forestalled some of the loss of Hebrew she expected in raising her kids in the U.S. with a non-Jewish spouse. Still, watching her daughters already speak most comfortably (and fight with each other) in English has been emotional for her. Her efforts to bring Hebrew home through books and games could only go so far. Though I met Revital through her advocacy in support of Hebrew classes at public schools, she recently has become more curious about other ways she could make Hebrew learning a fixture in her daughters’ lives in America. 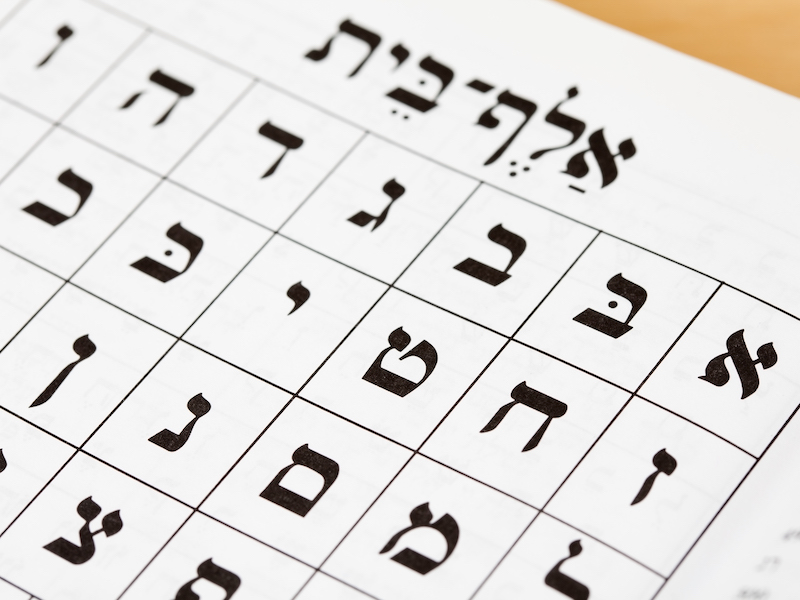 Revital isn’t alone. For the Israeli-American parents I met through my research, language loss is a time-sensitive concern that grows over time. While the prospect of religious education as a solution to this issue gives them pause, many are concerned about how to sustain their hybrid identities through Hebrew. Israeli culture and Hebrew language are all over the public sphere in L.A., where I conducted my interviews. But even there, raising multilingual children in America is no less challenging for Israeli-Americans than it is for other immigrant communities. The consequences of losing Hebrew — their connection to family, homeland, and Judaism — become clearer for many families the longer they settle here.

For American Jews, Hebrew can offer a set of resources that strengthen aspects of Jewish identity, engagement, and practice. While the same may be true for Israeli expats, Hebrew is a home language beyond or in addition to its more religious significance. Though the language is usually a central feature of their identities, many Israeli-American families aren’t banging down the doors of local day schools, supplementary schools, and camps for backup. They typically prefer public schooling for reasons including affordability and opportunities for integration. Secular Israeli expats also often have an aversion to religious institutions, based in their distaste for the coercive and exclusionary control the Israeli rabbinate has on public and personal life. But they typically find liberal Judaism to be quite foreign too. Additionally, the concept of paying for religious education may seem strange given the public funding of religious institutions in Israel. Studies show that Israelis generally feel some unease towards American Jewish institutions upon arrival. However, with longer stays in the U.S., they tend to either affiliate more strongly with organized religion or integrate into broader society.

When we, as a community and as thought leaders, discuss the “Israel-Diaspora relationship,” we frequently erase the border group in our midst: those for whom Israel is literally their homeland, but for whom America has become their home. Their perspectives on American Judaism, organized religion, cultural maintenance, security and more are likely to be channeled through their experiences within and in relation to Israeli society. We highlight their ties to Israel, but show a remarkable lack of curiosity when it comes to their triumphs and struggles here in the U.S.. We’re grateful for the pipeline of educators and shlichim, who demonstrate a vibrant Jewish, Hebrew-speaking culture for our constituents. Yet the sizable representation of Israelis in Hebrew teaching roles leads us to believe that Israeli-Americans are and will be continuous producers of Hebrew-medium content. We forget that the children of Israeli expats are often consumers of Hebrew education as well. The expectation that Israeli-Americans will endlessly produce and perform “authentic” Israeli Hebrew isn’t sustainable. This is just not how America works. We know this from our own complex migration histories and from those of our neighbors.

In the past several years, a few community centers and organizations piloted new childrens’ programs to reach these families on their own turf. In 2020, the Israeli-American Council rolled out OFEK, an online platform to reach children and adult learners seeking to deepen their knowledge of Hebrew and Israeli culture. Parents around the country have organized Zoom meetings to strategize around raising bilingual children here. Like in Revital’s case, educators and families have also partnered to create learning pods to promote Hebrew speaking for children.

Institutional leaders should take note of this. The more Israeli-American families become comfortable here, the more they may lean on institutions to address their educational needs.

In a handful of cities, institutional leaders and funders have gestured towards sidelining or diluting Hebrew programming. The public narrative around Hebrew education tells of a dwindling interest among American Jews or even of institutional failure. However, it’s critical that we expand our mental image of Hebrew learners to include this substantial population of American Jewish consumers. Local and national organizations must learn to listen in earnest to the educational concerns of the Israeli-American community. With this small measure of humility and collaboration, we can fill an important gap in contemporary Jewish life and education.

Hannah Z. Kober is a PhD Candidate in Educational Linguistics with a concentration in Jewish Studies at Stanford Graduate School of Education.