The Marcus Foundation’s teen Israel travel program is back on

Scheduled to launch last summer, the pandemic forced RootOne to cool its heels for a year 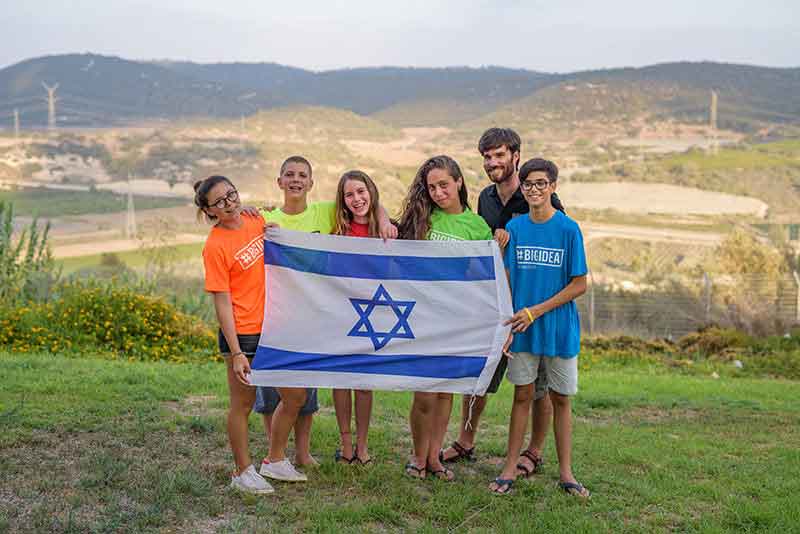 The first group of 38 teenagers to travel to Israel with financial help from RootOne, the teen travel program whose planned launch last summer was thwarted by the pandemic, will depart on June 10, under the auspices of JEWISHcolorado, the Denver-based federation.

An estimated 4,000 teenagers will travel to Israel this summer with the help of a subsidy from the group, which received $20 million in seed funding in 2019 from the Marcus Foundation. Administered by the Jewish Education Project, RootOne provides trip vouchers to students through local Jewish federations, such as the one in Colorado, and youth groups like BBYO, NCSY, NFTY and United Synagogue Youth.

The Israeli government announced on April 13 that groups of vaccinated foreigners would be allowed into the country in late May, but at that time almost no details were available as to how travel would work in practice, said the ITA. The first trip run by Birthright, the largest Israel trip provider, landed on May 24 with 20 participants — down from the average pre-pandemic busload of 40 participants.

Rules regarding tourism continue to change. Yesterday, Israel lifted most of its COVID-19 restrictions within the country, and that applies to tourists as well, said Rebecca Caspi, the director general of Jewish Federations of North America’s Israel Office.

“There are no limitations, so we are ecstatic,” said Simon Amiel, RootOne’s executive director. “We were concerned that if the students couldn’t experience some things that are central to the Israel experience that it might not be the right time to go.”

In many states, children under the age of 16 still can’t be vaccinated, and RootOne is strongly discouraging participation by unvaccinated teens, although as the funding organization it doesn’t have the power to make rules for the trip providers. The group understands that bringing an unvaccinated child could jeopardize the trip for everybody else, because Israel is requiring that everyone entering the country quarantine until their COVID-free status is verified by a blood test, Amiel said.

This year only, RootOne is allowing graduating high school seniors to participate because of last year’s cancellations, Amiel said. Next year, it will return to its originally planned age groups of students entering 10th, 11th and 12th grades.

“It has been a remarkable 10 months. But we have learned so much, and we are ready to go,” Amiel said.