This Israel tour group has bought its tickets 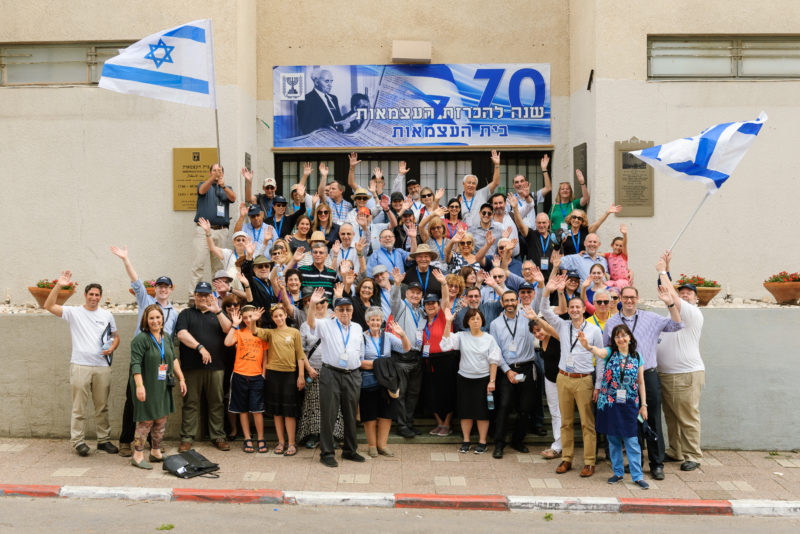 Israel announced yesterday that it will be allowing groups of vaccinated foreigners to enter the country again beginning in late May, giving hope to would-be tourists who have waited for the last year for the country to reopen its borders. But with the announcement has come uncertainty, as tour organizers remain largely in the dark about the logistics of the country’s planned reopening.

The Israel Travel Alliance, which includes BirthrightIsrael, dozens of other trip providers and 10 foundations, said it wasn’t able yet to answer questions about how the planned opening will work in practice, or whether it means its members will actually be able to offer their trips.

“A detailed outline will be released in the coming days,” the Jewish Federations of North America, operator of the alliance, said in a statement.

Israel will require travelers to undergo a rapid-response test for the coronavirus before getting on the plane, and a blood draw upon arrival to prove that they have been vaccinated. Once Israel and other countries have agreed on how to use certificates to validate vaccination, the blood test will no longer be necessary, according to a statement from the health and tourism ministries.

One group — RZA-Mizrachi, a religious Zionist organization, is ready to go — plane tickets bought, lodging reserved and an itinerary set for what the group is calling a “solidarity mission,” Rabbi Ari Rockoff, its executive vice president, told eJewishPhilanthropy.

“We’re hoping to spark our community to see beyond the pandemic,” he said of the trip, scheduled for May 26-31, in Jerusalem. “Going to Florida and Cancun, those should be on the bucket list, but Israel is our homeland and we should be checking back in.”

RZA-Mizrachi was originally planning a trip for next winter, but the board decided they didn’t want to wait that long, said Rockoff, who is based in West Hempstead, Long Island.

The organization had a longstanding relationship with Israel Destinations, an Israel-based travel agency, which told its officials that a spring trip was a possibility.

RZA-Mizrachi was told that its group would have to fit on an average-sized tour bus, which holds about 50 people, Rockoff said. Their group will be about 40 people, including staff. While he said it’s impossible to know at this point exactly what rules they will have to follow in Israel, they anticipate some limitations on where the group is allowed to go, as well as requirements that their group not disperse. He declined to share the cost, and said the trip is not open to the public.

Instead of touring around the country, as on a typical mission, much of the itinerary includes meetings with experts who participated in Israel’s vaccine development and distribution programs.

“We know there’s 10 things that could still happen that would preclude us from coming, but our mission is to be connected to Israel,” he said.