We, as Jews and as Americans, have an abiding interest in protecting this nation’s liberal values of freedom of expression, which is a cornerstone of our democratic society and crucial to our own wellbeing. Jews thrive in societies where freedoms are protected and not in those where they are suppressed.

One of my jobs as president and CEO of this organization is to highlight external trends that impact our organization and the broader Jewish community. Sometimes these trends are straightforward, noncontroversial and easy to speak about. At other times, however, they can be sensitive and hard to raise because in addressing them we may rattle the sensibilities of some in our community. This is one of those moments when I feel that leadership requires I offer my perspective on a sensitive topic.

We have all noted and expressed alarm about rising antisemitism in American society coming in various forms. It’s not controversial to identify antisemitism on the far right, in the Muslim world, and on the far left of America. 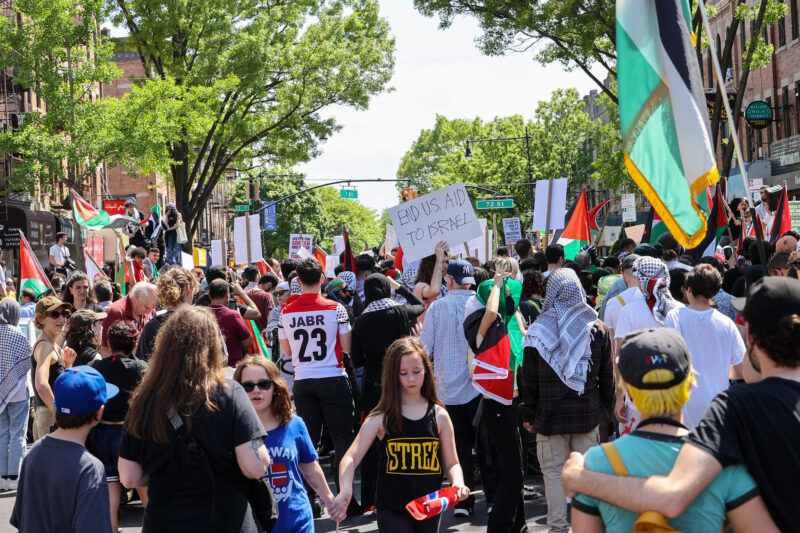 We have not, however, fully grappled with the rise of antisemitism on the left, sometimes cloaked in anti-Zionist rhetoric and sometimes expressed in a social justice terminology alleging Jewish power and privilege. Oftentimes in both. I believe that we have not been forthright about the sources of left-wing antisemitism and thus haven’t addressed it effectively. Jewish organizations may even be inadvertently fanning its flames. ADL CEO Jonathan Greenblatt recently compared antisemitism on the right to a hurricane, and antisemitism on the left to climate change, meaning that the left-wing form of antisemitism is slower moving and takes a toll over time on Jewish security and wellbeing. I think that’s an apt analogy. As with climate change, however, it’s not enough that we speak of the symptoms; we need to understand its causes to prevent it from metastasizing and spreading.

What are, then, the CO2 emissions of antisemitism on the left?

Here is where we get into inescapably touchy territory. Jews have long been at the forefront of our nation’s social justice movements, most notably the civil rights and LGBT rights movements. We rightly take pride in the role Jews played, and aspire to remain in partnership with those seeking to change the country for the better. It’s only natural then that many Jews support a movement that addresses the unfinished business of civil rights and a racial reckoning born in the wake of police shootings and the murder of George Floyd.

In advocating for a more just society, however, some social justice activists have sought to limit rather than expand the frontiers of social discourse and debate. They often advance policy prescription that are not only unworkable or counterproductive, but promulgate an ideology that claims to be a successor to the liberal tradition and stifles dissent. Some activists even use antisemitic tropes and express hatred toward Israel. Too often, to remain in good standing in social justice circles, Jewish groups simply defer to the ideology and its adherent, short circuiting our own deliberative process. The fact that I’m so reluctant to share my view with you on this is emblematic of the problem.

Jews need to contend with the fact that pursuing one value we hold dear—participating in social change movements—may conflict with another value–freedom of expression and open discourse, as well as self-preservation. We, as Jews and as Americans, have an abiding interest in protecting this nation’s liberal values of freedom of expression, which is a cornerstone of our democratic society and crucial to our own wellbeing. Jews thrive in societies where freedoms are protected and not in those where they are suppressed.

In addition, this ideology very likely spawns a new variant of antisemitism, one that we are only now beginning to understand. The ideology regards the problems of the world in dichotomous, oppressor versus oppressed, terms. Powerlessness is equated with moral righteousness, and power with depravity. As the ideology spreads, more and more Americans are likely to view Jews and Israel through this lens as powerful actors who have achieved their success on the backs of marginalized communities and, in the case of Israel, of Palestinians. Whenever an ideology draws a direct link between identity, and power or privilege, it won’t take long for some to draw the connection between Jewish power and privilege. And that’s precisely what’s happening: this ideology provides a permission structure for antisemitic conspiracy theories, often promulgated by otherwise well-meaning people.

That is why I would like our organization to explore and, yes, debate these issues. Even if you think I’m overstating the risks, I’m sure you would agree there’s no harm in delving deeper into the ideological roots of progressive antisemitism. We have never before shrunk from controversial topics with ramifications for the Jewish community, and I would encourage us to move forward in the same open-minded spirit that has defined us since our inception.

David Bernstein is founder of the Jewish Institute for Liberal Values (JILV.org) and author of Woke Antisemitism: How a Progressive Ideology Harms Jews. Follow him on Twitter @DavidLBernstein.