We might be asking the wrong questions and thus reaching the wrong conclusions about the future of American Judaism.

The way we approach a question can change the answers we find. This is apt when trying to determine whether the American “Jewish middle” is declining and if younger American Jews are less connected to their Jewish identities than previous generations. This is the common narrative among researchers and Jewish professionals based on demographic studies conducted over the past decade, as well as from anecdotal experiences of many community leaders. 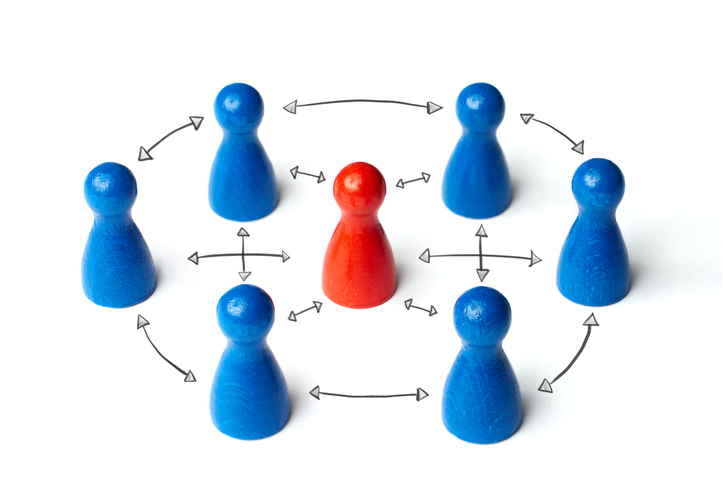 These understandings have largely relied on three metrics that, in the past, correlated with strong Jewish identities: denominational identification, synagogue or communal membership, and in-marriage.

The “Jewish middle” commonly refers to those who are not fully immersed but participate in Jewish life and support Israel. They tend to be more Jewishly engaged than assimilated liberal Jews and more professionally and socially influential than Orthodox, especially ultra-Orthodox, Jews.

Thus, the “middle” can be viewed as the “connective tissue” that brings together the two poles of American Jewish life and its decline is problematic.

There is a significant generational shift in the US, that also impacts Jewish life and identity. Millenials (b. 1981-1996). tend to prize greater individualism and eschew labels. They are less interested in established institutions and more interested in niche expressions, which are viewed as more authentic. They often pair progressive politics with a re-engagement with Jewish texts and tradition.

Millennials also see no dilemma in holding overlapping compound identities, in which Jewishness is one component. For them, identities are more constructed than inherited, and intermarriage is decreasingly seen as a stepping away from Jewish life. They also marry later and have smaller families.

It is entirely possible that the parameters traditionally used to judge the health of the Jewish community may be less relevant for millennials.

In a Jewish People Policy Institute study to be released this year, we attempt to answer this by re-reading surveys of the American Jewish community. One series of studies, conducted by Professor Len Saxe at Brandeis, examines major Jewish communities like Boston, Washington DC, Pittsburgh, Denver and more.

Indeed, one reading of these studies backs the “declining middle” and “generational decline” narratives. However, reading these studies from a different angle shows not only some stability across generations but the possible formation of a “new middle.”

Could it be that many millennials prefer to be “just Jewish” – that being non-denominational speaks more to the desire to avoid labels? Or that many synagogues are geared to families, and are thus less appealing to those without children? Or that those same people do join synagogues once they have families later on? Or that some prefer Jewish activities that do not require membership and that membership in a religious community is no longer a societal norm? Or that intermarriage is not as much of a “foot out the door” as it once was?

New Ways to Think about Jewishness for Millennials

If denominational identification, synagogue membership, and in-marriage are less relevant for millennials, how can we better measure their Jewish identity?

Saxe’s team offers an alternative by defining three levels of engagement based on behavior, that cut across denominations and membership.

On one end, Saxe defined a “minimal” group and on the other an “immersed” group. The “middle,” is split into those whose Judaism is home-based, cultural, or by community affiliation.

Just to give one example, Saxe’s 2015 study of the Boston Jewish community, shows a decline in those identifying with Reform and especially Conservative Judaism, and a rise in non-denominational Jews. In 2015, 45% of Boston’s Jews said they had no denomination, versus 17% in 2005.

And yet, when examining Boston’s Jews through the lens of Saxe’s new categories, we see few differences among age groups between the immersed, and minimal categories.

Another indicator that traditional labels may have lost relevance is seeing how denominational labels match up with the new categories. While Orthodox dominates the immersed group, and Reform and Conservative the middle, nearly 80% of the immersed are not Orthodox, but rather Conservative (~40%), Reform (25%) or non-denominational (15%). More than two-thirds of Boston’s Jews fell into one of the three middle categories, with only 17% being minimal.

A separate series of Jewish community studies conducted by Professor Ira Sheskin at the University of Miami, with a different methodology, also backs this hypothesis.

It is worth noting that the traditional parameters are not meaningless. The data is clear that those who still exhibit denominational identity, synagogue membership, and in-marriage tend to be more Jewishly engaged than those who do not.

What is worth considering is that a high number of those who do not tick off these boxes also exhibit high markers of Jewish engagement.

Jewish community leaders, scholars, and funders should start noticing this trend, and asking different, or at least more, questions.

It may be that the American Jewish middle is not declining so much as transforming, and the institutions of previous generations are less relevant to younger generations. Perhaps this means that to engage this “new middle,” the Jewish community should consider planning for a future that involves more cultural engagement that is less driven by institutional affiliation.

In understanding our challenges, we can better formulate more appropriate strategies for strengthening the American Jewish community and adapt to future trends.

Dan Feferman is a Fellow at the Jewish People Policy Institute (JPPI) and co-host of the Jewanced Podcast. He is the author of a forthcoming book on Millennial American Jews and the transformation of the Jewish middle.