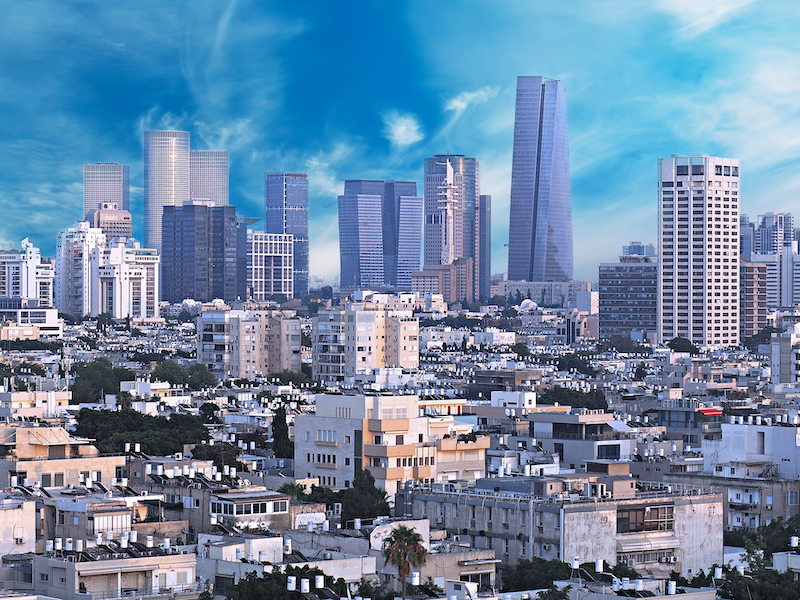 A view of the Tel Aviv business district

David Elmalich was fresh out of his army service when the COVID-19 pandemic hit. With endless amounts of free time, he dove into mycology, the study of mushrooms. In the two years since he began researching the fungi, Elmalich, along with his partner, launched Funngiz, an online shop selling exotic and medicinal mushrooms. His biggest hurdle, he writes on the new crowdfunding platform SparkIL, is meeting demand.

He credits SparkIL, the peer-to-peer lending service that officially launches today, with helping to navigate the Israeli bureaucracy and red tape that is often insurmountable for young entrepreneurs.

“Israel had no mushroom market to speak of, so I took my savings and bought equipment to start growing them,” Elmaliach wrote on his SparkIL profile. “ Our biggest hurdle right now is inventory. We are regularly sold out of products and need a larger facility so we can keep up with the demand for supplying restaurant distributors.”

Think Kiva, the online microlending platform, but for the Jewish state. In addition to helping small businesses get off the ground, SparkIL’s founders hope to strengthen the connection between Jews in the Diaspora and Israel. The platform facilitates small interest-free loans for a range of new businesses working to break into their industries. SparkIL, which was founded through a partnership between The Jewish Agency for Israel and The Ogen Group, an Israeli nonprofit loan fund, directs potential lenders to a range of target groups in Israel, from businesses owned by new immigrants to small groups that work with individuals with disabilities. Other founding partners include the Max M. & Marjorie S. Fisher Foundation and UJA-Federation of New York.

The platform currently features six small businesses soliciting loans. It plans to expand to include enterprises owned by members of Israel’s different communities, from Arab Israelis to Haredim.

SparkIL is the brainchild of Amira Ahronoviz, the director-general and CEO of The Jewish Agency for Israel. Ahronovitz grew up in the southern Israeli city of Beersheva, where she said she watched small-business owners struggle to find success.

“The characteristic of those areas is that a lot of the people, their way to make a reasonable income is to have a micro-small business of their own,” Ahronoviz told eJewishPhilanthropy of the area where she grew up. “But yet, I’ve learned very early in my professional career, that accessing credit [for] those more vulnerable populations, or more risky populations, is a challenge.”

She added, “If [the entrepreneurs] don’t have someone who is holding their hand and providing them — in a responsible way — the credit and the way by which they need to expand their business or maintain their business, [that] could be the difference between collapsing or having your head above the water.”

The idea for SparkIL evolved, she said, as a three-pronged approach: helping entrepreneurs set up their businesses, assisting in launching their startups and mobilizing the broader Jewish community to help support the endeavors and build a sense of global connection.

Part of the goal, SparkIL CEO Naama Ore explained, is forging “a people-to-people kind of connection… So [lenders] can decide if they want to help out an Ethiopian or an Arab or someone living in the north or the south or something addressing the environment or culture.”

After a project is fully funded on the platform, a business will have five years to pay back its loans. When lenders — who can lend a minimum of $25 to an initiative — are paid back, they have the option to have their money returned to them, or to reinvest those funds in other projects on SparkIL’s site.

SparkIL is already in conversation with groups including Masa Israel and the Jewish Funders Network to partner on future projects in an effort to engage younger generations in philanthropy and help to foster a connection with the Jewish state.

In addition to forging connections between Israel and Jews around the world, Ahronoviz hopes that helping small businesses grow will pay dividends in their local communities.

“Stable income is really the secret sauce for a healthy home and parenthood model, which is able to provide kids with stability and some optimism about the future,” she said.