Moving towards a universal gap year: A response to ‘Can a year in Israel transform your teen?’

For gap years to become universal and culturally normative for all Jewish teens graduating high school, there needs to be a grass roots groundswell.

“I’ve been able to explore and learn so much about myself on Year Course – figuring out how to live and share with other people, discovering a passion for cooking, learning more about Israel’s history…it taught me what it feels like to be part of the broader Jewish family here in Israel” – Recent reflections from participants in Young Judaea’s Gap Year Program

We affirm Gil Troy and Natan Sharansky’s strong statements about the importance of a gap year experience and their vision of an expansion into a “universal gap year.” As we at Young Judaea celebrate our 70th year as one of the largest non-Orthodox gap year providers, we aim to suggest some pragmatic solutions and relevant success stories towards the vision of making a large-scale expansion for the Israel gap year market a reality. 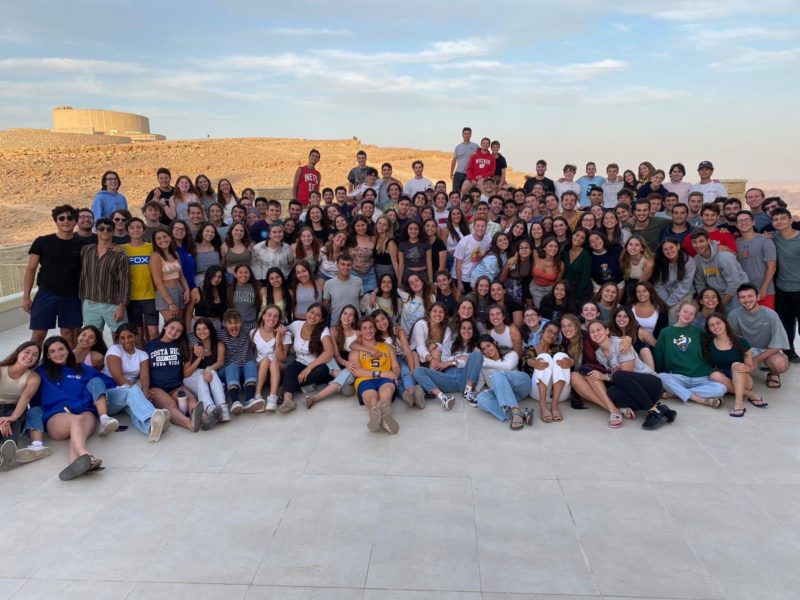 Despite the many challenges of the past two years, we have seen significant growth in the gap year market with Young Judaea’s Year Course’s participation increasing from 110 to 225. With many universities going virtual, incoming students elected instead to spend their tuition on a gap year abroad while things went back to “normal” back home. And now, as we round the corner of the second year of the pandemic, many families are continuing to choose the gap year path, opting for a year focused on more than academics, but of experiences and travel. This year there are close to 200 participants on Young Judaea’s Year Course and next year’s numbers are pacing ahead of last year. How can we continue to build on this upwards growth trajectory and move to scale?

The article posits that one of the challenges to a universal gap year is the quality or content of the programs in that they lack the “resume-building appeal,” rather than acknowledging their value in providing a life-changing journey of self-actualization and growth. The market is looking for value-added programs, not just a college year in Israel. A gap year in Israel provides much more than a resume-building opportunity with the chance to develop soft skills. Participants begin a self-actualizing process by immersing themselves in a diverse community, taking part in experiential education, participating in identity building exercises, all while exposing themselves to a wide range of ideas. In addition, participants learn to master the seemingly benign but critical life skills of living independently, having to manage a budget for the year, cook an occasional meal, do laundry and manage social situations. For a young person, the opportunity to spend a self-actualizing year abroad provides an accelerated track of maturity that is incomparable to their peers who go straight to university. It’s easier to fill gaps in knowledge than to fill gaps in character.

So, how do we create a tipping point towards a “universal leap year”?

A Rite of Passage

For gap years to become universal and culturally normative for all Jewish teens graduating high school, there needs to be a grass roots groundswell. Families that are currently sending teens on a gap year need to become the top promoters of the idea, as do the teens themselves. There is nothing more powerful than peer-to-peer recruitment. In addition, past participants of gap year programs, in particular influencers such as rabbis, educators and podcasters, must tell their story to inspire others. Another possibility is talking about the 13th year as the true year of graduation, opposed to the 12th grade year. The gap year ought to be seen as the culmination of one’s schooling and a rite of passage to university. And finally, exposure to the thousands of non-Orthodox Israelis who are participating in a gap-year program in Israel, could further accelerate the normalization of a gap year in North America.

Culturally normative is not enough. A gap year program could cost anywhere from $20-50k/year.  As future college students and their parents are telegraphing ahead at mounting college debts, there is little appetite for adding another year of costs to that financial obligation. One suggestion to overcoming this barrier is to lower the cost of participation across the board, regardless of need. Birthright Israel became culturally normative because it was free. We have seen the role of incentive funding in the form of vouchers as one successful model to lowering the psychological barrier to participation. One successful model that was launched last year was JumpSpark in Atlanta. Funded by the Zalik Foundation and powered by the local Jewish Federation of Atlanta, young adults were awarded between $10-15k in vouchers to attend a gap year program of their choice. This increased the number of gap year participants coming from Atlanta significantly. We see a similarly successful model in incentive funding in the camping space with One Happy Camper powered by the Foundation for Jewish Camp and funded by various local and national funders. This has enabled thousands of new campers to come into the system each year. Most recently, Root One, a project of The Jewish Education Project funded by the Marcus Foundation, provided $3000 vouchers for Jewish teens towards a summer of Israel travel. The program brought thousands of teens to Israel in just their first year. Of course, for families with financial need, additionally increasing the pool of needs-based scholarships would certainly make an impact as well.

Another solution is to work with universities to more universally accept the credits earned from gap year programs. Even the accredited programs are not accepted by all universities. In Young Judaea’s Year Course, you can finish your gap year and begin university with up to 26 college credits, essentially entering as a second semester sophomore! This mitigates the challenge of the cost of an additional year of university and, in the best case, might even save you a semester.

Gap years are becoming more acceptable in the secular academic sphere. Beyond academic rigor, all students identify a higher-level of preparedness and maturity compared to their peers who chose not to take a prep-year. While many universities accept and even encourage deferrals for the purpose of gap year programs, a growing number of universities are not allowing deferrals, making it an impractical choice for graduates. We must work with universities to continue to endorse the gap year experience.

Another possible addition to gap year programs for the purposes of academic benefit, are robust and serious internships. Although a growing area in post-college Israel programs, it is a bit more challenging for pre-college, because most companies will not hire high school graduates in a foreign country for a serious internship. Despite this, Young Judaea has successfully partnered with numerous organizations and corporations in Israel to create impressive and exciting internships in a variety of chosen fields to match the interests of the individual participants. To address the systemic problem identified by Troy and Sharansky, we will have to expand beyond the elites for high-level internships. In addition to academic institutions, the high-tech sector in Israel has much to offer. If the Israeli government were to provide incentives to companies for offering positions and training to young interns from abroad, companies would be more inclined to develop internship departments and structured programs.

One of the opportunities made possible by an extended stay in Israel is the chance to engage with the real Israel and to develop an authentic and personal perspective. True, a year in Israel could be a year of “arming” the next generation with propaganda and pro-Israel rhetoric but what we are seeing, particularly within the non-Orthodox Gen Z and increasingly among the modern Orthodox, is a growing frustration with Israeli politics and policy as dissonant with more progressive values, and this frustration is leading to disengagement and anti-Israel sentiment. Gap year programs ought to be scaffolded in an intentional way to help young adults thoughtfully and carefully engage critically with an authentic Israel. Much has been written about the shock that sometimes comes when young adults encounter alternative narratives about Israel in college. Gap year programs should not be governmental propaganda, but rather an opportunity to develop a sophisticated, thoughtful, and personal connection to Israel and an opportunity to acquire the tools to encounter narratives other than one’s own. Of course, the ideal is that a young person is not waiting until their gap year to begin to encounter the complexities, but that is a discussion for another article about how we might scaffold a developmentally appropriate Israel education through the arc of one’s Jewish education. Since it will be some time before all programs make this shift, gap year programs should be prepared to act as a bridge and to provide the tools to manage the cognitive dissonance and disappointment that no doubt will come when we move from falafel and Israel day parades to encountering contemporary Palestinian narratives and meeting settlers in the West Bank. Just imagine these gap year alumni becoming the future leaders on campuses and if this becomes a universal gap year, they would no longer be the minority but find solidarity within a critical minority if and when they encounter dissenting views.

To move toward a universal gap year, there needs to be a radical expansion of the non-Orthodox gap year marketplace. Diverse programs that cater to the diversity of participants out there. One approach to this is to have various providers with differentiated approaches for various audiences. Another is a small but strong market of providers offering a variety of tracks. We would want to create opportunities for participants in similar niche programs/tracks to meet with one another, but that could easily be done with cohorts, fellowships or cross-gap year retreats.   To significantly scale gap year, there will need to be an infusion of resources to develop existing and new programs as well as to grow the recruitment and marketing infrastructure in North America. Some of this infrastructure could be collective – raising the overall brand and perception of a gap year program in Israel with a regional recruitment model not so dissimilar from those of summer camps, where recruiters are embedded in local communities and provide a concierge referral model to gap year programs. Additionally, there are opportunities to leverage communal investments by directly marketing to the thousands of teens now making their way to Israel through Root One’s summer Israel programs. Creating a pipeline from a summer teen Israel experience to a gap year in Israel will deepen and extend the impact of the initial travel experience across various markers of Jewish identity and connection to Israel.

In this article we have proposed various strategies to move towards a universal gap year.  Through a change in culture, a lowering of barriers and a strategic infusion of resources, we may create the tipping point that will make the gap year a universal rite for all Jewish teens.

Rabbi Adam Drucker is the director of education for Young Judaea Israel and Cantor Adina Frydman is the CEO of Young Judaea Global.